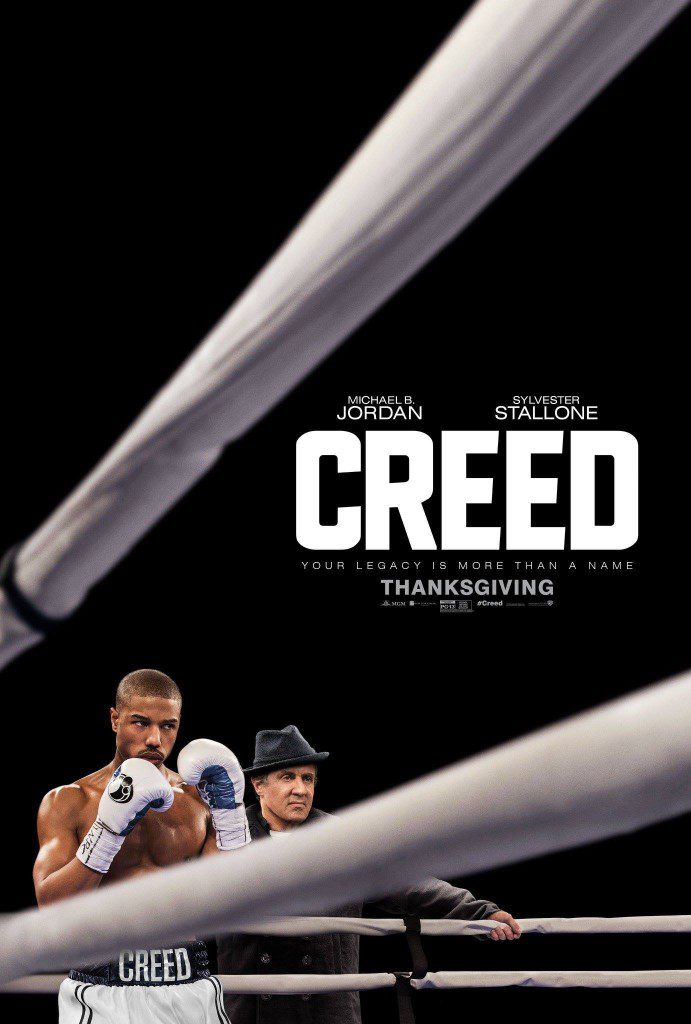 (Victor Valley)—In 1976, the world was introduced to the most beloved cinematic boxer in history as Rocky hit the silver screen. Sylvester Stallone embodied the “Italian Stallion”- a champion for the people who overcame insurmountable odds. But nobody can fight in the ring forever, and with almost 40 years having passed since the original film, who would step into the ring and delight moviegoers everywhere as the new face in the Rocky franchise? I bet nobody thought the young actor Michael B. Jordan would be the one. With Creed, he clearly shows he is the right choice.

Though not “Rocky” film, Creed takes us right back into a world where Rocky Balboa is a household name, and the deceased former champion Apollo Creed was one of the best boxers on the planet. As fans of the franchise know, Apollo met his demise at the hands of the Russian nightmare, Ivan Drago. With Creed, we see that Apollo’s untimely death kept him from meeting his son, Adonis (Michael B. Jordan). Adonis grew up without his parents, living in the system of group homes and letting out his aggression with his fists, not knowing who his dad was. After Apollo’s wife tracks down the young Adonis, she adopts him and tries to help guide him down a better life- but you can’t take the fight out of fighter.

Directed by Ryan Coogler (Fruitvale Station), the film takes us into the adult life of Adonis, as he struggles to become a fighter outside of his father’s shadow. In order to step up his game, he heads from his home in Los Angeles to Philadelphia, searching for the man his father fought his best fights against- Rocky Balboa (Sylvester Stallone). But the aging Balboa wants nothing to do with the ring as he struggles with life and the loneliness it can bring. Of course, Balboa eventually caves in and trains Adonis as they both prepare for the fights of their lives.

Jordan delivers an excellent performance as the young boxer, who is not only struggling with his career choices, but life choices as well. We get a brash, unpolished fighter with the heart and desire, but needing to gain the insight and skills needed to make it to the big fights. Stallone is amazing as the boxer most of us grew up watching- the film adds so much more depth to the character, and shows how loss has really taken its toll on the Philly’s champion. Everyone here delivers spot on performance, all fitting seamlessly into the Rocky Balboa world.

This film feels like what a modern day Rocky film should feel like- the fight scenes are graphic, showing us the impact of every blow, and the aftermath as well. We get some of the classic musical scoring, as well as music from this generation infused into it, making for a great soundscape. I left the film wondering what’s next for the young Creed and Balboa. As long as we see a sequel, I don’t care who throws down in the ring. One of the best films to hit this season, Creed is one-two punch of greatness.