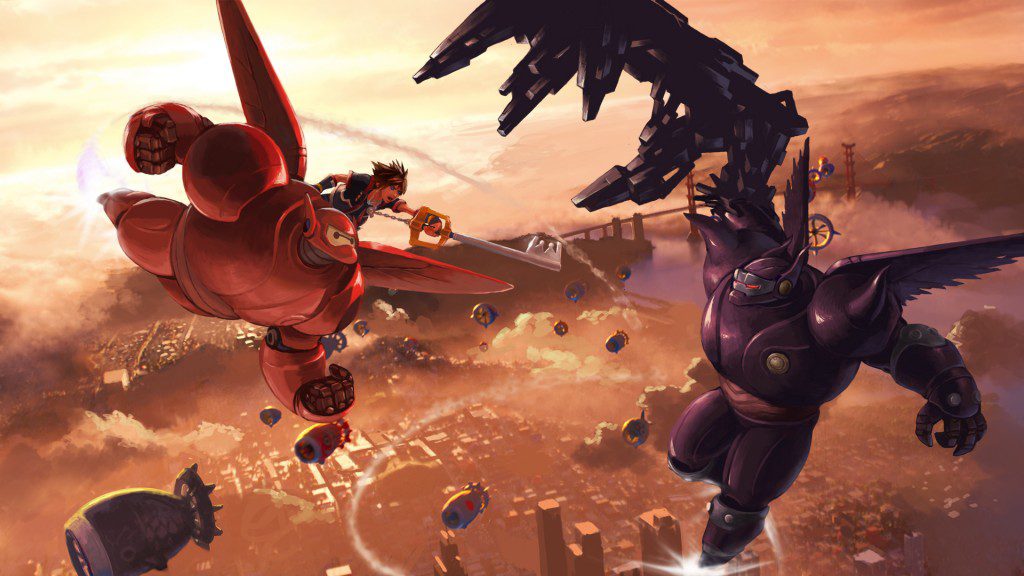 “We have the most exciting slate of upcoming game titles in our history, and we’re also focused on new platforms and technologies that enable us to develop experiences we would never have dreamed possible just a few years ago,” said Jimmy Pitaro, co-chairman of Disney Consumer Products and Interactive Media and president of Disney Interactive.

Highlights from today’s presentation include:

• John Boyega and Daisy Ridley, co-stars of Star Wars™ The Force Awakens, surprised guests on stage and gave away their character figures, Finn and Rey, for the upcoming Disney Infinity 3.0 Edition Play Set based on the film. Photos can be found here http://smu.gs/1JacMiq.

• Coming this Fall, Playmation Marvel’s Avengers Gamma Gear – inspired by the 7-foot Hulk – lets you smash into battle using motion-sensing technology putting you in the Avengers action. Slip your hands into the Gamma Gear and use the motion-based controls to smash your way through missions and stomp through battlegrounds with different Hulk moves like Ground Slam, Thunder Clap, and other combos.

• Disney Interactive announced Disney Magic Kingdoms, a new mobile game being created with Gameloft that lets players build the Disney theme park of their dreams by recreating and placing iconic attractions such as Space Mountain, Haunted Mansion, California Screamin’ and many more in a fun animated landscape. For full information about Disney Magic Kingdoms visit http://bit.ly/1hgFvwo.

Disney Infinity is an interactive gaming platform where players have unprecedented freedom and endless opportunity to create stories and play experiences starring the beloved characters from across The Walt Disney Company. Building on the success of Disney Infinity 1.0 and 2.0, Disney Interactive announced its latest installment to the best-selling “hybrid toy/video game” this year — Disney Infinity 3.0 Edition. In its third iteration,
players will utilize real-world interactive figures to activate original storylines (Play Sets) in the virtual game worlds of popular Star Wars franchises and create new adventures with other Disney Infinity characters from across the Walt Disney Company in the Toy Box mode.

Disney Infinity 3.0 is rated E-10+ by the ESRB and will be available in stores this fall. For
more information, visit Disney.com/Infinity.

Disney Consumer Products and Interactive Media (DCPI) is the business segment of The Walt Disney Company (NYSE:DIS) that brings our Company’s stories and characters to life through innovative and engaging physical products and digital experiences across more than 100 categories, from toys and t-shirts, to apps, books and console games. DCPI comprises two main lines of business: Disney Consumer Products (DCP), and Disney Interactive (DI). The combined segment is home to world class teams of app and game developers, licensing and retail experts, a leading retail business (Disney Store), artists and storytellers, and technologists who inspire imaginations around the world.

Marvel Entertainment, LLC, a wholly-owned subsidiary of The Walt Disney Company, is one of the world’s most prominent character-based entertainment companies, built on a proven library of more than 8,000 characters featured in a variety of media over seventy-five years. Marvel utilizes its character franchises in entertainment, licensing and publishing.

D23 EXPO—The Ultimate Disney Fan Event—brings together all the worlds of Disney under one roof for three packed days of presentations, pavilions, experiences, concerts, sneak peeks, shopping, and more. The event provides fans with unprecedented access to Disney films, television, games, theme parks, and celebrities. Presentations, talent, and schedule subject to change. For the latest D23 EXPO 2015 news, visit D23EXPO.com. To join the D23 EXPO conversation, make sure to follow @DisneyD23 on Twitter and use #D23EXPO.

The name “D23” pays homage to the exciting journey that began in 1923 when Walt Disney opened his first studio in Hollywood. D23 is the first official club for fans in Disney’s 90-plus-year history. It gives its members a greater connection to the entire world of Disney by placing them in the middle of the magic through its quarterly publication, Disney twenty-three; a rich website at D23.com with members-only content; member-exclusive
discounts; and special events for D23 Members throughout the year.

Fans can join D23 at Gold and General Membership levels at D23.com and at DisneyStore.com/D23. To keep up with all the latest D23 news and events, follow DisneyD23 on Twitter, Facebook, Pinterest, and YouTube.
©Disney. STAR WARS © & ™ Lucasfilm Ltd. All rights reserved.