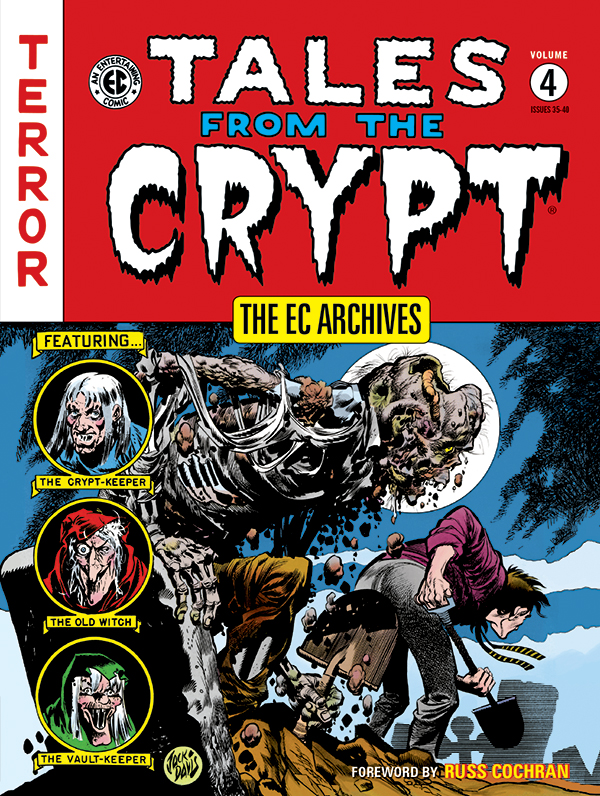 Dark Horse To Publish EC Library: TALES FROM THE CRYPT- Coming This Halloween

(MILWAUKIE, OR)–As announced during the Diamond Retailer Lunch at Comic-Con 2013, the publishing maverick Dark Horse Comics, known for the best in both new and original material as well as archiving comics’ most important works, announced one of its biggest undertakings yet!

Without question, Bill Gaines’s Entertaining Comics produced some of the greatest works in the history of the medium, from the likes of such industry legends as Jack Davis, Wally Wood, and many, many more. EC Comics produced many of the 1950s’ most controversial and talked-about works, including such legendary anthologies as Two-Fisted Tales, Weird Fantasy, and of course, Tales from the Crypt.

Now, Dark Horse will work with comics luminary Russ Cochran, under the careful guidance of Cathy Gaines, to continue this legacy with the release of Tales from the Crypt Volume 4 in October, with Vault of Horror Volume 3 following in January!

“I have admired Mike Richardson and Dark Horse for many years and am very pleased to be working with them to bring the remainder of the EC archives to fans everywhere,” said Russ Cochran. “Dark Horse’s strength and clout in the marketplace will open new avenues of distribution for these great comic books.”

Tales from the Crypt Volume 4 arrives on sale at finer comic shops everywhere for $49.99 on October 30, 2013, just in time for Halloween!