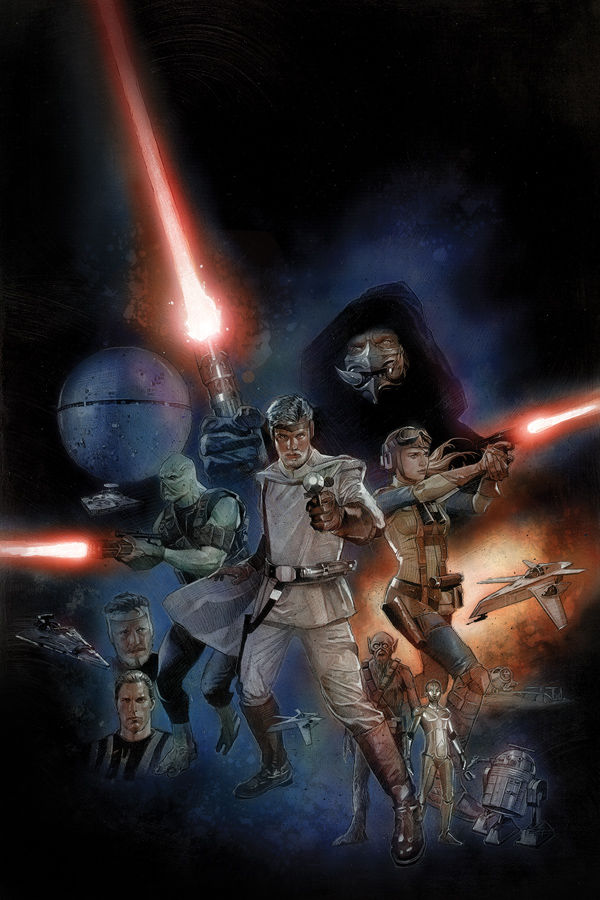 Yeah, this isn’t the droid you were looking for, this is a whole new universe!

Check out the trailer for The Star Wars #1 from Dark Horse, which is based on the original rough draft script that George Lucas made, which eventually became the Star Wars we know and love. Luke? Bearded, battle hardened fighter with a striking resemblance to good old George Lucas himself. Annikin (yeah, odd spelling) is a young hero fighting by Luke’s side, and Han is…a big, green alien??? I just hope if, IF Greedo makes an appearance, that Han, yes, shoots first.

This not only looks amazing, but this is a piece of pop culture history. Make you to pick this up when it hits in September!

1 thought on “Dark Horse’s The Star Wars #1 Trailer is Here!”