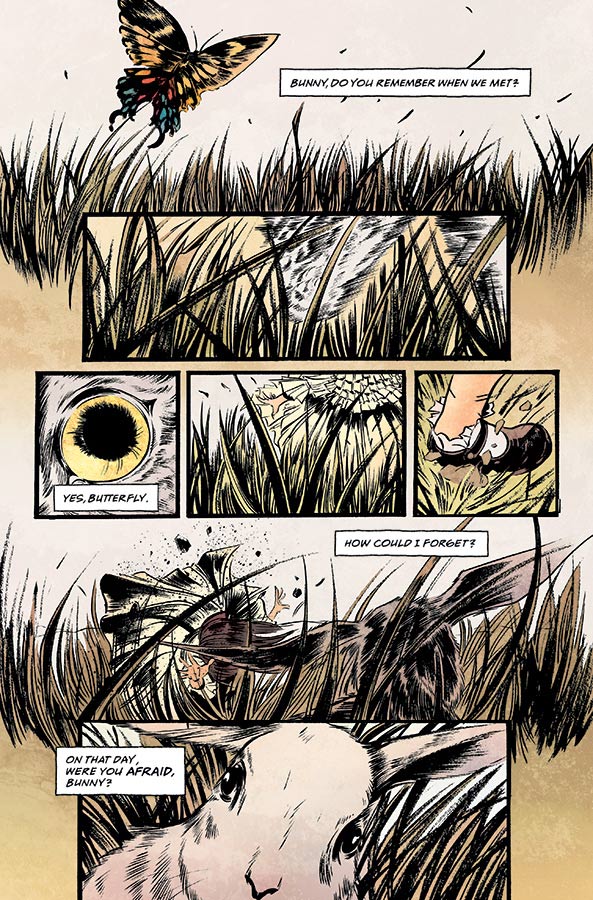 Death’s Daughter Rides This October with Pretty Deadly, Check Out a Preview!

Ginny is Death’s daughter, a reaper of vengeance. She rides through the West on a horse made of smoke, her face tattooed with her heritage, and deals in revenge. She is the mysterious, elusive center of PRETTY DEADLY, the first creator-owned comics series by acclaimed writer Kelly Sue DeConnick (Captain Marvel, Ghost, Osborn) and artist Emma Ríos (The Amazing Spider-Man, Osborn), coming from Image Comics in October.

“The book is absorbing us while breathing on its own,” said Ríos. “Sometimes I feel we are hidden behind a rock, gasping, watching the characters do their things.”

“This book has defied my directives at every turn, but made it up to me in a series of goosebump moments where things came together as if by magic,” said DeConnick.

Having worked together on Marvel’s Osborn, DeConnick and Ríos found common ground in their love of Westerns and Japanese cinema for PRETTY DEADLY. DeConnick was inspired by spaghetti westerns, Japanese “pinky violence” films, and Grimm’s fairy tales, while Ríos found her visual language for the series by absorbing both Westerns and samurai films. Colorist Jordie Bellaire (THE MANHATTAN PROJECTS, NOWHERE MEN) maintains the earthy, dusty atmosphere of the art, as well as the magical tone of the story, thanks to a subdued palette punctuated with bursts of vivid color.

“We wanted a very Leone feel to it. As we worked, I felt we were straying from that original notion and though I came to love the direction the book insisted on going, I felt a twinge of grief at the loss of the Leone connection. I don’t know why, but I did,” said DeConnick. “Then a friend of mine quoted this Leone line to me: ‘The important thing is to make a different world, to make a world that is not now. A real world, a genuine world, but one that allows myth to live. The myth is everything.’ So in the end, it seems we haven’t strayed at all.“

The first issue of an ongoing series, PRETTY DEADLY #1 will be in stores on October 23 and can be pre-ordered from the August issue of Previews (AUG130504).