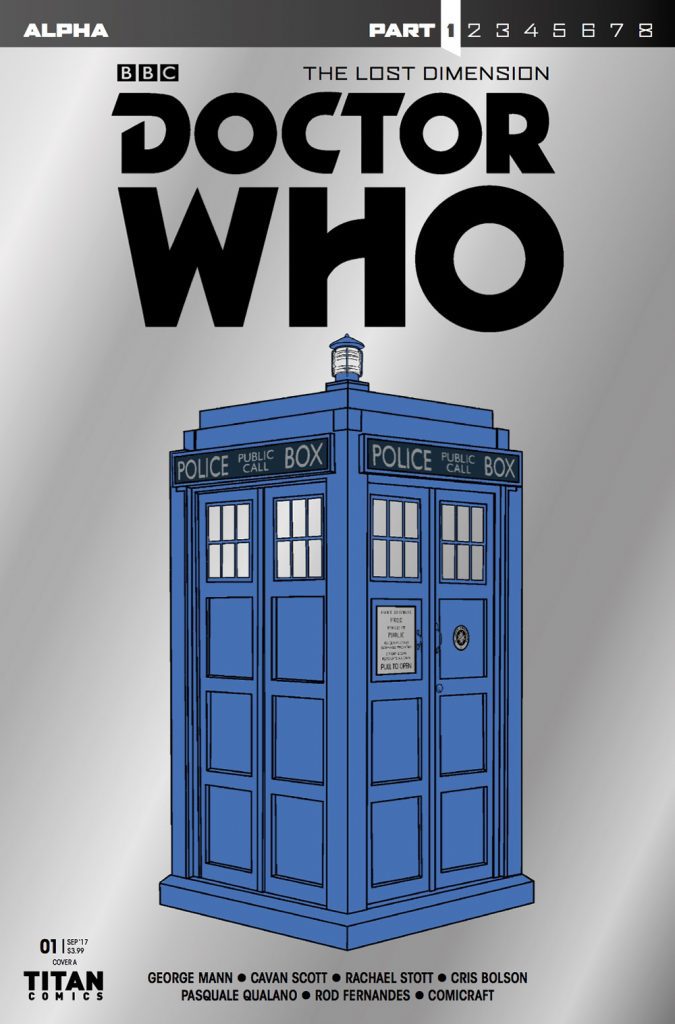 Doctor Who The Lost Dimension Alpha Part 1: Doctor(s) Who vs The End of the Universe

Titan Unites the Doctors in this Doctor Who Home Run

In the long period between now and the new season of Doctor Who, Titan Comics looks to fill the Time Lord shaped hole in Whovian’s hearts.

While it may be over a year until Jodie Whitaker’s first season, Whovians do not have to wait that long to get their Time Lord fix. Titan Comics puts out several amazing Doctor Who titles featuring several favorite incarnations of The Doctor. Their latest installment looks to be their biggest story to date.

The Lost dimension (Alpha) is the multi-Doctor story that fans have been dreaming of. With Captain Jack Harkness and another surprise guest star, this story is packed with characters that fans have grown to love.

When a mysterious white hole starts wreaking havoc throughout the universe, Captain Jack and several Doctors find themselves caught in its destructive path. Leaving off with a nail-biting cliffhanger, The Lost Dimension Part 1 will have readers counting the days until the second issue.

Writer Cavan Scott will have readers counting the number of Doctors and other beloved guests gathered in the first issue. While telling a multi-Doctor story, Scott is able to show each incarnation’s personality with witty dialogue and intense action.

Artist Rachael Stott is able to bring this amazing story to life. Each Doctor and the guest stars are easily recognizable. The action scenes also give the reader a true sense of danger.

Rating: 9.75 out of 10
Titan Comics hits another Time Lord sized home run with this latest adventure.