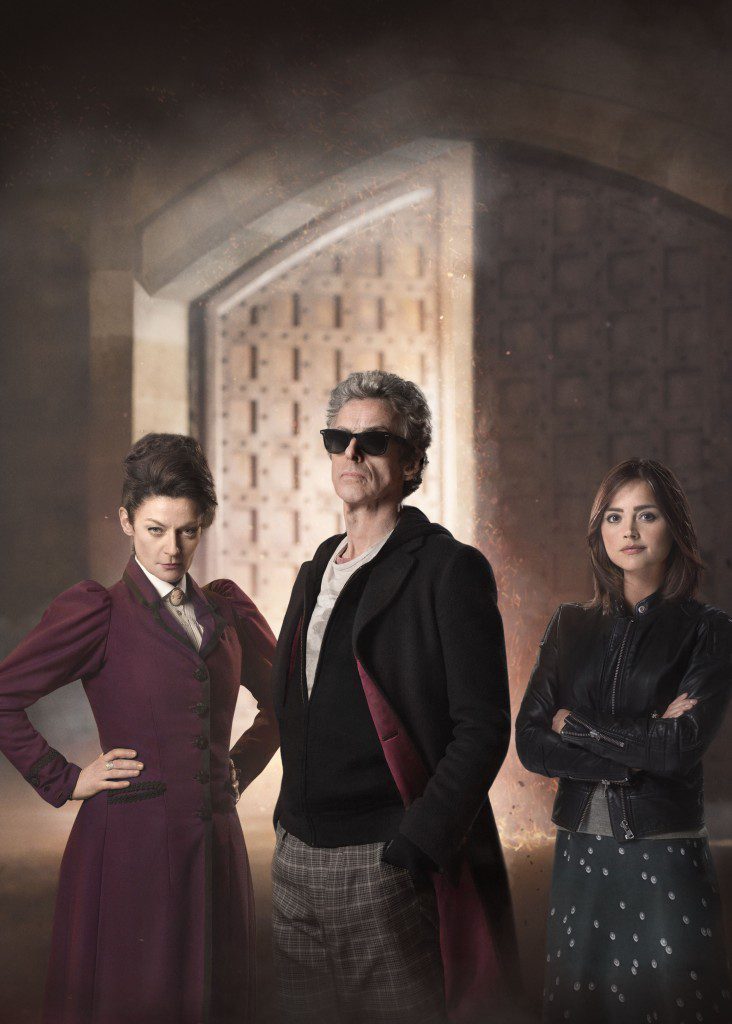 (Victor Valley)– The first episode of a new season is always a cause for celebration among Whovians. Having waited almost 9 months since “Last Christmas” fans were eagerly awaiting the return of The Doctor and Clara and they were not disappointed.

With internet rumors, leaks, and fan theories so prevalent today, it is very difficult for television shows to keep important plot points from being made public. It had been announced months ago that Missy (the female regenerated Master) would be returning for the season-opening 2-parter. It was assumed that she would be the primary antagonist for the first 2 episodes. What was not known is that she would be on The Doctor’s side (kind of) against the true surprise villain of the episode, Davros.

In one of the more shocking Dr. Who moments in years, the child that The Doctor is trying to save from a (hand) mine field in the beginning of the episode reveals his name as Davros to a dumbfounded Peter Capaldi. As it turns out, The Doctor would be facing off against the creator of the Daleks who (like The Master) was mysteriously alive after being assumed dead.

After the initial shock wears off, fans are treated to an interesting re-introduction to Missy, Clara, and UNIT as they try to track down the AWOL Doctor. Upon finding him, he provides his own hilarious introduction into a medieval tournament by playing an electric guitar while riding a tank.

By the end of the episode, The Doctor, Clara, and Missy have ended up as prisoners on Skarro. After watching the Daleks seemingly kill Missy and Clara and then destroy the TARDIS, a desperate Doctor is seen revisiting the young Davros and pointing a Dalek weapon at him while uttering the word “exterminate”.

For a season premiere, this episode delivers on all fronts. With a surprise villain from The Doctor’s past, an enigmatic Missy along as a “companion”, and the return of the Daleks, Stephen Moffat rewards the patience of Whovians that have waited 9 months for a new episode. While we do not see what The Doctor does after the child reveals his name, it is a safe assumption that whatever he does, creates the evil Davros who in turn, creates the Daleks. Moffat brilliantly begs the question: Is The Doctor responsible for creating his own greatest enemy?

There have been many fans that have criticized this episode because of Capaldi’s over-the-top appearance riding the tank. Unlike them, I had to pause the DVR because I was laughing out loud and could not hear the following dialogue. It was a welcome and fun moment in the otherwise serious episode. The second that The Doctor points the weapon at Davros and the credits rolled, I had to start the episode over and watch it all over again.

Rating 5 out of 5. We get a full range of emotion from The Doctor and a cliffhanger where The Doctor embodies his inner Dalek.