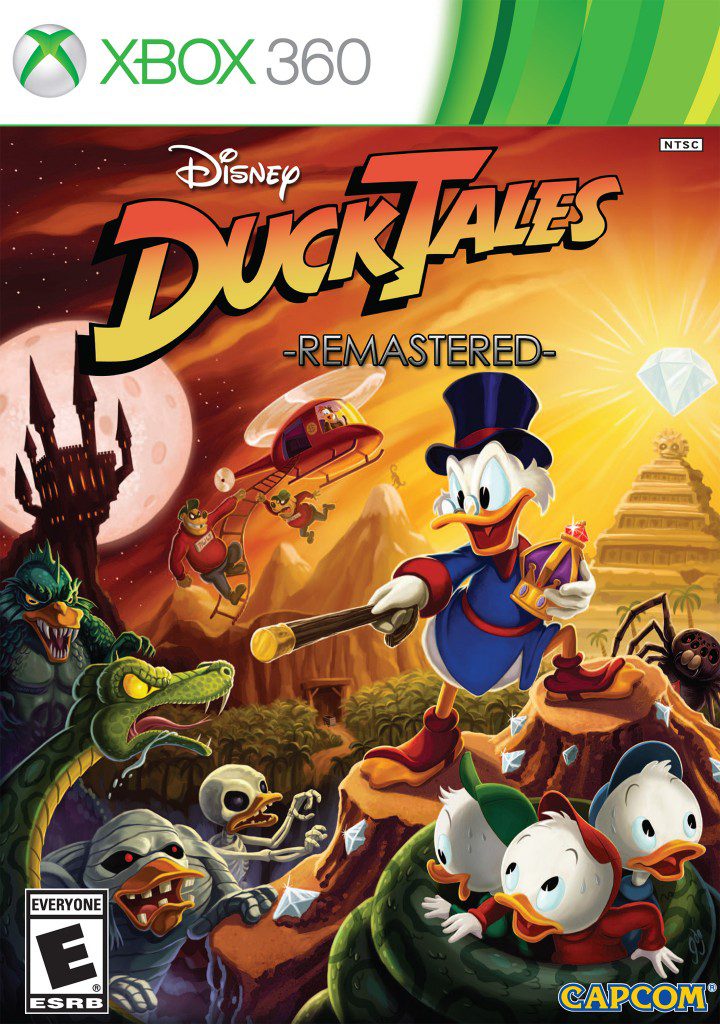 (Victorville)—“Life is like a hurricane,” many of us remember the familiar show tune line from the animated series DuckTales, which ran from 1987-1990 on the Disney Afternoon programming block. In the midst of the animated series, a game was released for the NES, and it was years ahead of its time. Now, the game has been remastered with today’s graphics, but does the core of the gameplay stand up to today’s standards?

When the original came out, I was just a kid, and even then I was blown away by it. It was my all time favorite game on the NES, and even when the cartridge was broken, I still played the game with a massive hole in the casing. I was beyond excited when the remastered edition was announced, and a little worried. Would the developers mess up one of my fondest childhood memories?

The greatness that I remembered is back, and has never looked better. The side scrolling action is intact, with graphics that look like you are playing a cartoon. Honestly, the graphics are that good. Not only that, but the voice cast from the cartoon have reprised their roles here, so what you are getting is a true throwback to an amazing childhood memory, complete with the theme music. The game plays just like you remember, with pogo jumps and cane swings, boss battles and more.

I cannot recommend this game enough; it is an amazing game, and I am glad that the younger generation will have a chance to experience the fun of Disney Afternoon on their new consoles. I give DuckTales: Remastered a perfect 10 out of 10.