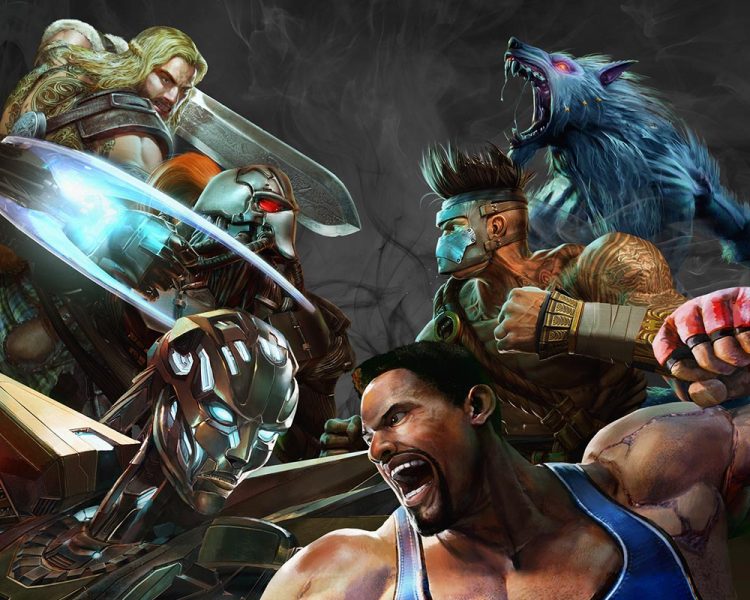 Resurrected as a launch title for the Xbox One in 2013, KI is a fighting game which first saw an expansion into comic book storytelling alongside the release of the original game in 1994. Now, Dynamite Entertainment and Microsoft announce the game’s return to comics in 2017!

Being one of the most downloaded Xbox One franchises, KI totals over seven million unique users, and clocking over three billion collective minutes of gameplay since its launch in 2013!

“We are thrilled to enter into a partnership with Microsoft Studios with Killer Instinct,” says Nick Barrucci, Dynamite CEO and Publisher. “As we continue to expand our line of video game tie-in titles, Killer Instinct is a perfect choice with great characters to explore and expand upon. The comics will be the beginning of a publishing program, which we will announce more details around soon! I think fans will be very pleased with what we have coming.”

“Comics is something the Killer Instinct fans have asked for again and again since launch. With the release of our newest expansion, Shadow Lords, players can see that the Killer Instinct cast has some fantastic back stories and there are still more stories to be told,” says Earnest Yuen, Executive Producer for Killer Instinct at Microsoft. “We love Dynamite Entertainment’s work and our team is incredibly excited to have them as a partner to expand upon the KI universe in the upcoming comic series.”

“I played Killer Instinct back in its original incarnation and I was always impressed with the great character designs and interesting world that they had built out from the start,” said Dynamite Director of Business Development Rich Young. “This is a game that has a rich history now… and they keep adding to it with more cool characters and game features on a regular basis, which is helping it gain even more fans. I’ve spoken a couple times with the KI team, and their passion really comes through, so I already know we’re going to create some amazing work here. It’s going to be a very fun world to play around in!”

Look for further details on Dynamite Entertainment’s Killer Instinct publishing program to be announced in the coming months, with the comic series making its debut in the latter half of 2017.