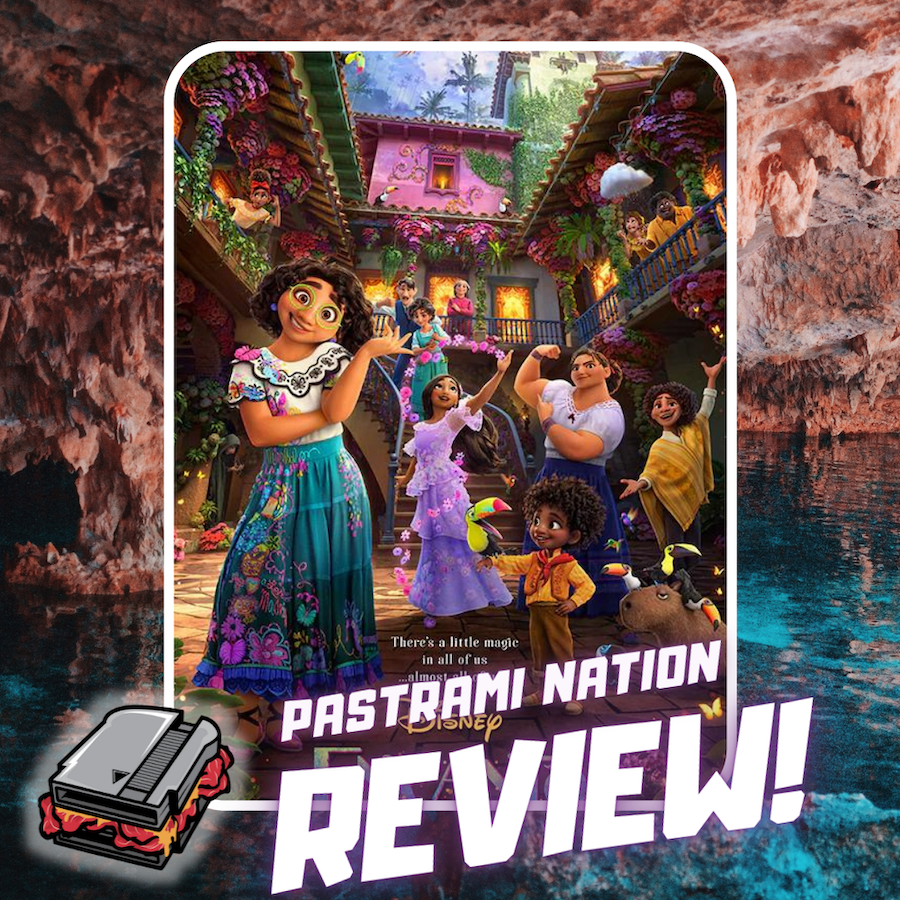 What do you get when you mix Disney magic with the genius of songwriter and storyteller Lin-Manuel Miranda? You get Encanto, the studio’s most narratively ambitious animated film to date. It’s a story rooted in culture and family, one that feels deeply personal for a movie of this caliber.

Encanto is about the extraordinary Madigral family who live hidden in the mountains of Columbia. Their home is a charming place called The Encanto, which is filled with mystery and magic. Every member of the family is blessed with a unique gift as a child through the house- everyone except Mirabel. Feeling like the black sheep, she soon finds that she may be the family’s last hope when she discovers the magic surrounding the Encanto is in danger.

The thing about Encanto is that it’s not a big epic adventure but rather a personal journey that takes place in one house. Don’t let the house fool you, though; it’s full of hidden secrets and magical corridors that keeps the adventure going. Mirabel is our entry point into the story, having no mystical powers and feeling like an outcast in this world. As she discovers the mysteries of the house and the family, we are with her every step of the way. That’s part of its magic; we are figuring it out as she is.

On top of writing the wonderful music of this movie, Lin-Manuel Miranda also has a story credit on it. The music has his fingerprints all over it, ranging from toe-tapping Latin-inspired ballads to hip-hop-inspired beats and lyrical styles. You can hear the familiar musical cues apparent in his previous work (mainly “In The Heights”), which completely fits this world. It’s a moving and incredible tribute to Columbia and its rich music and traditions; it’s just beautiful. Themes of family and celebrating your heritage are also abundant in Encanto, which is strongly inspired by the aforementioned show he wrote and starred in. It feels personal in that sense; it is a Lin-Manuel Miranda film with a Disney shine to it. It may be a turn-off for some people, but it still captures that Disney charm, and everyone will find something to love about it.

The animation and the voice cast (which includes Stephanie Beatriz, John Leguizamo, Carolina Gaitán, and Wilmer Valderrama) are absolutely stunning in this film. It’s colorful and vibrant, offering amazing landscapes we have never seen before. The Encanto itself is full of life and beauty at every turn. The voices fit the characters perfectly, choosing a cast of performers who are of Latin descent. It all feels lived in and real, and it’s a combination you rarely get with anything but Disney.

It’s hard to say anything bad about this movie. It’s moving, charming and a lot of fun. The diversity seen on screen is a miraculous thing. It doesn’t rely on epic set pieces or an incredible quest to tell its story. It’s all about what’s on the inside, and the house of mouse has another hit on their hands that will be shared for generations to come. Don’t let this pass you up!