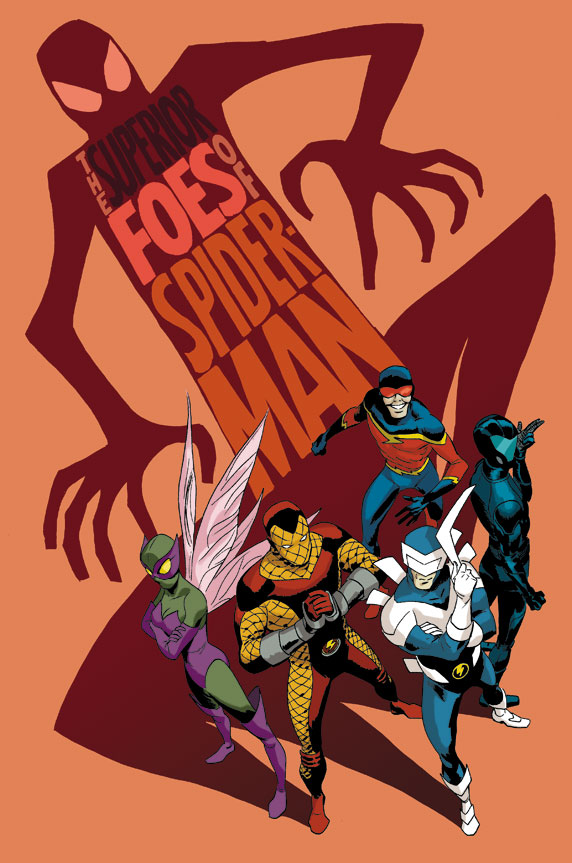 Enter- The Superior Foes of Spider-Man this July

With superior power comes superior responsibility…and superior villains!  Boomerang, Shocker, Speed Demon, the Beetle, and Overdrive take a cue from the Superior Spider-Man and get upgraded for a new era of evil – and the score of a lifetime! It’s a tale of suspense that’ll turn the Marvel Universe upside down – as only THE SUPERIOR FOES OF SPIDER-MAN can!

“The beauty of the Spider-Man world has always been that for all the web-slinging action and adventure, Peter Parker lives in the world outside your window and his villains reflect that,” explains Tom Brennan, editor, Marvel Entertainment. “The new world of Superior Spider-Man demands a look at the lives, lies, schemes and dreams of his villains.  Spider-Man’s evolved – will his villains as well?”

Following the embarrassing beating from Superior Spider-Man #1, can Boomerang and crew rebound to prove once and for all they can make it in the big leagues?

“This is a book about the working class guys; these are not the Kingpins or Green Goblins or Doc Ocks of the world,” explains Spencer in an interview with Marvel.com. “These are the small-time crooks looking for a quick score so they can pay their alimony and get the loan shark off their back. A lot of the book is from Boomerang’s perspective, and he’s very much aware of that—and he sees this new Sinister Six he’s formed as one last big shot at real money and real power. He’s got a lot riding on this.”

This July, Spencer and Lieber tangle with the Spider-Verse’s newly-infamous villains in The Superior Foes of Superior Spider-Man #1!

THE SUPERIOR FOES OF SPIDER-MAN #1
Written by NICK SPENCER
Art by STEVE LIEBER
Cover by MARCOS MARTIN
ON SALE JULY 2013!