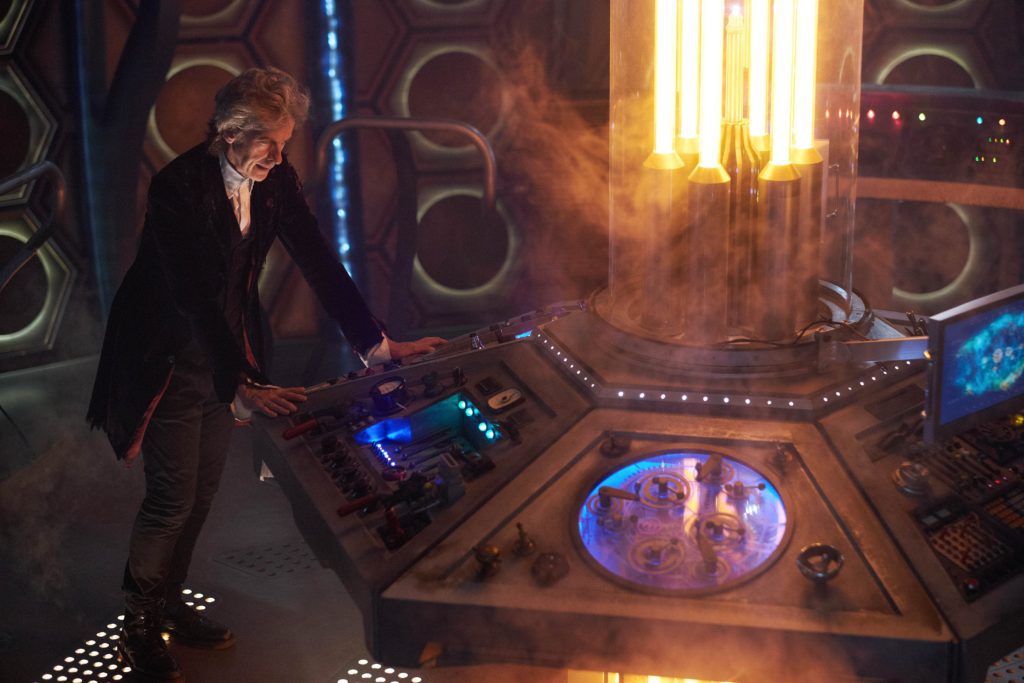 Viewers tuned in record numbers to BBC AMERICA on Christmas Day 2017 to say goodbye to Doctor Who’s Twelfth Doctor, played by Peter Capaldi, in the special Doctor Who: Twice Upon a Time. The annual programming event notched 2.2 million total viewers and 1.1 million adults 25-54 across its two Christmas telecasts in Nielsen live+7 ratings, propelling BBC AMERICA to its biggest night in over 2 years and a top 5 cable rank during the premiere telecast. The special posted double-digit increases from the most recent season of Doctor Who across all key demos and bested the previous year’s Christmas special by 62,000 viewers, making it BBC AMERICA’s most-watched telecast in two years.

The special, which also featured the first glimpse of Jodie Whittaker’s history-making debut as the Thirteenth Doctor and first female Time Lord, also drove huge fan engagement – it was the #1 most social program of the week and the most social program on Christmas Day for the fifth consecutive year, driving 75% more engagement compared to the 2016 Doctor Who Christmas special.

Sarah Barnett, BBCA President, commented: “At a time when there is more competition for viewers’ attention than ever, a record-setting number of fans made it a ‘Doctor Who’ Christmas on BBCA, underscoring the increasingly rare power of this franchise. This year the show bid a memorable farewell to the brilliant and unique team of Steven Moffat and Peter Capaldi.  As the Twelfth Doctor has said, “everything ends and it’s always sad.  But everything begins again too and that’s always happy”.  In that spirit, let’s happily anticipate Chris Chibnall’s first season as showrunner later this year, ushering in Jodie Whittaker as the Thirteenth Doctor and the first female incarnation of the Time Lord.”

Additionally, Farewell to Capaldi, the special that aired immediately following Doctor Who: Twice Upon a Time, saw a franchise-best retention for Doctor Who, holding three-quarters of the Christmas Special’s audience in live/same-day and two-thirds in live+7.

It was announced last year that Whittaker would take over as the new Doctor, succeeding Peter Capaldi to become the Thirteenth Time Lord. She will be joined by an all-new cast including Bradley Walsh, Mandip Gill, and Tosin Cole. From new head writer and executive producer Chris Chibnall, Doctor Who returns this fall on BBC AMERICA.

Doctor Who is a BBC Studios production for BBC One and a BBC AMERICA co-production. BBC Worldwide is the international distributor for Doctor Who.