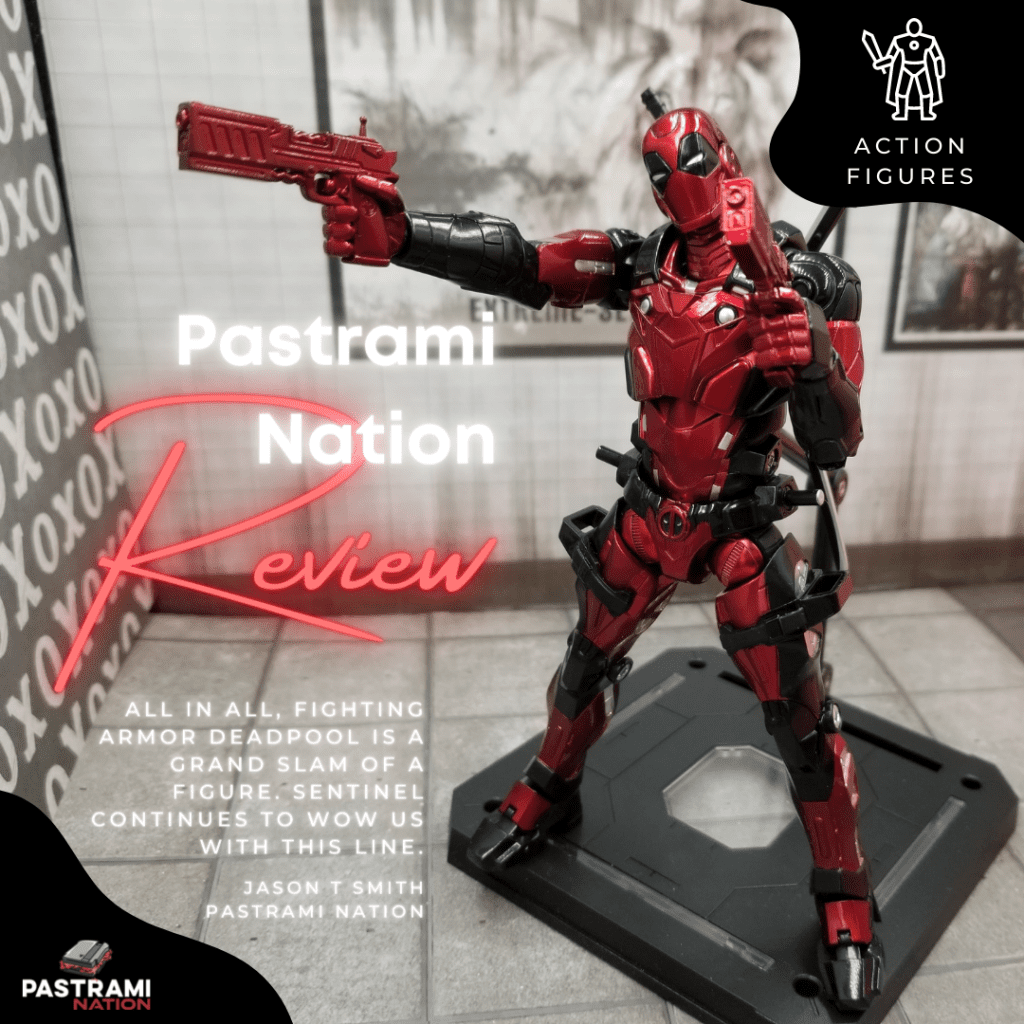 Fighting Armor Deadpool. Those three words alone are enough to get me to buy an action figure without even seeing it. It just sounds so badass, especially if you’re a Deadpool fan. Thanks to the good folks over at Bluefin/Bandai, I did see it and touch it. They were kind enough to grace us with a review copy of the new Marvel Fighting Armor Deadpool figure from Sentinel, and it did not disappoint!

Like the previously released Marvel Fighting Armor figures, Deadpool is loaded with super articulation and the same density we’ve come to expect from these remarkable figures. I mean, this figure HAS weight to it, not to mention the beautiful metallic red paint job. Oh, and did I mention accessories—lots of them. Deadpool comes with a wide variety of hands, from closed fists to gripping hands and multiple DIFFERENT gripping hands. Hey, he can’t hold his swords in his trigger finger hands, right? You really get your money’s worth with this mechanical merc. All those hands plus swords, guns, and spinning blades make for hours of fun posing this guy.

All in all, Fighting Armor Deadpool is a grand slam of a figure. Sentinel continues to wow us with this line. My only gripe is the same gripe I’ve had with the past Fighting Armors. I wish the stand were clear instead of black, mainly for photography purposes, as it somewhat interfered with the picture. It’s a very nice quality stand, no doubt. I would like to see this same stand design done in clear plastic, which may be sold separately on its own. This figure is a must for any Deadpool fan or just fans of quality action figures.