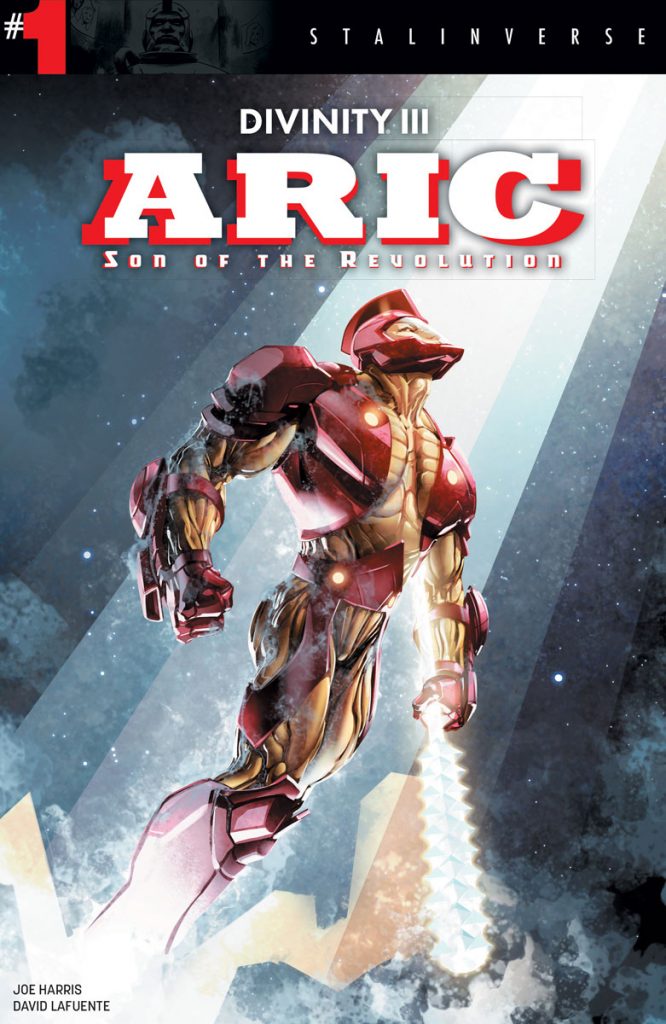 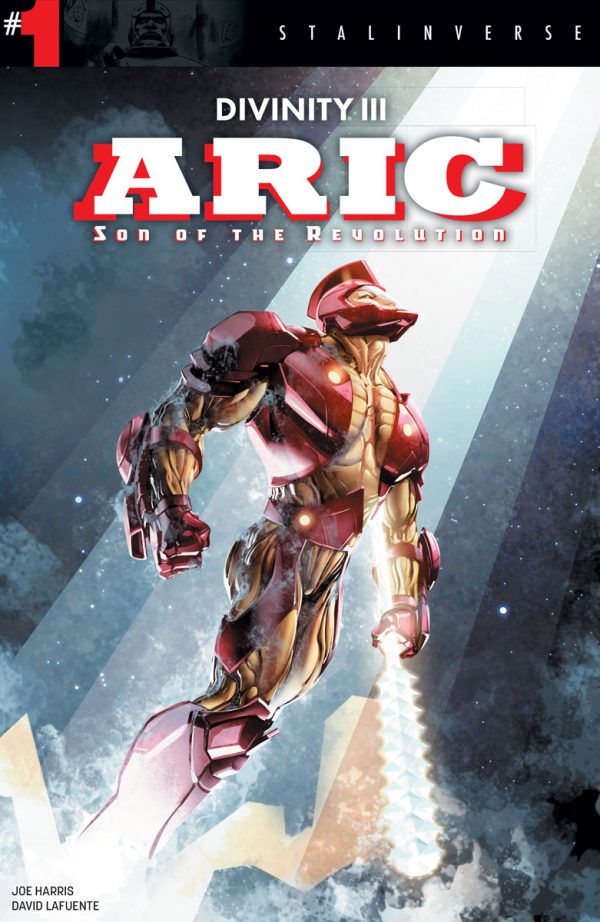 Plus: The Stalinverse Wreaks Havoc with DIVINITY III: KOMANDAR BLOODSHOT #1 in December and DIVINITY III: ARIC, SON OF THE REVOLUTION #1 in January!

On December 21st, the sold-out sci-fi saga that redefined the Valiant Universe begins a reality-shattering comics event that will collide the world’s most formidable heroes with a disturbing new vision… One where a worldwide Soviet empire now rules a world order… The Iron Curtain extends across continents, shattering governments and armies in its wake… And the communist global super-state rules not only with an iron fist, but with powers far beyond the comprehension of mortal men. 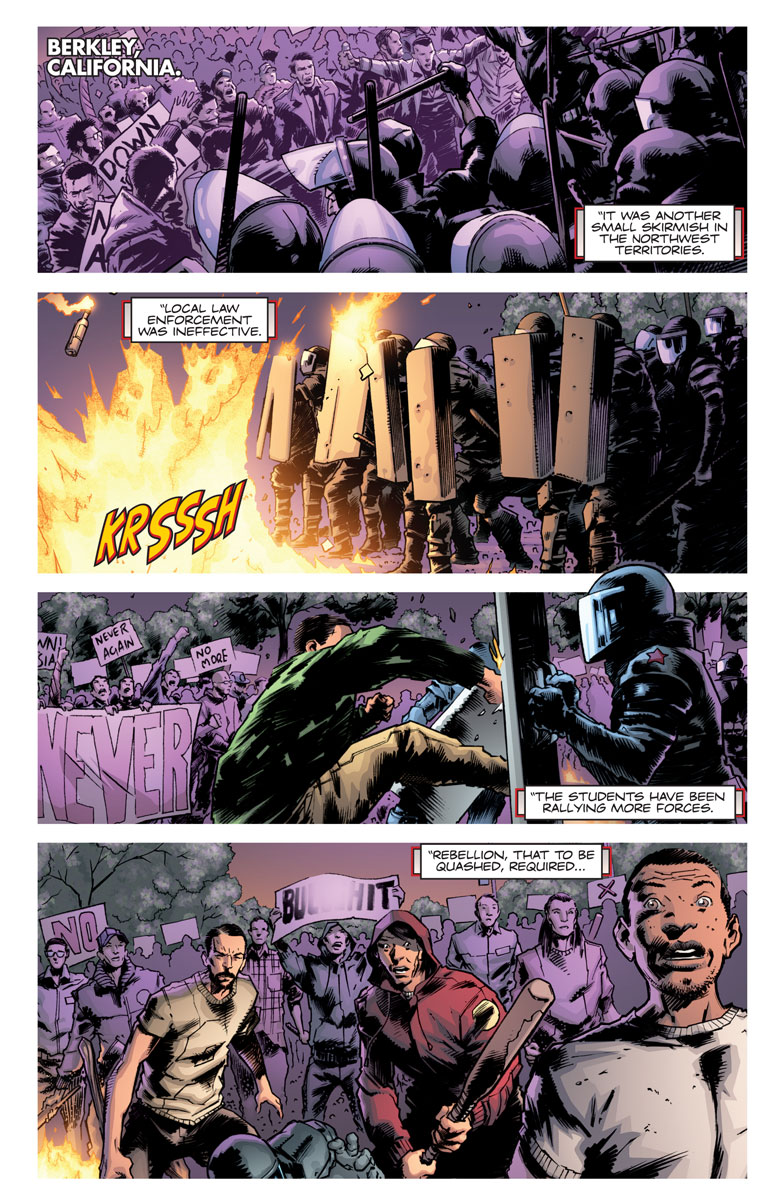 Earth has a new god. The world you know is gone. Welcome to the Stalinverse, comrade. 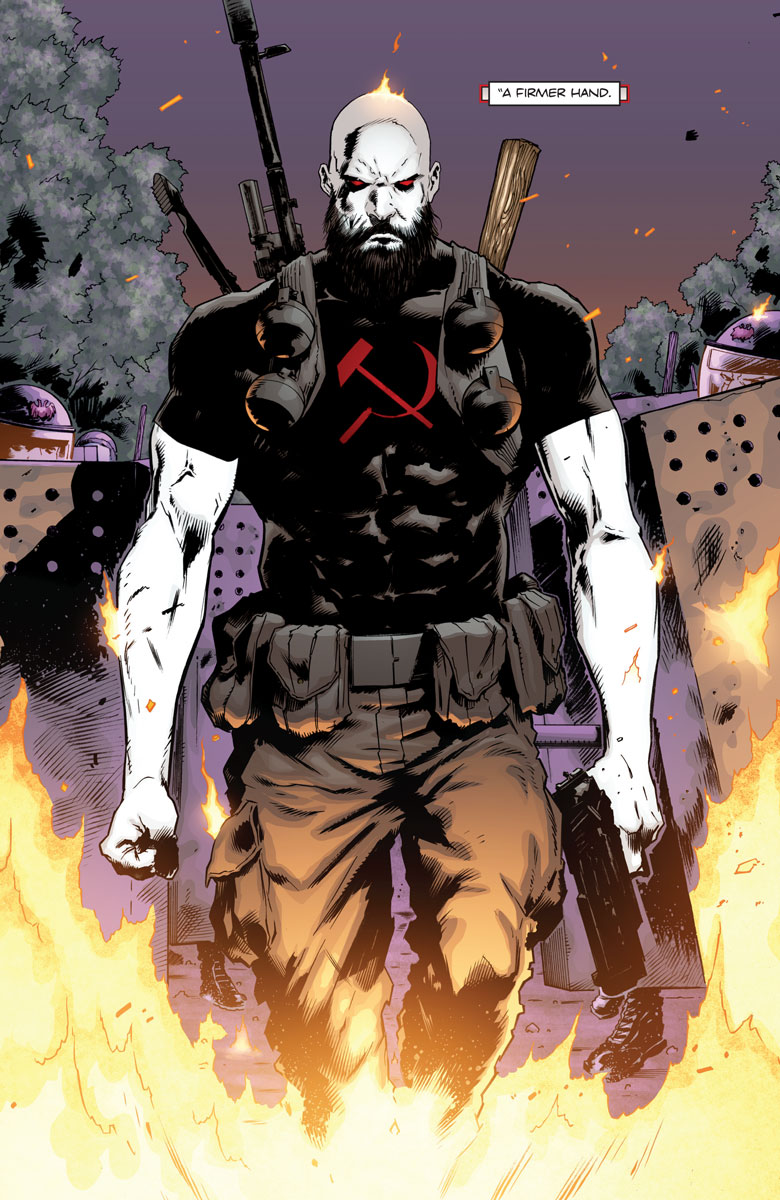 Plus: The Staliverse’s subversive spread continues in DIVINITY III: ARIC, SON OF THE REVOLUTION #1! On January 18th, join acclaimed writer Joe Harris (Snowfall, The X-Files: Season 10) and Valiant-exclusive superstar David Lafuente (Ultimate Spider-Man) as they reveal what happens when Valiant’s leading legend – the unstoppable X-O Manowar – becomes the supreme fighting force of the CCCP in the next must-read one-shot torn from the pages of DIVINITY III: STALINVERSE!

From bustling urban centers to the collective farms of the countryside, men, women, and children alike all idolize the same hero of the global Soviet republic: ARIC, SON OF THE REVOLUTION! Returned to Earth from the stars with the ultimate nuclear deterrent – the indestructible X-O Manowar armor – the champion of socialism has singlehandedly consolidated the state’s military and political superiority at home and abroad. But when a surprise attack from the Deadside shines an untoward light on the modern-day Soviet Union’s darkest secret, will Aric pursue his mission…or justice for the quiet dead of an empire’s oppression? 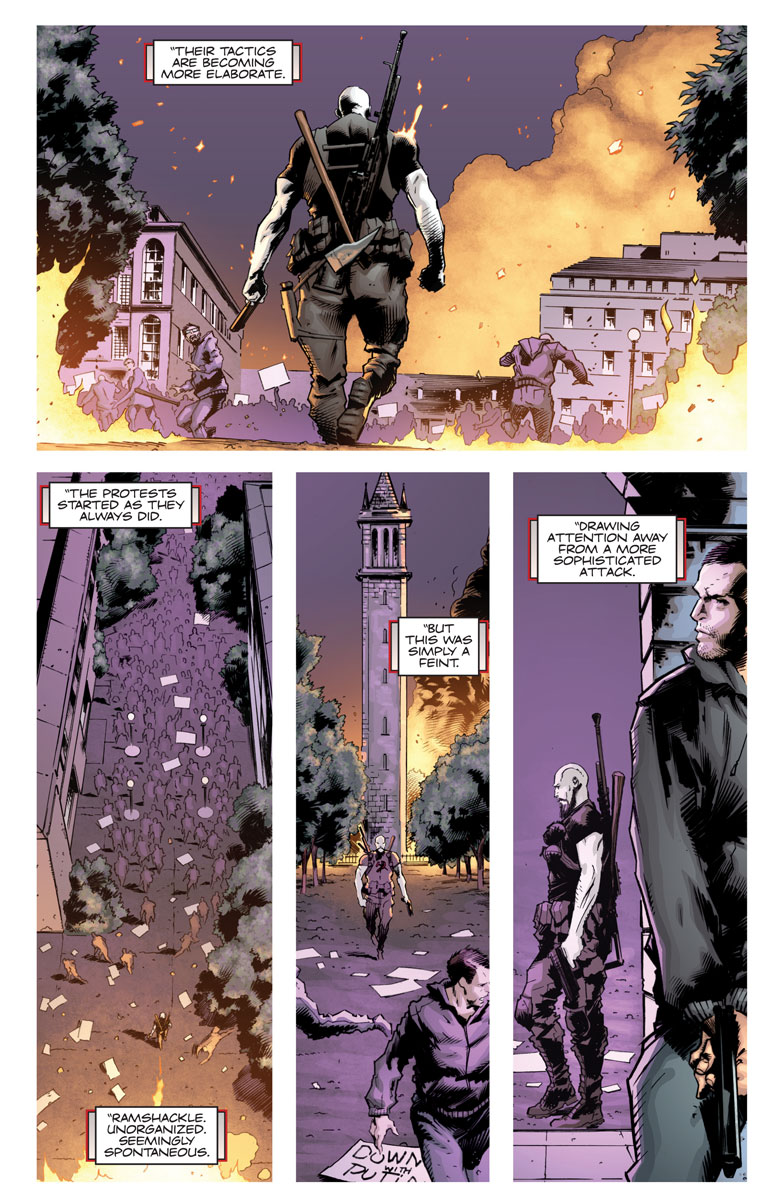 The world we know is gone, and the Valiant Universe as we now know it will continue to reveal itself on January 18th, only in DIVINITY III: ARIC, SON OF THE REVOLUTION #1 – featuring covers by Clayton Crain (4001 A.D.), Diego Bernard (X-O MANOWAR), CAFU (RAI), Trevor Hairsine (DIVINITY), and Kano (Daredevil)! Don’t miss the next riveting moment of the winter’s most mind-shattering comics event when Joe Harris and David Lafuente present an empire-breaking tale of sins, secrets, and tragedy for the global hero of the worldwide communist state!

Stay tuned as the Stalinverse spreads with more top-secret DIVINITY III one-shots detailing the redacted history of the Soviet Union’s most notorious patriots, agitators, and outcasts throughout the winter! 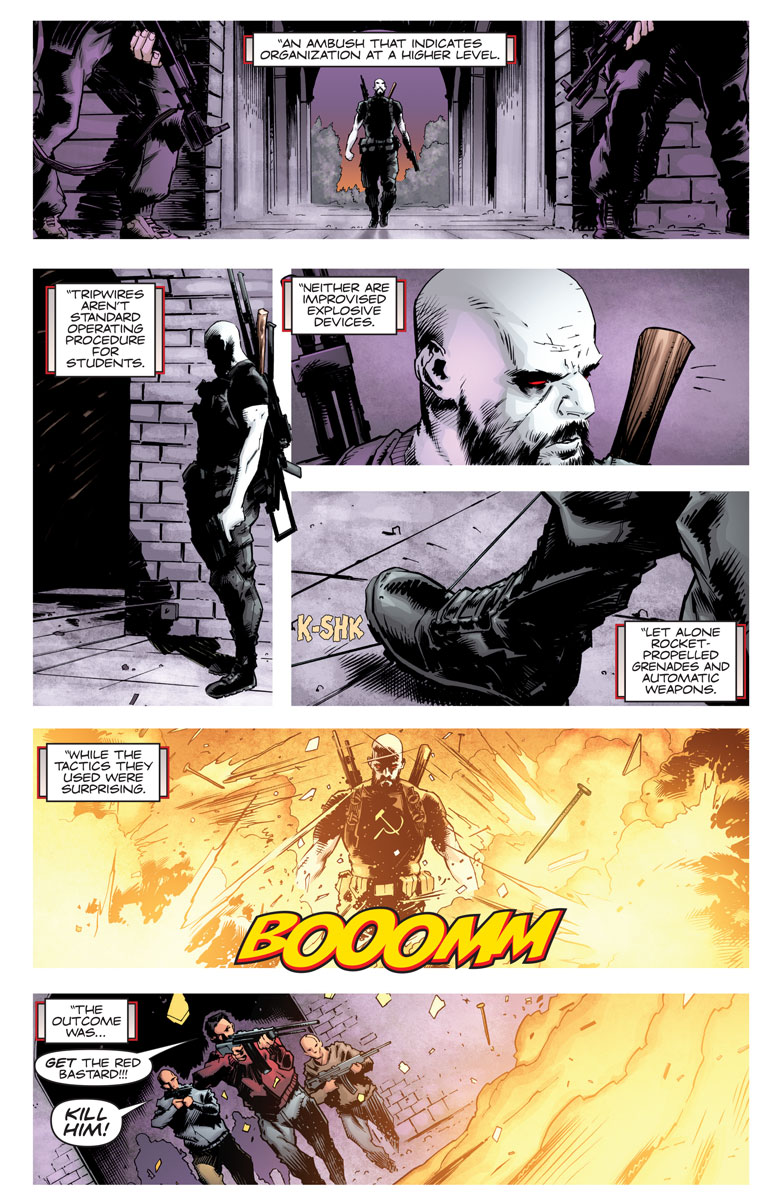 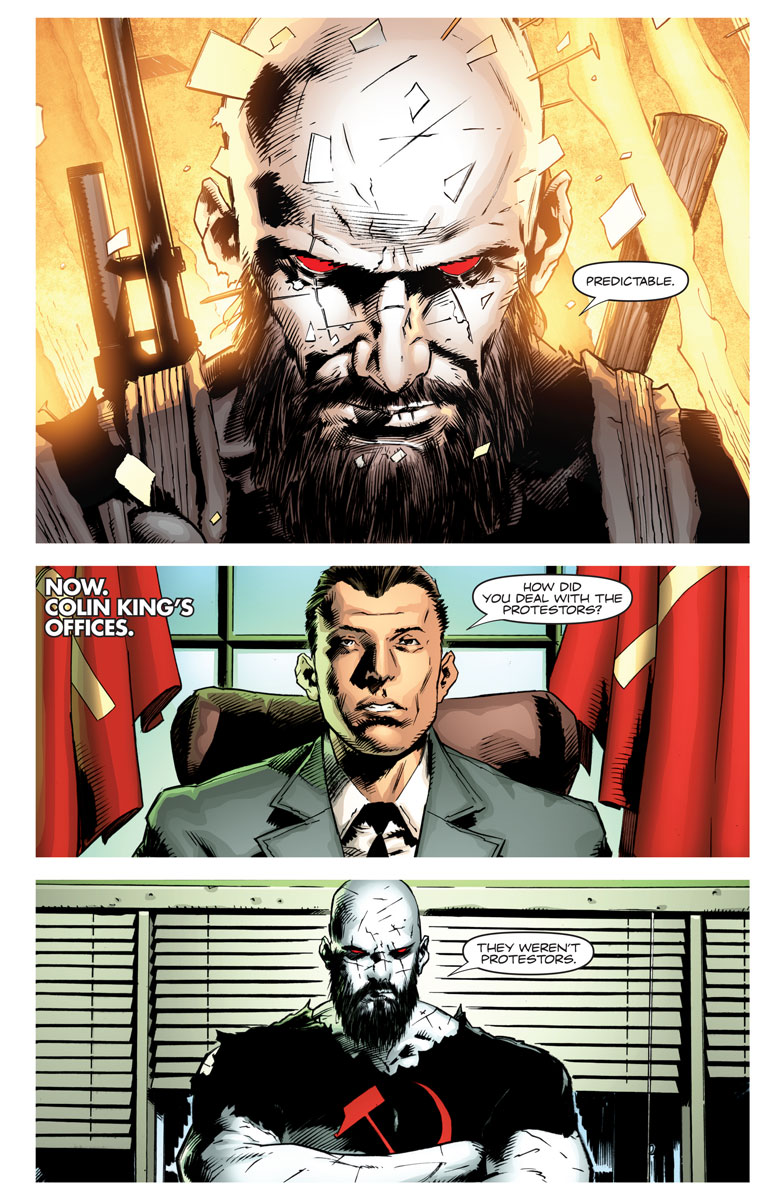 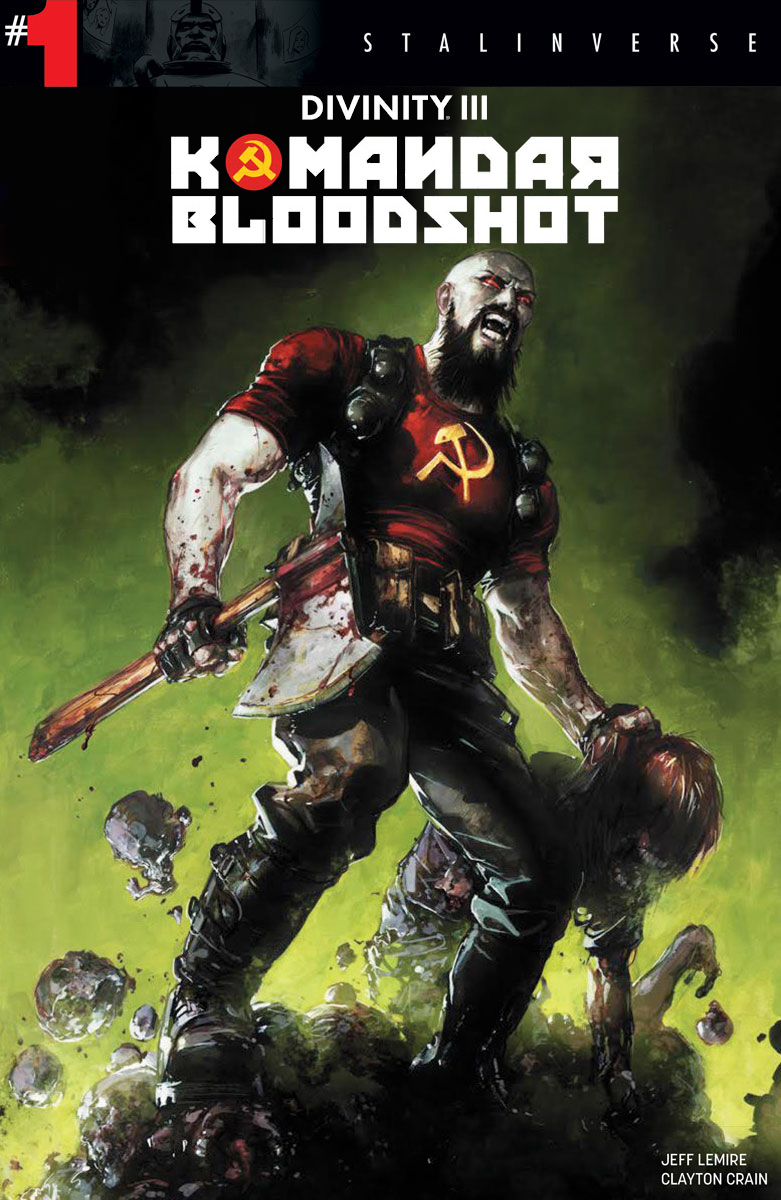 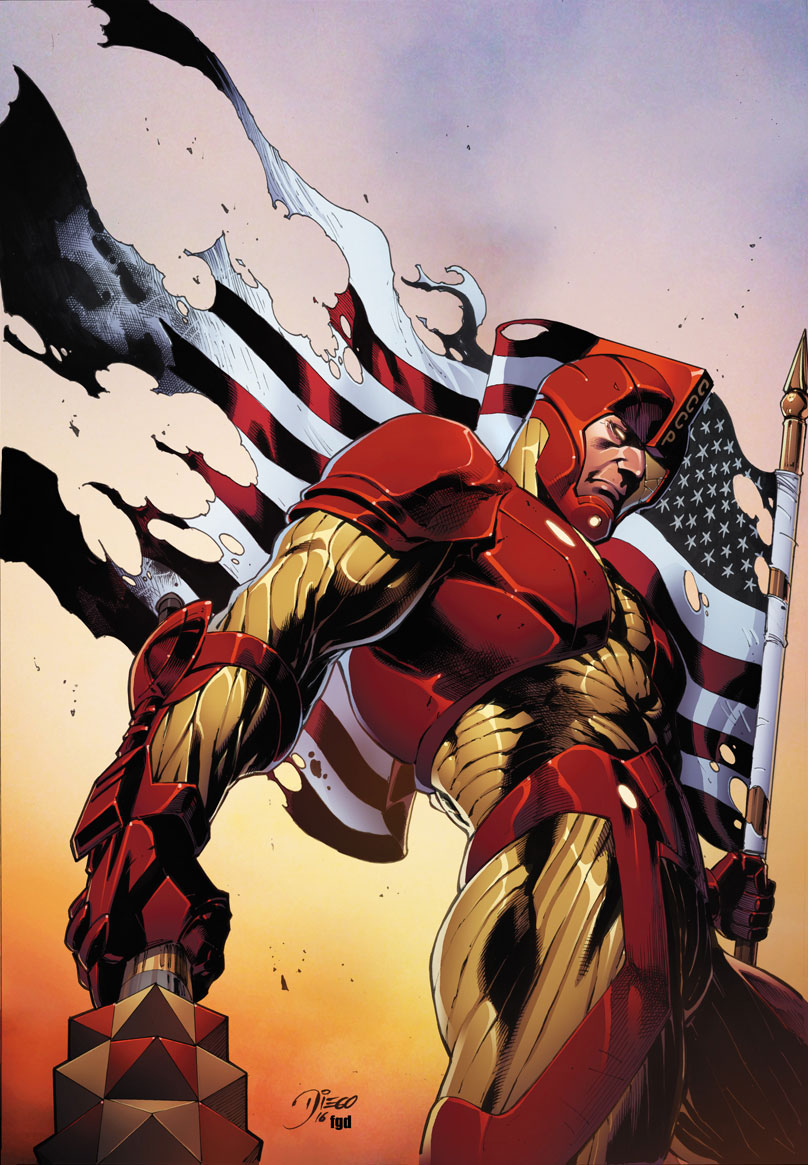