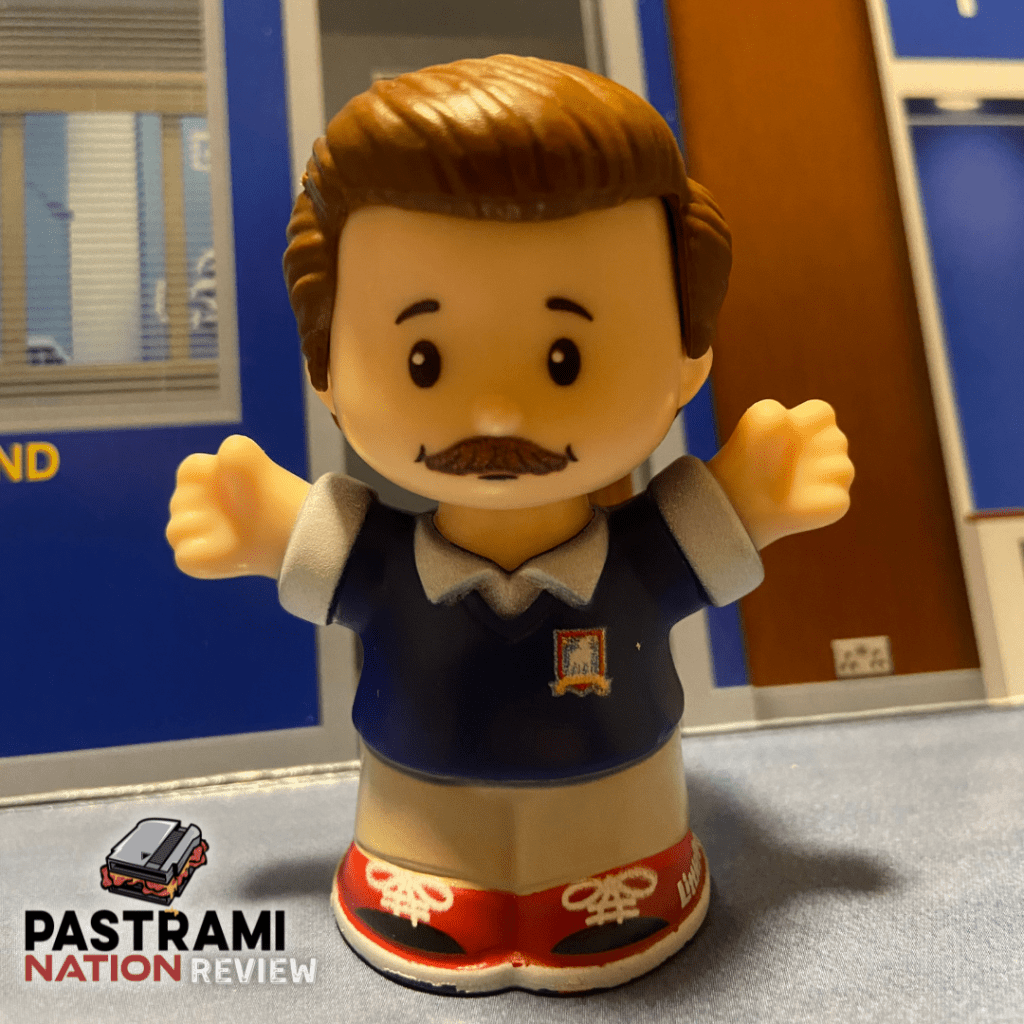 One of my earliest childhood memories was playing with toys. Being a child of the ’80s, playing with He-Man, G.I. Joe and Teenage Mutant Ninja Turtles was part of everyday life. Although those were the most formative years of my life, the other toys I remember playing with were before those, and they were manufactured by Fisher-Price. The two I have the fondest memory of are the Chatter Telephone and the Speak & Say, two toys I surely annoyed my parents the most with.

Manufacturing products aimed at toddlers and children, Fisher-Price has been a household name since the 1930s. It wasn’t until fairly recently that the company started to branch out a bit, taking popular IP’s and turning them into toys that parents can appreciate, and children can play with. They have created sets based on The Golden Girls, Lord Of The Rings, He-Man, Run DMC, and The Office using their brand of Little People figures. Now, with their newest collection, you can bring home a piece of AFC Richmond with a set based on the hit Apple TV+ show Ted Lasso.

If you have ever watched the show, you know it’s an utter delight, much like these figures. It comes with six characters total, each measuring 2.6″ tall while having their arms spread out wide to give you a big hug. The characters included are Ted Lasso, Coach Beard, Roy Kent, Sam Obisanya, Keely Jones, and the team’s owner Rebecca. If you have any experience with the Little Figure line of toys, you know they are as basic as they come. There is no articulation to speak of, and it is a (beautifully) molded piece of plastic. Even though that is the case, you still get an expressive face that perfectly captures the character’s essence.

There is also a lot of really cool detail that is included with each figure. You get Ted with his trademark mustache and Richmond sweater over a collared shirt. Coach Beard is holding his play-by-play clipboard and is sporting his Richmond cap and jacket. Roy Kent has his famous scowl while wearing his team captain uniform, while Sam is wearing his team uniform while holding a soccer ball. Keely is wearing her fancy jacket while holding a cell phone, and Rebecca is looking as stunning as usual with her business suit while holding a box of the show’s famous biscuits. Even the packaging contains some really cool nods to the show.

The most recent Little People Collector set scores a goal when it comes to adorable collectibles. They make a cool display for fans and a fun play set for children or adults. While there are some notable characters missing from it, six is plenty good, and they chose some incredible figures. Retailing at $29.99, it’s not a bad deal, and you can show off your Richmond pride in a unique way. It may not be for everybody, but it’s worth picking up if it’s for you.