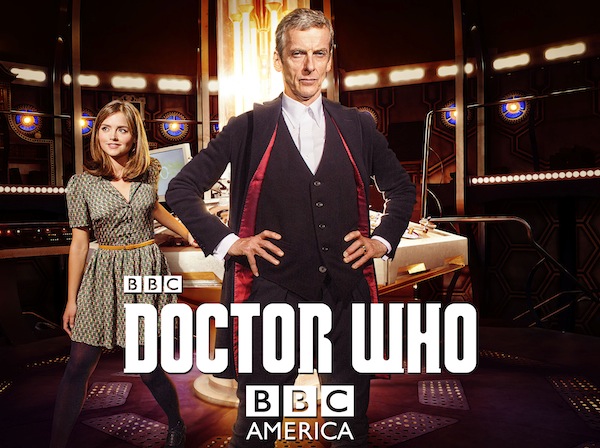 (Victor Valley)– It seems that every television and movie show today has been plagued by trolls looking to drop spoilers onto the internet and ruin all of the surprises for fans. Doctor Who is no different. Fan speculation and leaked plot lines have ruined many otherwise shocking moments inside and outside of the TARDIS.

Despite all of those obstacles, Doctor Who has still been able to produce some jaw-dropping moments that no one saw coming. These are the top 5 times that Doctor Who genuinely shocked its viewers.

Rose is The Bad Wolf

The first season of New Who saw Christopher Eccleston and Billie Piper explore the past, present, and future, all the while being chased by 2 ominous words: Bad Wolf.

Speculation ran wild as to what the meaning of the mysterious statement was. Did it refer to a new enemy that was following them, was it a new organization that could travel through time, or was it the Time Lords leaving a message for The Doctor? As it turns out, the answer was standing next to The Doctor all along.

During “The Parting of the Ways”, we find that after absorbing the power of the time vortex, Rose Tyler became the Bad Wolf and flew the TARDIS back to Satellite 5 to save The Doctor. Emerging from the TARDIS, she appeared as an omnipotent and powerful being that spread her name throughout time and space, and disintegrated a Dalek fleet with the flick of her wrist. For just a brief moment, the companion was wiser and more powerful than The Doctor.

A Doctor’s regeneration is usually a pre-announced and anticipated event. Months before the current Doctor’s final episode, fans are introduced to the actor who will portray the next iteration of their favorite Time Lord.

Comfortable in the knowledge that David Tennant was the current Doctor and that no replacement had been announced, fans watched excitedly as he reunited with Rose during “The Stolen Earth”. Much to the shock and horror of Whovians around the world, The Doctor was shot by a lone Dalek while attempting a running hug with Rose.

As his companions brought him into the TARDIS, fans grew angry, confused, and horrified as his hands and head began to glow and his regeneration began. Genuinely caught off guard, viewers everywhere held their collective breaths as the words “To Be Continued” appeared on the screen.

“The Impossible Astronaut” was the second season premiere for Matt Smith as the 11th Doctor. Beginning with a curious reunion and picnic in the Utah desert, fans find out that The Doctor has aged a couple of hundred years since the Ponds have last seen him (which will play a large part in the storyline).

Things were going well until the picnic was abruptly interrupted by the arrival of an elderly Canton Delaware and the appearance of an astronaut who had stepped out of the lake and on to the beach. Warning the others to stay away, The Doctor confronts the space-suited figure, only to be killed by an energy weapon it was yielding.

For anyone that doubted that The Doctor was dead (in the season premiere no less), the show put the final nails in his coffin by having Amy, Rory, River, and Canton burn his body out on the lake. Dumbstruck fans began to wonder what the next 9 episodes of Doctor Who would consist of with the title character dead just minutes into the new season.

Just as “Bad Wolf” was the recurring theme of the first season, “The Promised Land” was the topic that repeatedly appeared during the eighth.

With several people (and robots) looking for the mystical place, and a mysterious “Missy” greeting those “lucky” enough to find it, fans were left guessing as to the true identity of this peppy woman who appeared to run the afterlife. Was she a previously seen female Time Lord (The Rani), or was she a newly created figure?

Having to wait until the end of “Dark Water” to have that question answered, Whovians watched as she invaded London with an army of undead Cybermen and taunted The Doctor. In a moment that saw the collective jaws of England and the world drop, Missy reveals to The Doctor that because she is now a woman, she can’t go around calling herself The Master anymore.

Oswin Oswald At The Asylum

Just like new Doctors, new companions are also announced several months before they board the TARDIS and begin travelling.

With Karen Gillan and Arthur Darvill leaving the show, Stephan Moffat was challenged with replacing the long-serving and beloved Ponds. Before filming for the new season started, Jenna Coleman was announced as the new companion to Matt Smith’s Doctor. It was declared that she would be joining the cast half-way through the seventh season.

Little did fans know (the show did a great job keeping this quiet), Jenna had secretly filmed part of an episode while Amy and Rory were still the companions.

In another season premier shocker, stunned Whovians caught a glimpse of Jenna Coleman as Oswin Oswald, the soufflé cooking computer hacker stuck in the Dalek Asylum. Appearing a full half-season early, her surprise character served as a springboard to the narrative of the second part of the season.

Are there any other Doctor Who moments that shocked you? Leave a comment and let us know.

The new season of Doctor Who premieres September 19th, while season 8 is now on Netflix and Hulu. For more information on Doctor Who, visit http://www.bbcamerica.com/.