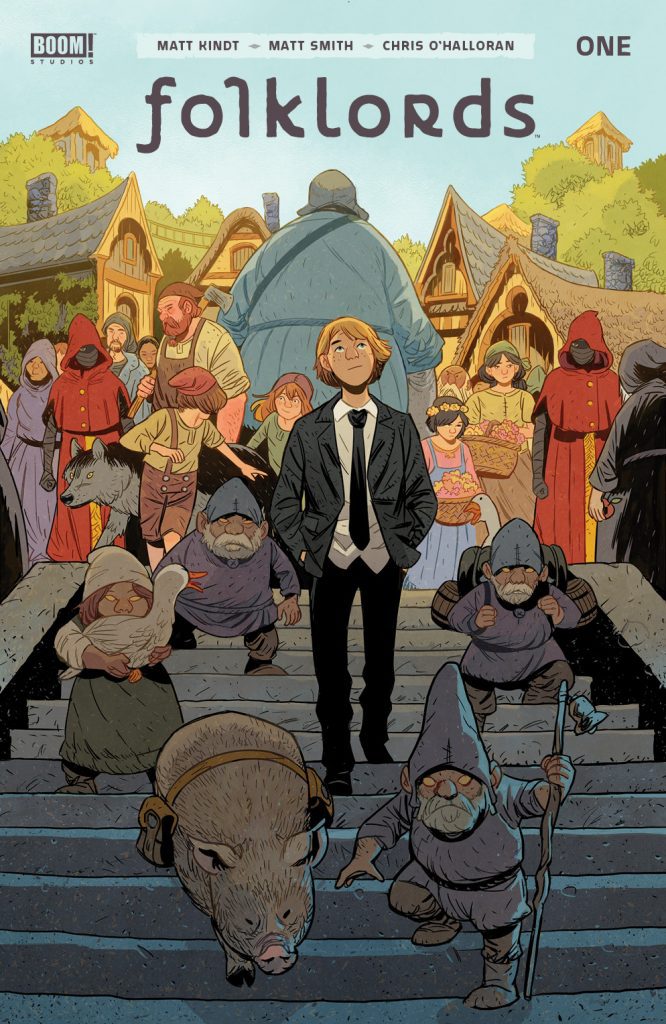 BOOM! Studios are owning 2019. No joke, look at the titles they have released so far: Something is Killing the Children, Once & Future spring to mind as runaway hits lately. I have another title to add to the list, and it is Folklores. From Matt Kindt (MIND MGMT, Grass Kings) and Matt Smith (Lake of Fire) comes a story of a young man destined to stand out in a land of fantasy and destiny.

Ansel is a bit strange, but just by looking at him, you could gather that. He lives in a land of fantasy and magic, and yet dresses in clothes like he is from our modern world. In this world, on your 18th birthday, you declare your quest. For Ansel, he knows what he wants to do- seek out the Folklords, a fable inside a world of fables. He has visions of our modern world and technology and thinks they can help him see this world outside his own, though he treads down a forbidden path with this journey.

Kindt and Smith create a story that looks like it will take off in a big way. Who or what are the Folklords? Why can Ansel see visions of our world? What is the connection? What is everyone hiding? I love the story, the vibe of the quest, all of it. The artwork is top-notch as well, from the lively vibe to the excellent character designs and backdrops that pull you right into the panel.

I think BOOM! has another hit on their hands with Folklords, and by looking at the rate of the first issue selling out, I would wager I am right. Kindt has been one of my favorite writers since I discovered him when I checked out MIND MGMT, and I have been a fan ever since. Folklords #1 gives us a great set up to a tale that might be of two worlds but tied together by one destiny — highly recommended.