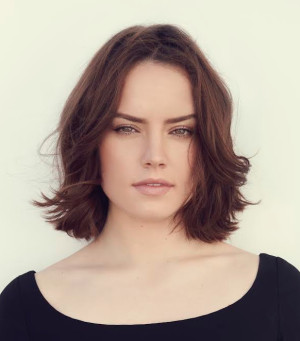 From Star Wars to Sundance: Daisy Ridley Signs on as Executive Producer of The Eagle Huntress 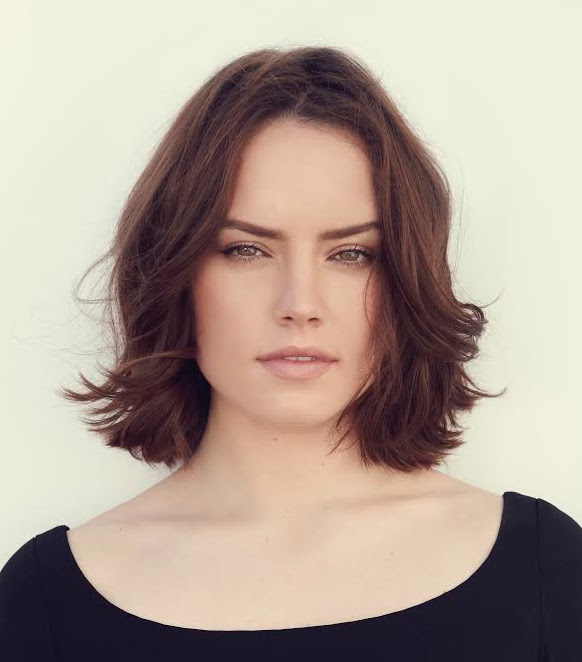 Daisy Ridley, star of the current blockbuster STAR WARS: THE FORCE AWAKENS and hero to young women everywhere, has signed on as an Executive Producer for the Sundance Premiere film THE EAGLE HUNTRESS, as announced by Morgan Spurlock, executive producer for the film.

Ridley joined the team after seeing a cut of film and felt she was obligated to do everything within her power to make sure audiences the world over would have the chance to see this epic story of female empowerment.

Directed by Otto Bell and executive produced by Oscar® nominated Spurlock, THE EAGLE HUNTRESS is the spellbinding true story of Aisholpan, a 13-year old Mongolian girl who is strives to become the first female Eagle Hunter in 2,000 years of male dominated history.  Aisholpan is a real life role model on an epic journey to win victory in a faraway land.  Under the tutelage and support of her father and her grandfather, she learns all aspects of this ancient tradition, including taming her very own eaglet and training it for the annual Golden Eagle Festival, which involves competing against male Eagle Hunters from all over the country.  She even dreams of hunting in the frozen winters to prove that a girl can do anything a boy can, so long as she’s determined.

The film is set amongst the magical Altai Mountains of Northwestern Mongolia; the most remote part of the least populated country on Earth. This little known world is rich in exquisitely preserved tradition, yet spoiled by an ignorance that is perpetuated by this isolation. For far too long, women have been seen as “too fragile” to hunt with an eagle. Aisholpan is out to prove them wrong and change history.

“I was deeply moved by Aisholpan’s story and wanted to be a part of this beautiful film,” said Ridley.  “I feel audiences and young girls around the world will be as inspired by her story as I was, and I am so proud to share her journey with the world.” 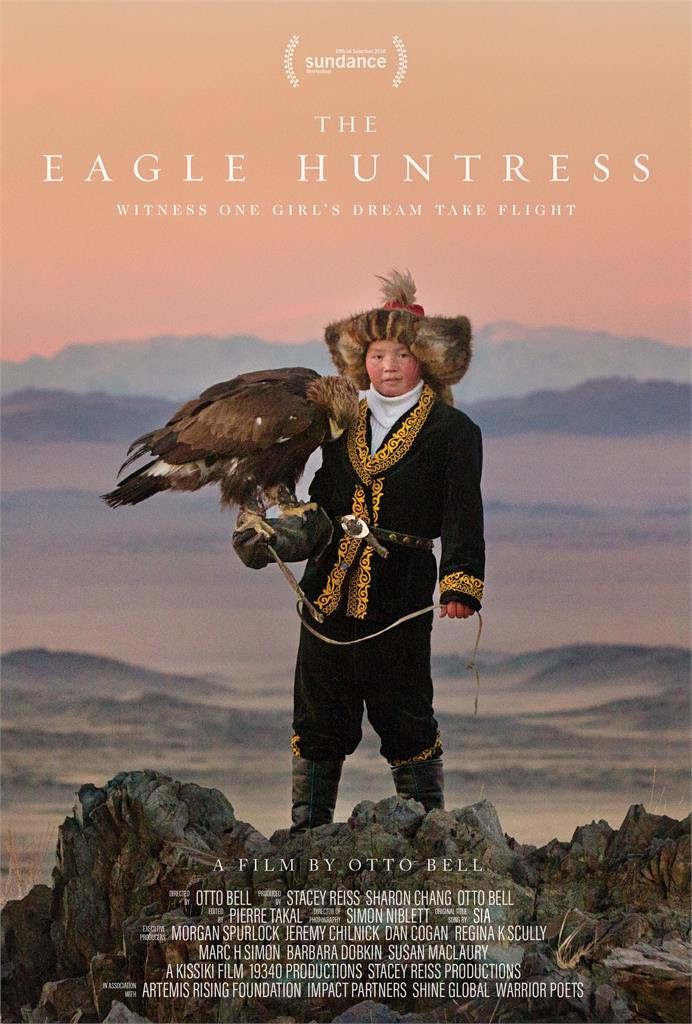 THE EAGLE HUNTRESS is making its world premiere this weekend at the 2016 Sundance Film Festival in Utah, as the first documentary ever to play in the Sundance Kids Premiere section.  Aisholpan, herself is making the trek to Park City, Utah all the way from Mongolian together with her family for the festival screenings and to participate in discussions.  During the festival, she will also take part in the live eagle demonstrations at the Kimball Art Gallery and a unique photo gallery exhibit of amazing photos taken of her in Mongolia with the eagles at The Eagle Huntress Gallery on Main Sreet.

“We were so glad that Daisy responded to the film and Aisholpan’s story,” added exec producer Spurlock. “Having her join us will elevate this amazing story to greater heights and spread the magic of this courageous young girl to audiences of all ages.”

“Like so many other theatre-goers around the world, I was blown away by Daisy’s recent portrayal of an empowered female protagonist,” added director Otto Bell. “I’m thrilled she’ll be bringing that same energy to supporting a real-world heroine who is also on an epic journey to win victory in a far away land.”

Daisy Ridley is an English actress best known for her breakthrough role as Rey in the 2015 film, STAR WARS: THE FORCE AWAKENS. Daisy joined the voice cast of ONLY YESTERDAY, a film from one of the world’s best animation studios, Japan’s Studio Ghibli.  In honor of the 25th anniversary of the original film, the studio was looking to dub the film in English and re-release the film into English-Speaking territories.  As such, each character needed to have an American accent.  Ridley, extremely passionate about all of the Ghibli films, would not let her British accent prevent her from being in the film so she lost her British accent and against the odds, won the lead role of  Taeko.

The film was written and directed by Ghibli co-founder Isao Takahata. Only Yesterday tells the story of a 27-year-old unwed woman who travels by train to see her family in the country and experiences memories of her schoolgirl days in 1966, causing her to question the choices she’s made in her life. The 25th Anniversary release is set for this year