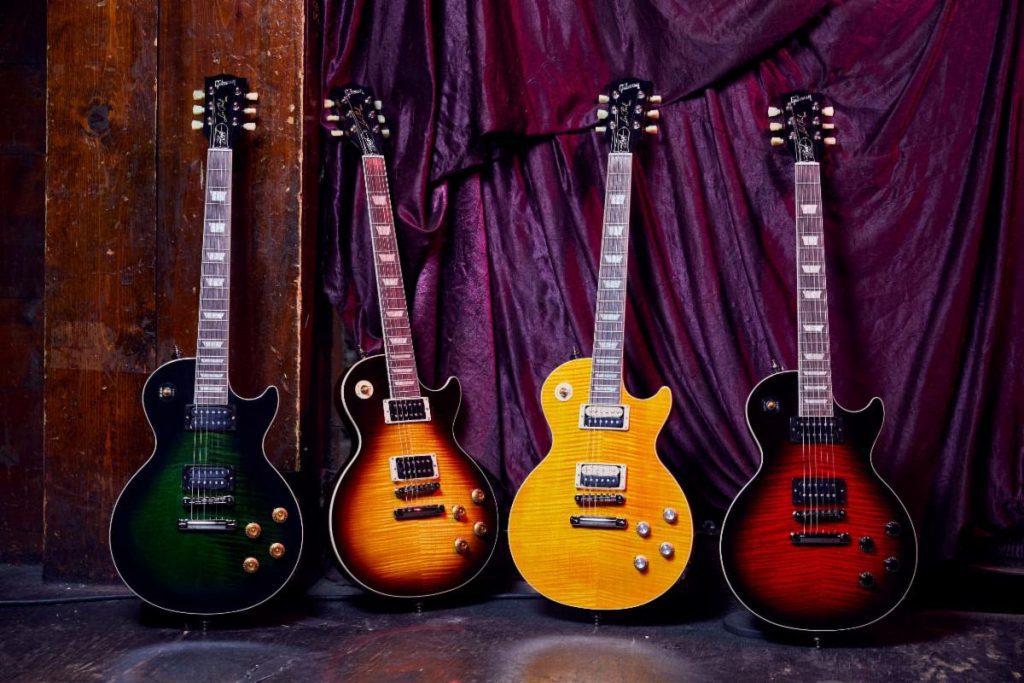 For the past 126 years, Gibson has been synonymous with creating and shaping sound. The new Gibson era celebrates the iconic models of the Gibson Golden Era while leaning into the future with instruments that nurture new players across generations, genders, and genres of music. In 2019, Gibson emerged as the legitimate leader again by offering new, relevant and award-winning guitars. Combined with a re-energized brand and renewed commitment from all Gibson artists, 2020 is set to take Gibson to the next level as they showcase the new line-up, launch history-making new collections and artist collaborations during Winter NAMM 2020 in Anaheim, CA (January 15-19).

The Gibson NAMM 2020 experience will feature daily events in the Gibson experience space located on the 3rd Floor in Ballroom A Anaheim Convention Center (daily 11-5pm). The Gibson experience will host artist performances on the main stage and the new acoustic lounge, as well as, musician Q&A’s on industry hot topics and new product debuts from icons to upstarts. Gibson’s NAMM events will begin with a Media and Custom Shop preview event on Wednesday, January 15, an official opening party and concert “Gibson Live at The Grove” will kick-off on Thursday, January 16 at City National Grove Of Anaheim.

At Winter NAMM, Gibson will showcase new collections and artist collaborations for 2020. 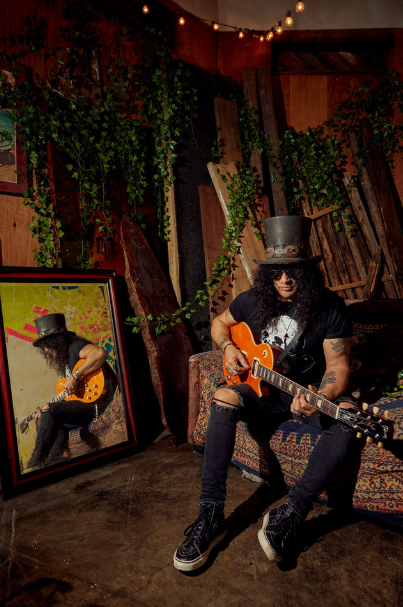 The Gibson Original Collection brings classic design, innovation and authenticity back into the hands of Gibson fans. These include the legendary Les Paul Standard 50’s and 60’s. “Less than one year ago we launched the new Original Collection as a way of going back to the 50’s and 60’s, to pay tribute to our iconic Golden Era bringing those classic designs back into the hands of Gibson fans” says Cesar Gueikian, Chief Merchant Officer of Gibson.

“The Modern Collection reflects a new era of innovation, something Orville Gibson started in 1894 and Ted McCarty fueled in the 50’s and 60’s. It incorporates many contemporary updates that players have embraced, such as lighter-weight bodies, push-pull systems to switch between the Burst Bucker and P90 sounds, innovative slim-taper necks with asymmetrical profiles, shaved heels for effortless access to the highest frets,” adds Cesar.

In a history-making move, Gibson will launch the first-ever Slash Collection. It includes four Les Paul and two J-45 influential Gibson guitars Slash has used during his career, inspiring multiple generations of players around the world. The Slash Collection can be seen live on stage with Slash today.

Each Slash Collection Les Paul Standard features a AAA maple top, a solid Mahogany body and Slash’s personal touches including a C-shape neck profile, signature Gibson “SlashBucker” pickups, color coordinated hardware appointments, hand-wired electronics with orange drop capacitors and a vintage style brown hardshell case. Exclusive to the Slash Collection are Slash’s “Scully” signature drawing on the back of the headstock, Slash’s signature on the truss rod cover, a blank truss rod cover in the case, Slash’s new Ernie Ball strings, and four Slash Jim Dunlop Tortex® picks. The Slash Collection Les Paul Standard is available in November Burst, Appetite Burst, Vermillion Burst and Anaconda Burst. “Working with Slash is an honor and to develop his new Gibson Collection was an incredible journey; Slash is a perfectionist and a guitar nerd like me, and his new Collection is a true reflection of him” says Cesar.

“Developing my new Collection with the new Gibson team has been really exciting,” says Slash. “The quality and attention to detail is next level, and these new guitars truly reflect what I play live and in the studio. I think guitarists will be inspired by what we’ve put together.” 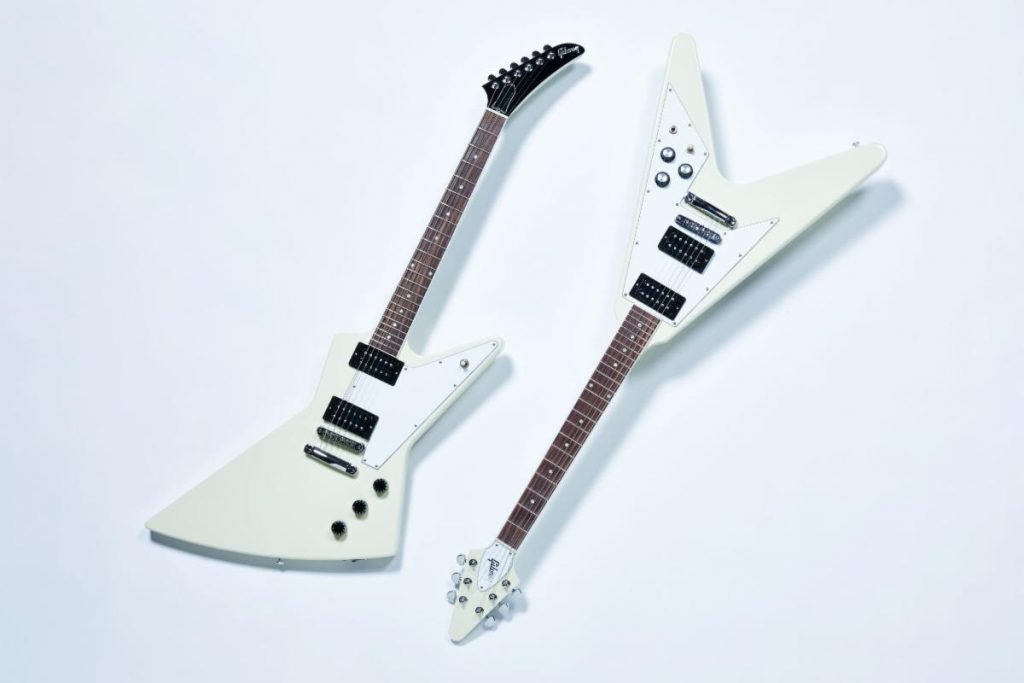 Gibson is expanding the Original Collection with new 70s-style Flying V and Explorer. The iconic ‘70s Flying V has been redesigned with a bound rosewood fingerboard, slim taper neck, and a pair of uncovered ‘70s tribute burstbuckers all hand-wired with orange drop capacitors and available in classic white finish with matching headstock, silver reflector knobs and chrome hardware. The ‘70s Explorer has traveled stages the world over. Now featuring a pair of ‘70s tribute burstbuckers, hand-wired with orange drop capacitors, this new Gibson Explorer begs to be played loud.With its classic white finish, bound rosewood fingerboard, black speed knobs and chrome hardware, it looks as iconic as the generation of music it helped create. 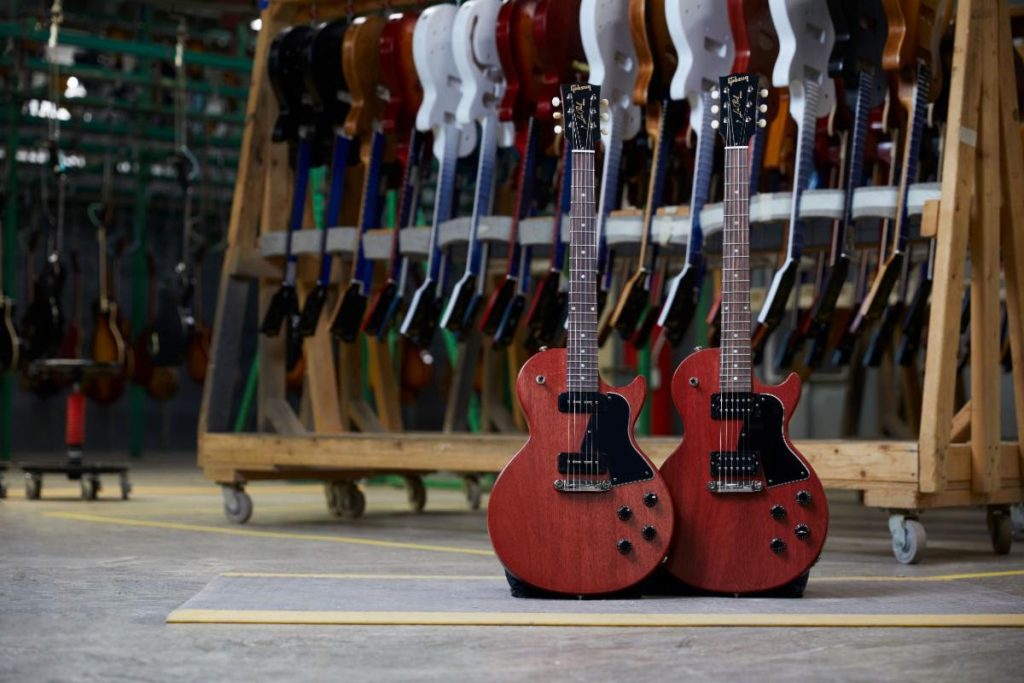 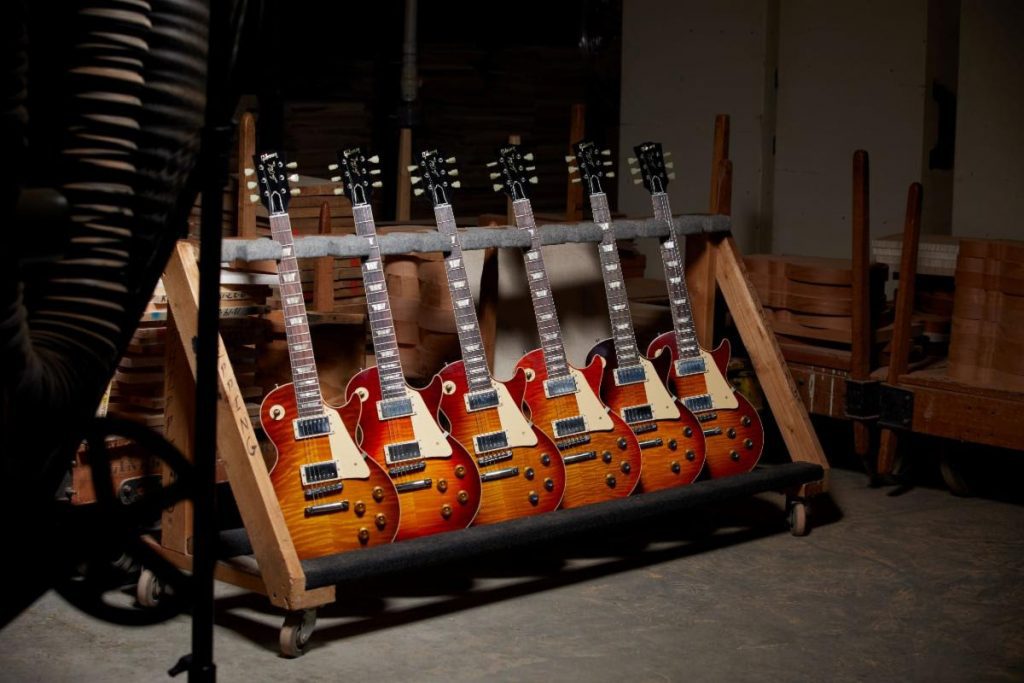 2020 will introduce new 60th Anniversary 1960 Les Paul Standards in three versions. Those made in the first third of the year (V1) share the same specs as their 1959 peers, while the middle third (V2) have thinner neck profiles, different knobs and brighter colors. The final third (V3) feature even thinner neck profiles. Each version inspires generations of players in different ways, making music history all the while. 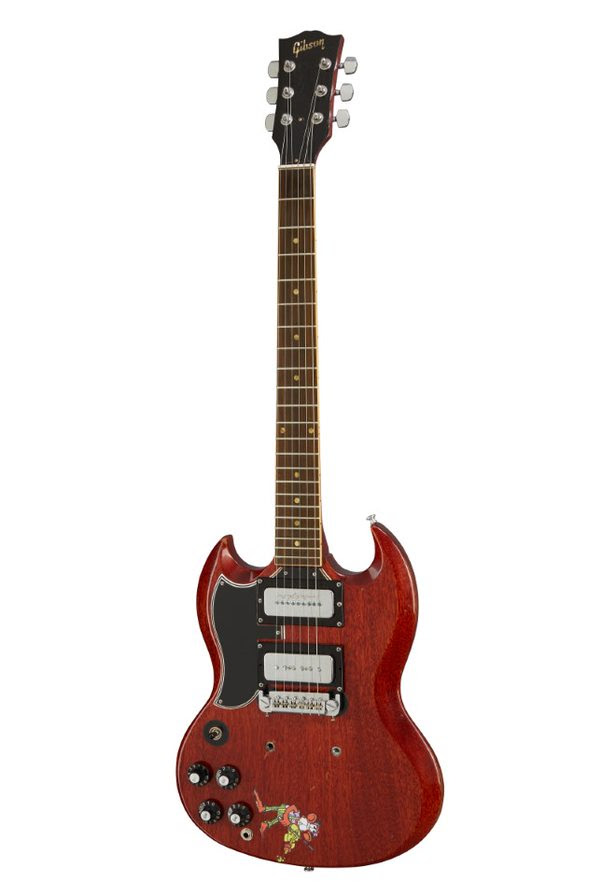 2020 will also bring multiple, limited-edition artist collaborations including a Trini Lopez Standard as a Core Historic Reissue model and the iconic Tony Iommi “Monkey” SG. “Tony Iommi’s iconic riffs, heavy tones and massively-influential albums created the blueprint for Heavy Metal and many other genres to follow,” explains Cesar. “Having the opportunity to work with Tony to recreate his original 1964 SG is the ultimate honor for all of us at Gibson.”

“Recently I was invited to Nashville by Cesar and JC who I must tell you are so enthusiastic and passionate,” explains Tony Iommi. “I had the opportunity to go to the factories, meet the people that work there, and I saw how dedicated they all are. Gibson guitars have lifted a million times, with the new team being totally involved and that’s what’s been missing in Gibson for a long time now. There’s no stopping them, which is great for all of us guitar players,” adds Iommi.

Tony Iommi’s career, like the man himself, is universally loved and revered. And while his innovative tuning and playing styles were a major part of his monstrous tones, a Gibson SG named “Monkey” was at the center of it all. This heavily-modified 1964 SG Special was used extensively with the original lineup of Black Sabbath and heard on every album and tour of the 1970s. Thanks to the meticulous reverse-engineering and painstaking attention to detail employed by Gibson Custom Shop, 50 exact replicas have been created, 25 right-handed and 25 left-handed like the original, each signed and numbered by Tony Iommi himself. No detail was overlooked in the construction and aging, telling the complete story of the “Monkey” from the zero fret to the stop tailpiece bushings to the legendary pickups, which were hand-made in the U.K. by the apprentice of the late John Birch. Each guitar will even include an exclusive replica of Tony’s silver cross necklace with a coffin case, a replica of Tony’s leather touring guitar strap and a 1960s replica case.
The Gibson Custom Shop is also working with legendary and multi-talented Tool guitarist artist, sculptor, special effects designer, videographer and producer Adam Jones on recreating his original 1979 Les Paul Custom Silverburst that can been seen live on stage with Adam today in support of their world tour and blockbuster new album Fear Inoculum. More details to come on this project later in 2020.
“2020 brings a renewed focus on our acoustic guitars, just like we did with our electric guitar portfolio, applying the same principles of craftmanship. We are recalibrating our acoustic portfolio into Original and Modern Collections and launching an Acoustic Custom Shop with Historic and Modern Collections,” explains Cesar. “Our acoustic guitars have defined sound for 126 years and we intend to leverage that heritage and bring new iconic instruments to the hands of new generations of players.”
Gibson is pleased to announce the newly created Gibson Acoustic Custom Shop based in Bozeman, Montana. “With the Acoustic Custom Shop, we are bringing back all the acoustic icons in their true historic form with the Historic Collection and leaning into the future with our ornamented Modern Collection,” says Cesar. The Acoustic Custom Shop Historic Collection includes a 1942 Banner J-45, 1942 Banner Southern Jumbo, 1934 Jumbo, 1936 Advanced Jumbo, 1939 J-55, 1952 J-185, 1957 SJ 200, 1960 Hummingbird, Pre-war SJ 200 Rosewood and more.
The Acoustic Custom ShopModern Collection will explore the push and pull between classic designs and modern materials with bodies designed for comfort and modern voice, easy-playing slim-taper necks and a flatter fingerboard radius for enhanced feel. It includes a J-45 Deluxe Rosewood, Songwriter Chroma
Nolan Smith
0
Tags :
Custom Shop And Gibson AcousticGibson: Reveals Product Line-Up Ahead Of NAMM 2020; Launches New Acoustic Custom Shop And Collections For Gibson USA