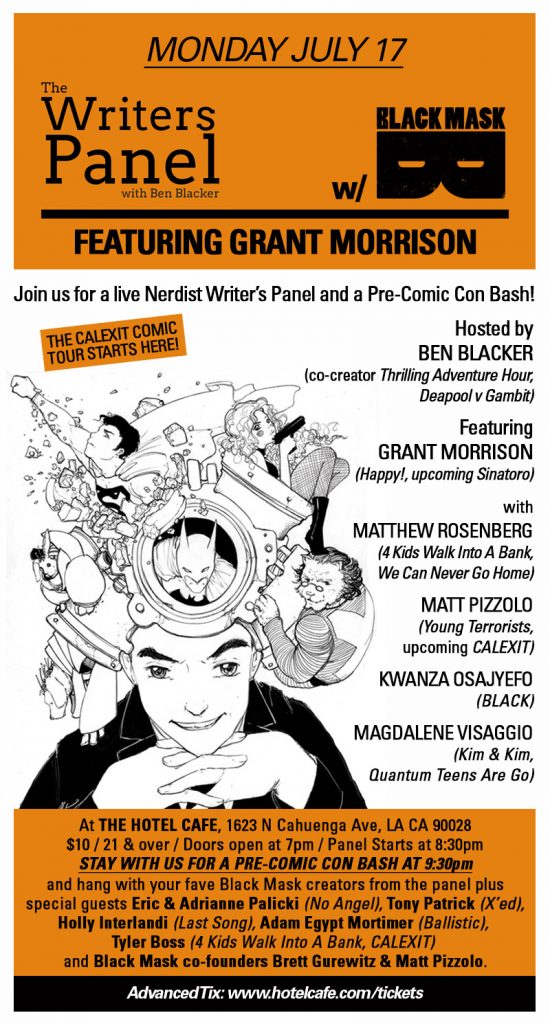 THE NERDIST WRITERS PANEL has teamed with BLACK MASK for a special event this Monday, July 17th in Hollywood at THE HOTEL CAFE: a live performance of The Writers Panel with special guest GRANT MORRISON and a murderer’s row of some of Black Mask’s most popular writers.
After the panel will be a Pre-Comic Con Hang with all your favorite Black Mask writers and artists, hosted by two of Black Mask’s founders BRETT GUREWITZ and MATT PIZZOLO.

Celebrate the joy of comics with us and all the creators from the panel as well as more creators including ERIC & ADRIANNE PALICKI (No Angel), M.L. MILLER (upcoming Gravetrancers), TONY PATRICK (X’ed), HOLLY INTERLANDI (Last Song), ADAM EGYPT MORTIMER (Ballistic), and TYLER BOSS (4 Kids Walk Into A Bank).