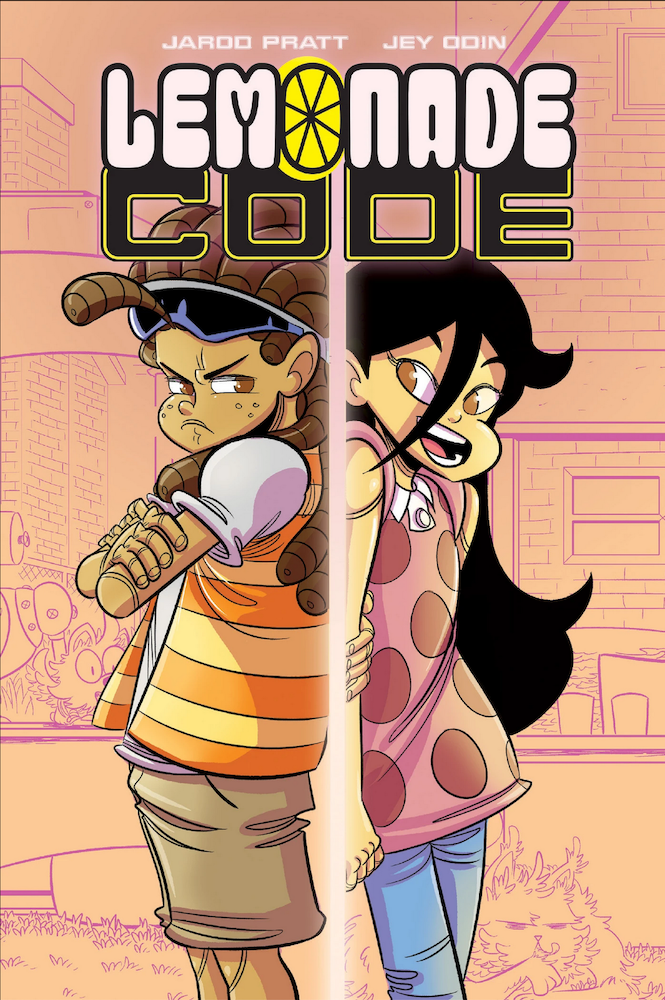 Oni-Lion Forge presents “Lemonade Code.” Robert Reynolds and his dog, Researcher, open a lemonade stand with endless flavor possibilities. But little do they know, a neighbor sours the competition. Daphne Du-Ri’s old-fashioned lemonade is suspiciously popular amongst the crowd. Robbie attempts to find out what her secret ingredients are but almost ends the world as we know it by doing so! What could possibly be better than every flavor imaginable?

This entertaining graphic novel was written by Jarod Pratt, illustrated and colored by Jey Odin, and lettered by Crank!. It was designed by such hard-working creators—a tip of the hat to the creative team. The classic Comic Sans lettering was very whimsical, and I felt the art style was quite captivating. The only thing I found inconvenient was that the dialogue was very detailed at times, and the speech bubbles would be very large and almost overwhelming. At some points, it detracted from the art, and I often found my eyes distracted. Also, the art was able to show good body language.

Additionally, the chosen outfits were very stylish. Overall, the storyline was intriguing and hilarious! Definitely worth your time!

The futuristic time setting really adds that interesting kick. I also take pleasure in the fact that everyone on Earth is a mad scientist! The only way I could describe the inventions would be dream-like. Hoverboards? Flying cars? Robopets? This novel is for about 7+ years old readers. It’s filled with pep, gimmicks, and laughs. Its comedy keeps readers’ interests going.

Experience this beverage bonanza for yourself! Ask for it at your local comic shop!