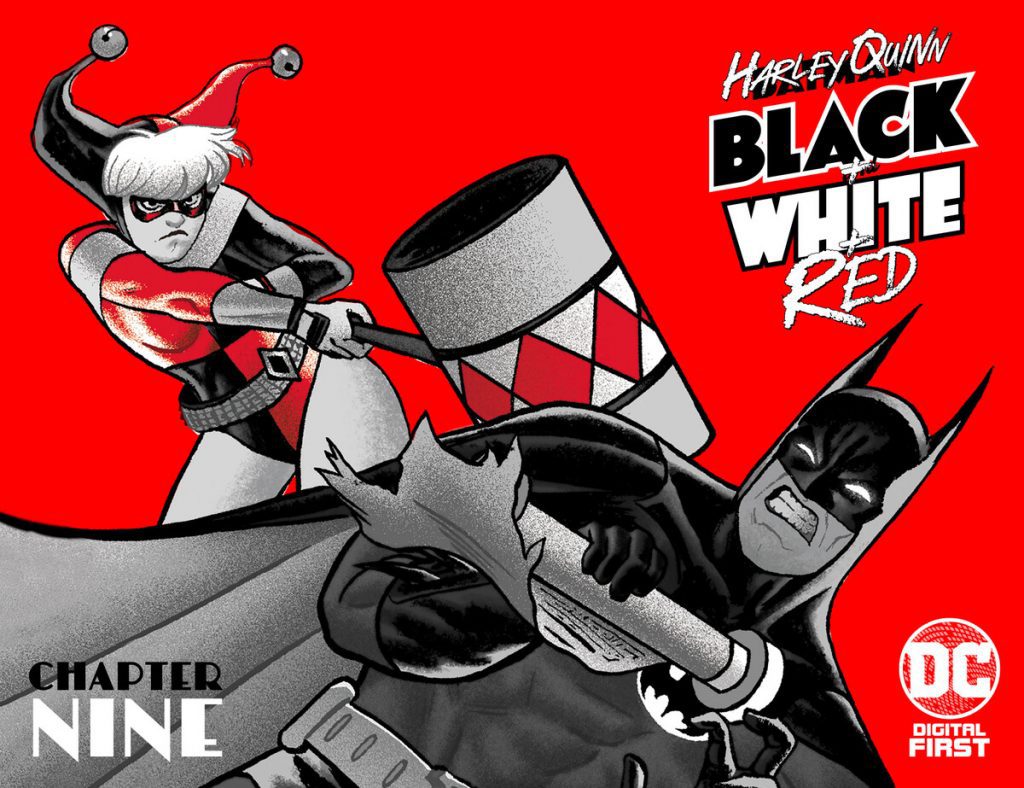 In Quinones’ story, Harley Quinn finds herself kicked to the curb when she botches Poison Ivy’s best-laid plans to acquire a treasure of myth and legend! Determined to prove her worth, Harley sets off to capture the prize for them both, but not before drawing in Batman and Batgirl in a thrilling and dangerous adventure across the globe!