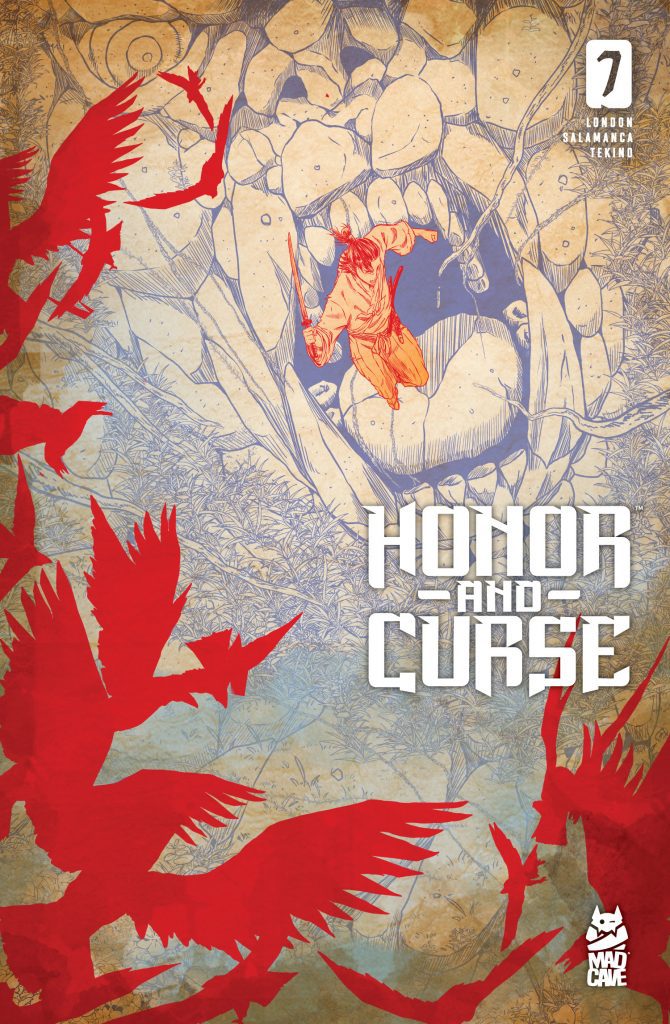 Honor and Curse, the first wave title that put Mad Cave Studios on the comics map, welcomes the return of Genshi, the Tengu, Akemi, and the rest of the Iga back shinobi thriller, featuring art by Mauricio Villarreal (Wolvenheart).

Honor and Curse #7 (W) Mark London (A) Nicolas Salamanca (C) Tekino (L) Miguel Zapata Left reeling after the murder of Lord Haruki, Genshi makes his way to the Jade Caverns per Nishiro’s instructions. Meanwhile, Akemi took control of the Iga and is training like never before to defend her clan from potential threats… like the rival Koga clan who are looking to seize the opportunity presented by Lord Haruki’s death.

Join the cave dwellers by following Mad Cave Studios’ social accounts for the most up-to-date information! Want to get your hands on Mad Cave Studios’ comics? Head over to your LCS or visit madcavestudios.com to read every issue #1 for FREE! Mad Cave Studios comics are also available digitally on Comixology and Drive-Thru Comics.