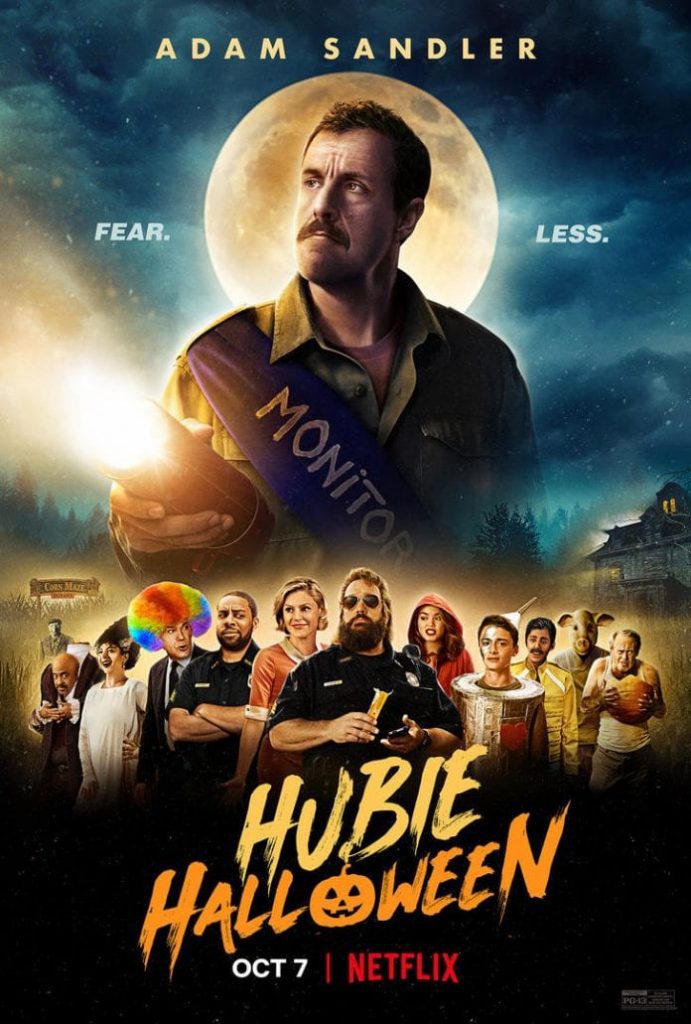 Let’s just get this out of the way right now; I used to be an Adam Sandler fan. I was 15 when Billy Madison came out, and it was the greatest thing I had ever seen. So funny, so immature, and just my style. After that, he came out with a string of movies with the same formula, and each time I felt like I was watching the work of a comedic genius whose work defined what comedy was. Adding to his library of comedy pursuits, he released a couple of albums that were based on his stand up. They contained songs, skits, and an abundance of fart jokes. They were hilarious, and I would listen to them daily.

But then, I grew up. What I found to be funny changed along with that. Fart jokes alone weren’t doing it for me. I turned to other forms of comedy, things with a more adult edge. They were still filled with fart jokes, but they also had plenty of foul language and dirty humor. That was my evolution, and even today, what I find funny has evolved since then. Needless to say, I haven’t been an Adam Sandler fan for a long time. This is where I am coming from with this review. I did not go into it wanting to dislike it; I always try to have a glimmer of hope when watching a new movie, no matter who is in it. Sadly, Hubie Halloween didn’t change my mind about new Sandler films; it just solidified what I already knew; I have definitely outgrown Adam Sandler.

In the movie, Sandler plays the titular Hubie, a local of Salem, Massachusetts. He is the town’s Halloween monitor, which is not an official title, just one that he takes on. Almost everyone in the town picks on him due to his eccentric personality and strange way of talking (think Waterboy). He lives with his overbearing mother (again, think Waterboy). And he proves to the townspeople that he isn’t the joke they think he is (this movie is just Waterboy. It’s Waterboy without football. And without the humor. And without the charm.)

Hubie Halloween tries so hard to be funny that it’s kind of embarrassing. There is a scene where he is riding a bike through town that ends in an overwhelming amount of vomit, and it’s not funny at all. You can tell it’s what they were going for, but it just comes as desperate. The funniest thing about the movie is Hubie’s mom, who is played by the wonderful June Squibb. And the thing is, it’s not even anything she does that is particularly funny, but it’s her ignorance that does it. The shirts she wears have super inappropriate sayings on them, and it’s kind of funny. Oh, and a bit involving Harley Quinn had me laughing a bit. But that’s it. It falls flat for 95% of it’s run time, with no other redeeming factors. Even my 13-year-old son, who lives for this type of stuff, got bored while watching it, and that’s not good.

Also, bullying the person because of their speech impediment thing is getting old. It’s not about being PC; it’s just that we have seen it numerous times before, and it’s gotten stale. It’s a one-note shallow joke that has been played out. Sure, the characters, in the end, realize their mistake, but why are they horrible people to begin with? Why is Sandler always surrounded by horrible people in his films? I think I get it; it shows that people can change, but it can be shown differently. While I agree that these people exist, it’s not nearly as many as Sandler films would want us to believe. We have gotten to the point as a society where we know it’s not cool, so it’s time to portray that on film accurately. I think it’s time for Sandler and crew to come up with a new device.

Hubie Halloween isn’t a good movie. It’s not funny, it’s shallow, and doesn’t aspire to be anything decent. If that was the plan, it succeeded. If there is one good thing to say about it, it’s that Sandler has been able to get together with his friends and do what they love for a living, which is cool. But that’s it. Nothing else is good about this movie except for some shirts. Absolutely skip it at all costs.

Rating: Half of a Pastrami Nation out of FIVE

Kevin Hoskinson is a writer with a deep-seeded love for movies, comic books, television, and the paranormal. From humble beginnings working the box office at his local movie theater, he’s worked his way to becoming a humble family man and professional bug exterminator. Growing up, he wanted to become an astronaut, a Ghostbuster, a dinosaur, and a Disney animator before he found his passion for writing as a teen. He studied film at Los Angeles Valley College with an emphasis on screenwriting and film criticism. He currently lives in Portland, Oregon with his wife and two kids. You can follow him on Facebook, Twitter @Kevin_Hoskinson, and Instagram @kevinhoskinson.