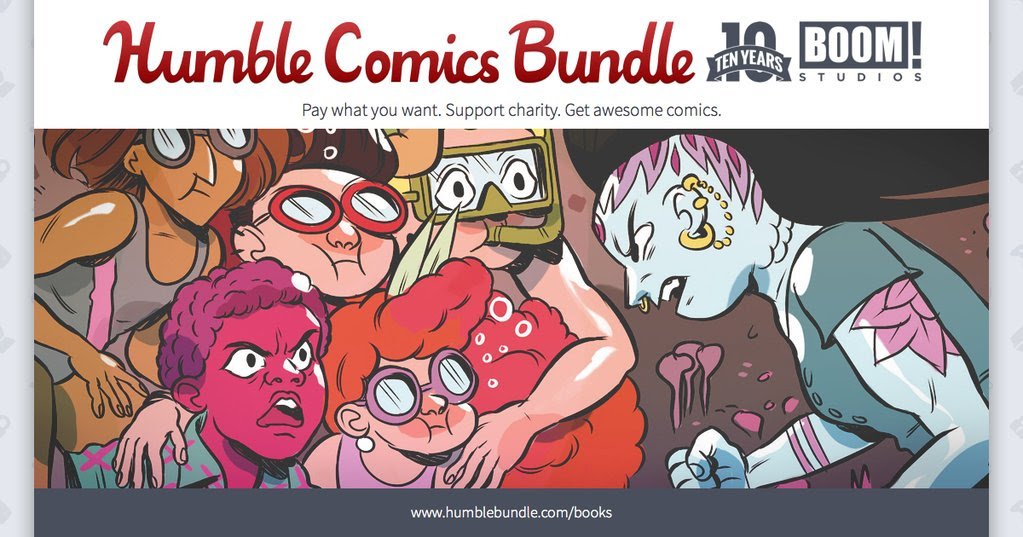 Humble Bundle Celebrates 10 Years of BOOM! Studios with a Bundle Worth $759

For the past 10 years, BOOM! Studios has assembled quite the portfolio of comics, so as a way of commemorating their arrival into the double digits, we’ve assembled their digital comics into a bundle!

Name the price. Together, all of these comics are worth as much as $759. Here at Humble Bundle, though, you choose the price!

Read anywhere. These comics are available in multiple formats including CBZ, PDF, and ePub, so they work on your computer, e-readers, iPads, cell phones, and a wide array of mobile devices! Instructions and a list of recommended reading programs can be found here.

Support charity. Choose where the money goes—between BOOM!, Comic Book Legal Defense Fund, and, if you’d like, a second charity of your choice via the PayPal Giving Fund. For details on how this works, click here. If you like this bundle or like what we do, you can leave us a Humble Tip too.

Humble Comics Bundle: 10 Years of BOOM! will last until December 30, 2015. It can be accessed at bit.ly/HB10YearsOfBoom.

Humble Bundle sells digital content through its pay-what-you-want bundle promotions and the Humble Store. When purchasing a bundle, customers choose how much they want to pay and decide where their money goes — between the content creators, charity, and Humble Bundle. Since the company’s launch in 2010, Humble Bundle has raised more than $68 million through the support of its community for a wide range of charities, providing aid for people across the world. For more information, please visit https://www.humblebundle.com. Logos can be found in this press kit.