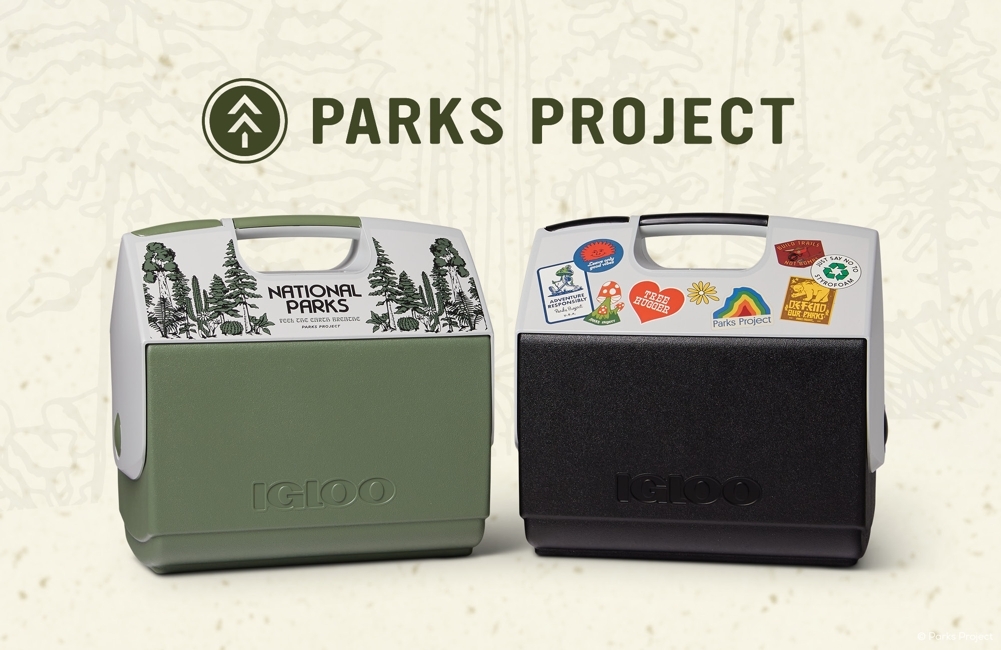 “As we were creating our ECOCOOL Collection of recycled hardside coolers, we knew aligning with Parks Project in support of their mission to protect and preserve parks nationwide would be an incredible way to give back to our public lands,” said Brian Garofalow, Chief Marketing Officer at Igloo. “Our coolers go on every adventure with our consumers, and arguably, some of the most beautiful are within our national parks system. Through these Parks Project ECOCOOL Playmates, made in the USA with post-consumer recycled resin, we’re able to help fund the projects most important for the future of these parks.”

Igloo and Parks Project created two ECOCOOL Playmate coolers featuring custom artwork — the Parks Project “Stickers” ECOCOOL Playmate Elite and Parks Project National Parks ECOCOOL Playmate Elite — inspired by and in support of U.S. National Parks with a portion of the proceeds going directly to NPCA’s conservancy projects. Notably, both special-edition Parks Project Playmates are made with post-consumer recycled resin and among the first Igloo released from its brand-new ECOCOOL Collection of recycled hardside coolers. Post-consumer plastic — primarily discarded plastic yogurt cups and milk jugs — that would otherwise end up in landfills throughout the world is being transformed into a recycled resin used in the build of Igloo’s ECOCOOL coolers.

“Together, Igloo and Parks Project understand the importance of preserving our parklands, while making time to enjoy all they have to offer,” said Parks Project CEO and co-founder Keith Eshelman. “We’re hopeful this new cooler will inspire adventurers everywhere to seek out sustainable ways to leave the outdoors better than we found it.”

Parks Project’s mission is to protect and preserve our parklands for generations to come by educating, advocating, volunteering and activating park supporters around the country to get involved in conservation. To date, Parks Project has donated over $1 million in order to help fund vital projects in parks, paying it forward so we can leave it better than we found it.

These special-edition Parks Project ECOCOOL Playmate Elite coolers (with 16-quart capacity fitting up to 30 12-ounce cans) are available for $49.99 each, while supplies last.