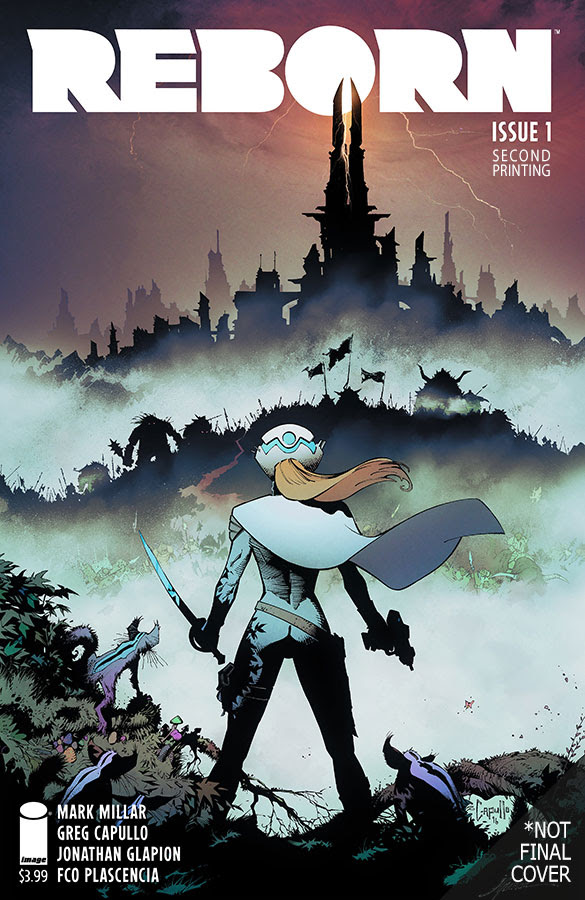 Image Comic’s Reborn a Smash Hit, Rushed Back to Print

Millar and Capullo’s Reborn Goes Back to Second Printing

Image Comics is pleased to announce that the highly anticipated new series REBORN by Mark Millar (HUCK, Kingsman: The Secret Service) and Greg Capullo (Batman) which launched today is being rushed back to print immediately to keep up with the overwhelming customer demand.

REBORN explores a jaw-dropping world of possibility in a sprawling, science-fiction/fantasy epic that readers won’t want to miss out on. Where do you go when you die? Not heaven or hell; somewhere else. Somewhere you have to fight to survive. Somewhere the people from the past are waiting for you—the good and the bad.

“Delivered what I had hoped to see on Batman with Reborn. It was exactly what I wanted to see previously, but here it was on a new title… If his Batman looked like this, I would wait the extra time in-between arcs just to see his art… His art shines on this issue from the mundane to the extreme fantasy elements.” —Comic Bastards

“This is masterful storytelling.” —AiPT!

“Reborn #1 is like the methed-out love child of Edgar Rice Burroughs and Frank Frazetta. An epic tale of sci-fi and fantasy with an emotional core that packs a wallop… an absolute gem: the most fun debut of 2016. Make room in your buy pile for this one. You won’t regret it.” —Flickering Myth

“When a Mark Millar-penned comic comes out, you can bet a movie adaption won’t be far behind… But the number one thing to get excited about is that Batman artist Greg Capullo is bringing Reborn to life. We’ve watched him pump out one stylish, hard-hitting Batman comic after another for the past five years, and now we’re ready to watch him unleash his talent on a wholly original concept with Millar.” —IGN