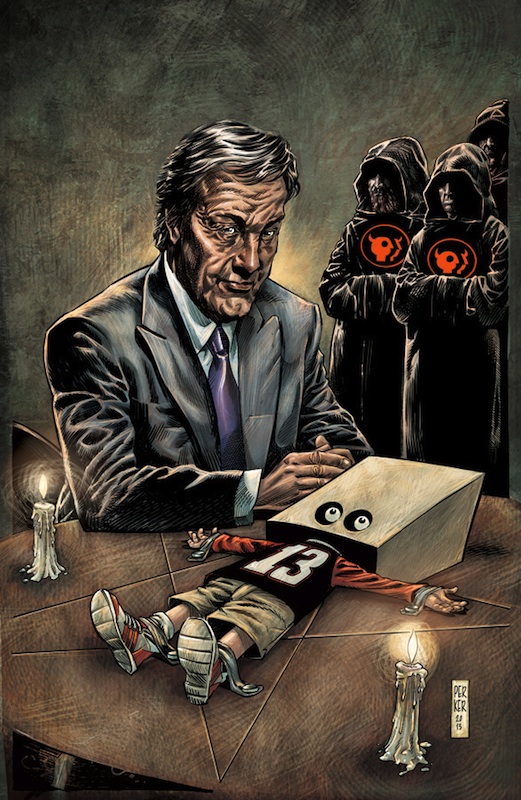 Image Comics Todd- The Ugliest Kid on Earth Gets Animated

“We are beyond thrilled to be the producing partner for TODD, THE UGLIEST KID ON EARTH alongside the animation geniuses at Titmouse, Inc.,” says Plonka. “This is the most deliciously f**ked up comic book we’ve ever seen, and it will be our distinct pleasure to bring it to life on the screen.”

TODD co-creator M.K. Perker says, “We wouldn’t trust just anyone to shepherd the deranged and dysfunctional world of TODD to the boob tube, it had to be just the right group of godless, self-medicated comedy producers and animators.”

“When producers of the edgiest comedy on TV want to take on the edgiest comedy in comics, it’s a no-brainer,” says writer and co-creator Ken Kristensen. “Plus, Internet pirates have been complaining that there aren’t enough forms of media through which they can steal our little bag-headed bastard. Well, pirates — you’re welcome.”

This is the latest in a string of TV development pacts for Kristensen, who earlier this year signed deals with Ryan Seacrest Productions, Discovery Studios, and whose one-hour pilot is currently in production at A&E.

TODD, THE UGLIEST KID ON EARTH sold out of the first print runs of issues 1 and 2 in the first twenty four hours of release. The trade paperback collecting the first four-issue story arc will hit stores August 7, 2013. Issue 5 hits stores September 4.