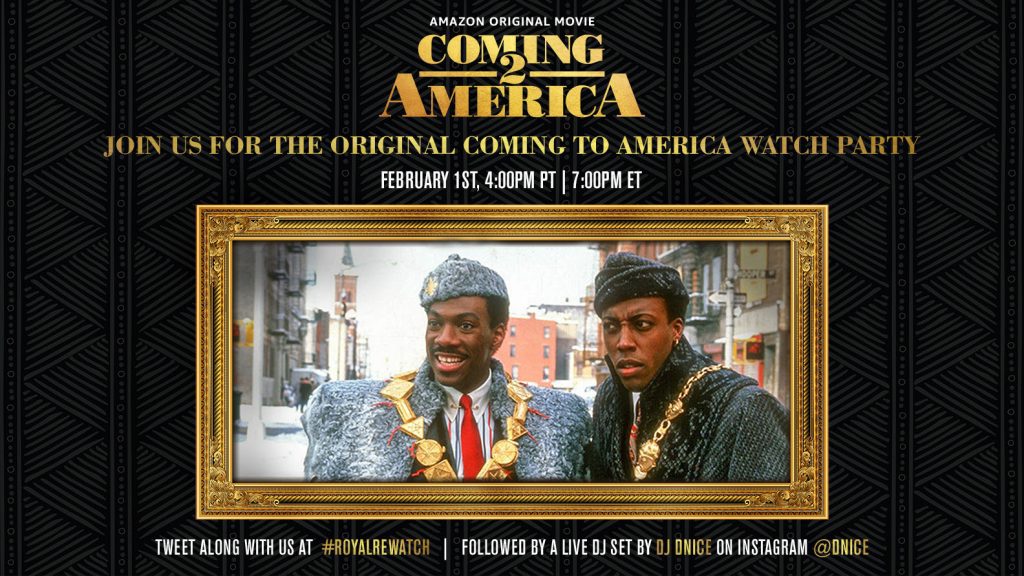 Join us for a #RoyalRewatch of the original COMING TO AMERICA! Just in time for COMING 2 AMERICA

Kick-off Black History Month by celebrating the arrival of the original COMING TO AMERICA on Prime Video February 1st!

The #RoyalRewatch will start at 4PM PT, followed by an 80’s throwback live DJ set by DJ D-Nice over on Instagram Live.

Join the Twitter Watch Party by following along on @PrimeVideo and @ZamundaRoyals!

And don’t forget to mark your calendars for the return of the Zamundan Royal Family in COMING 2 AMERICA, arriving globally to Prime Video on March 5th.

Set in the lush and royal country of Zamunda, newly-crowned King Akeem (Eddie Murphy) and his trusted confidante Semmi(Arsenio Hall) embark on an all-new hilarious adventure that has them traversing the globe from their great African nation to the borough of Queens, New York – where it all began.

Nolan Smith
0
Tags :
Join us for a #RoyalRewatch of the original COMING TO AMERICA! Just in time for COMING 2 AMERICA