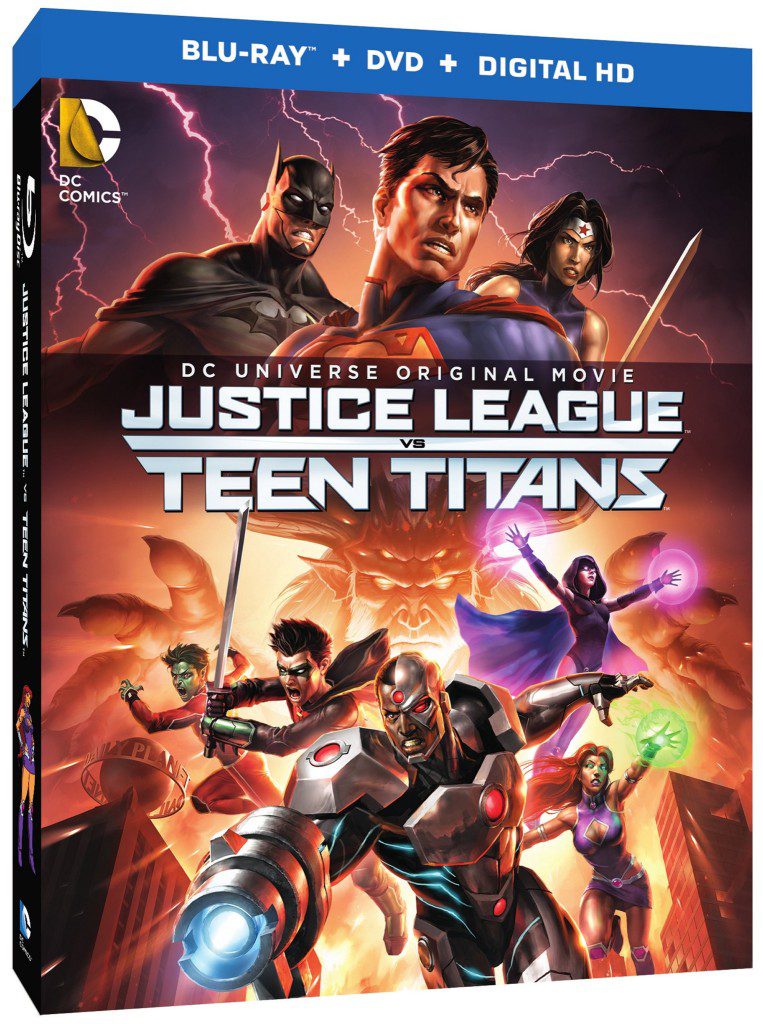 Justice League vs. Teen Titans to Premiere at WonderCon 2016 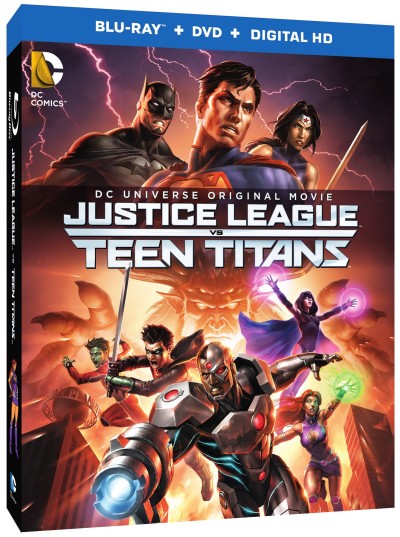 Warner Bros. Home Entertainment and WonderCon will offer fans the first opportunity witness the animated clash between veteran super heroes and their youthful counterparts when “Justice League vs. Teen Titans,” the latest DC Universe Original Movie, has its World Premiere at WonderCon during the March 25-27 weekend at the Los Angeles Convention Center.

The announcement is now live on the WonderCon website at http://www.comic-con.org/toucan/justice-league-vs-teen-titans-world-premiere-exclusively-wondercon-2016.

“Justice League vs. Teen Titans” welcomes the Teen Titans to the ever-expanding canon of classic DC Comics characters within the DC Universe Original Movies. When Damian’s over-aggressive tendencies almost destroy a Justice League mission, he is sent to learn teamwork by training alongside the Teen Titans. However, adjusting Damian’s attitude turns out to be the least of the Teen Titans’ troubles as Raven’s satanic, world-conquering father Trigon begins an escape from his inter-dimensional prison. To complete his return, Trigon must have Raven’s assistance – and to accomplish his goal, he spreads his demonic forces across the globe, infiltrating the minds and bodies of the Justice League to do his bidding. To save the universe and prevent a literal hell on Earth, the Teen Titans must rescue – or defeat – the Justice League, and intern Trigon for all eternity.

Produced by Warner Bros. Animation and DC Entertainment, Justice League vs. Teen Titans is directed by Sam Liu from a screenplay by Bryan Q. Miller and Alan Burnett based on a story by Miller. James Tucker is Supervising Producer. Burnett is also co-Producer. Sam Register is Executive Producer.

Produced by Warner Bros. Animation and DC Entertainment, the film will be available from Warner Bros. Home Entertainment on March 29, 2016 via Digital HD, and April 12, 2016 on Blu-Ray™ Deluxe Edition, Blu-Ray™ Combo Pack and DVD.