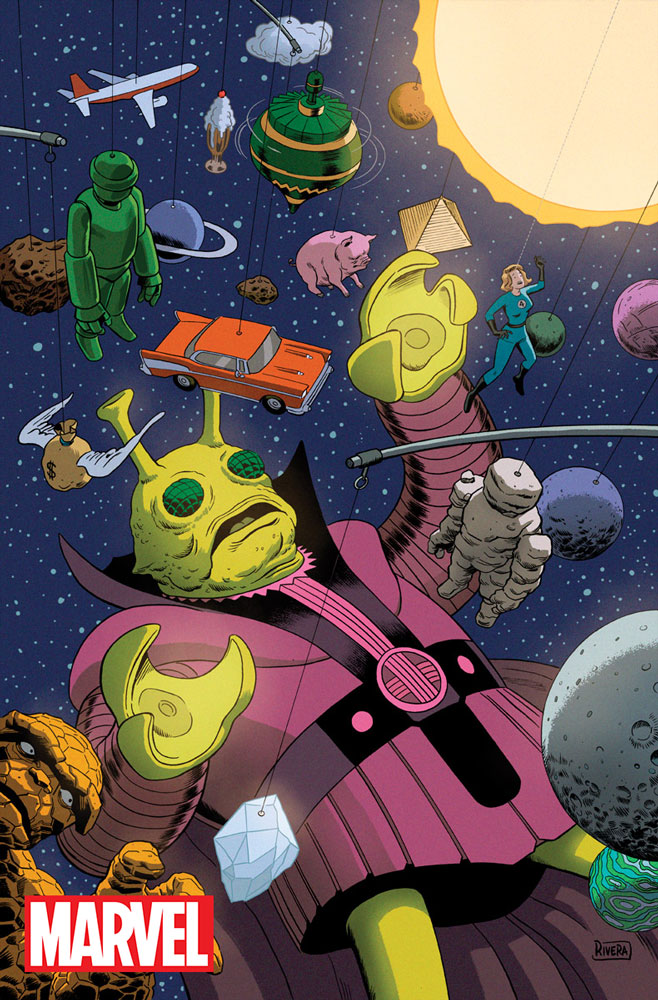 When monsters ruled the Marvel Universe, the wildly imaginative brain and pencil of Jack Kirby brought dozens upon dozens of these creatures to life. Monster comics may be a thing of the past, but Marvel is celebrating their legacy this October with over twenty-five KIRBY MONSTER VARIANTS coming to some of Marvel’s biggest new titles!  Featuring some of the industry’s most legendary and iconic artists, witness the inimitable imagination of Jack Kirby brought to life by Geof Darrow, Paul Pope, Art Adams, Eric Powell, Simon Bisley, Cliff Chiang and many, many more!

“Before helping to create the Marvel Universe we all know and love, Kirby lent his genius to creating all manner of creatures for titles like Tales to Astonish, Journey Into Mystery, Strange Tales and more,” says Marvel Editor-in-Chief Axel Alonso. “We’re beyond thrilled to celebrate him and bring these characters back to the fore this October for the KIRBY MONSTER VARIANT program.”

No fan can afford to miss out on these exciting variants featuring some of Jack Kirby’s unforgettable creature designs. Be there when the KIRBY MONSTER VARIANTS explode into comic shops beginning later this year!