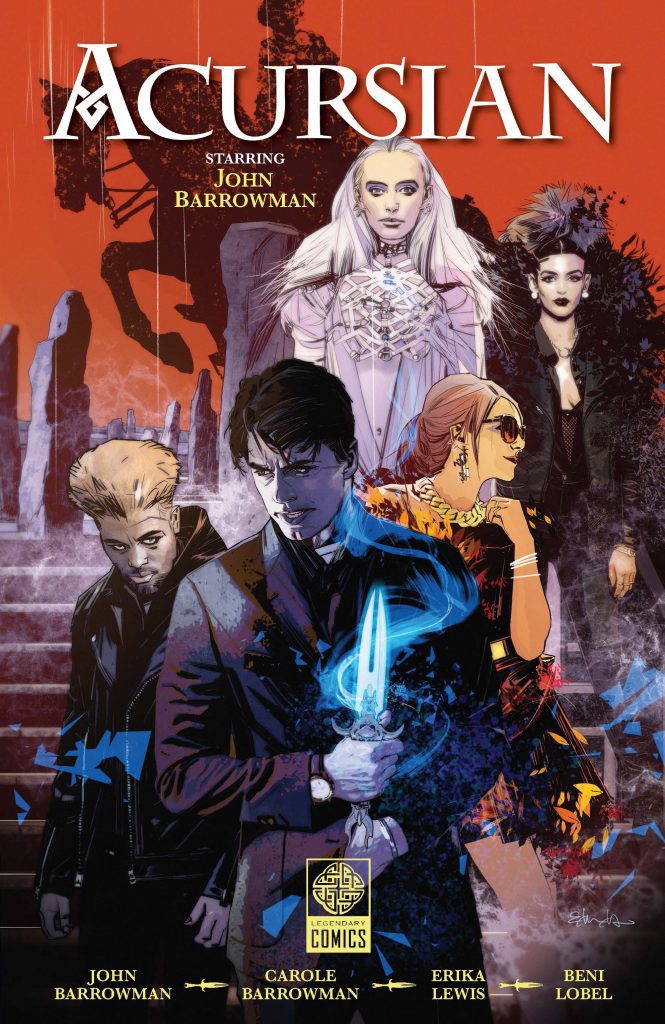 Charlie Stewart falls victim to an ancient curse. No matter what he does, every decision he makes, every relationship he has, every choice he’s given is doomed to fail spectacularly. Embarking on a quest for the truth behind the supernatural forces re-writing his life, Charlie discovers that it isn’t just Charlie. His entire family is cursed. A curse that will, after him, fall on his young son if he can’t stop it. Real life and mythical legend collide as Charlie’s battle takes him into realms that no mortal was ever meant to see.

“We are delighted to present Acursian in this definitive format and re-introduce the vivid characters, mythology, and world created by John, Carole and Erika,” said Robert Napton, Senior Vice President of Legendary Comics.

“We are excited that fans can finally get their hands on a hard copy of Acursian,” said co-creators John Barrowman, Carole Barrowman and Erika Lewis. “It’s going to shimmer on their shelves.”