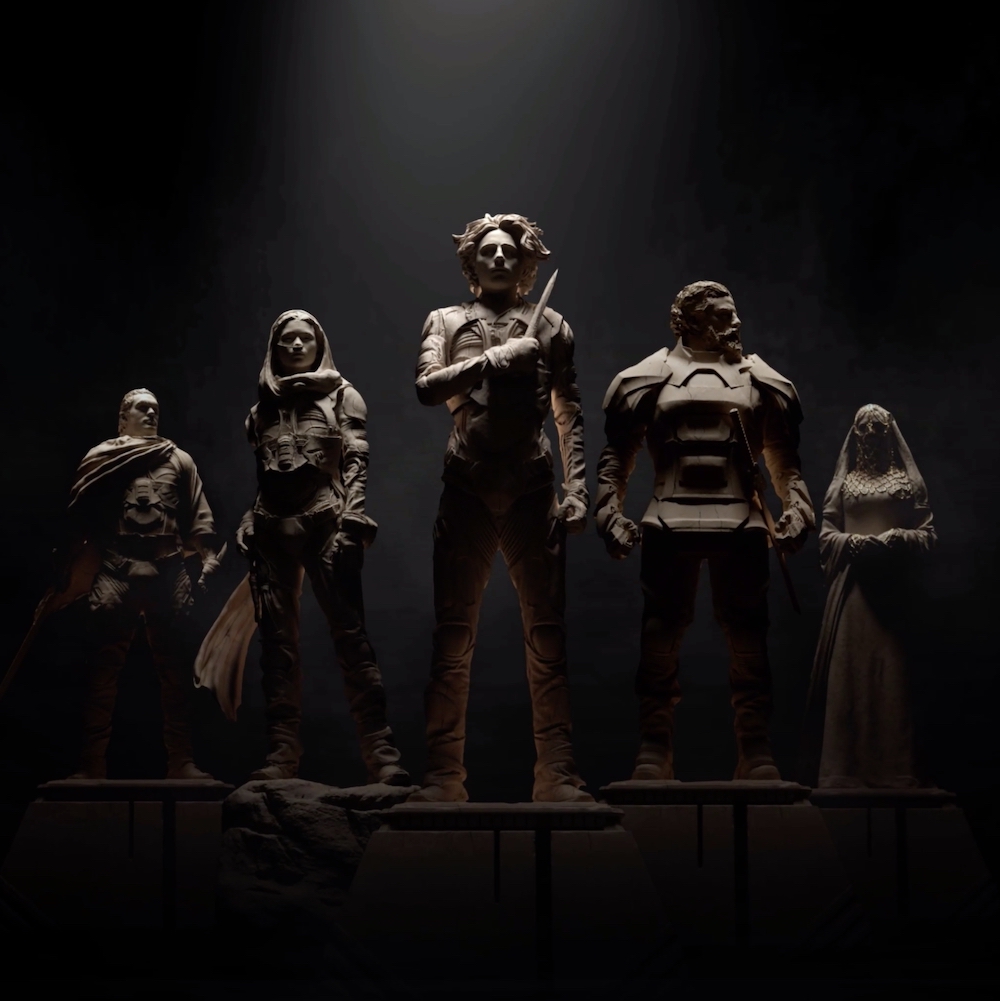 In celebration of the Fall release of Warner Bros. Pictures and Legendary Pictures’ blockbuster film event Dune, Legendary Entertainment, in collaboration with iv gallery, Lineage Studios, and MakersPlace will present an official Dune NFT collection of digital artifacts inspired by the rich world of Denis Villeneuve’s highly anticipated film. This wide-reaching collection, packed with surprises, will include artifacts capturing humanity’s “future history”, from detailed in-world royal portraits of iconic characters taken from the hallowed halls of House Atreides and House Harkonnen to towering sculptures and artifacts unearthed from the shifting sands of Arrakis – known to its inhabitants as Dune.

The Expanded Collection, Set to Drop in the Coming Weeks (Dates to be Announced):

The excitement of the Dune: Future Artifacts program will continue with additional drops featuring memorabilia and art meant to complete this thrilling digital museum.

The collection launches on September 22nd, with additional artifacts being launched throughout the month of October.

The adventure begins at http://www.dunemovie.com/futureartifacts.

“This collection represents an exciting new direction in the NFT space,” said James Ngo, Executive Vice President of Franchise Management for Legendary Entertainment. “We are thrilled to have created a new collectible experience for the fandom by using exclusive assets taken directly from the film to give enthusiasts a whole new way to not only acquire film memorabilia but also further immerse themselves into the world of Dune.

Legendary composer and lifelong Dune fan Hans Zimmer has composed THREE albums of music for Warner Bros. Pictures and Legendary Pictures’ Dune. Now available is the digital album The Dune Sketchbook (Music from the Soundtrack),which is comprised of extended, immersive musical explorations of the “Dune” film score. September 17th will see the digital album release of Dune (Original Motion Picture Soundtrack),featuring the iconic composer’s “Dune” film score. And October 22nd is the digital release date for The Art and Soul of Dune – the companion soundtrack to the book of the same title, offering uniquely crafted versions of the film’s main themes curated by Zimmer.

Legendary Entertainment is a leading media company with film (Legendary Pictures), television and digital (Legendary Television and Digital Media) and comics (Legendary Comics) divisions dedicated to owning, producing and delivering content to worldwide audiences. Legendary has built a library of marquee media properties and has established itself as a trusted brand which consistently delivers high-quality, commercial entertainment including some of the world’s most popular intellectual property. In aggregate, Legendary Pictures-associated productions have realized grosses of more than $18 billion worldwide at the box office. To learn more visit: www.legendary.com.

MakersPlace is the premier NFT marketplace for digital art. Launched in 2018, MakersPlace utilizes blockchain technology to facilitate the sale of authentic, original digital artwork, ensuring rarity and ownership for both creators and collectors. MakersPlace has emphasized accessibility since its inception, and has attracted a large mainstream audience as the first NFT marketplace to accept both cryptocurrency (ETH) and non-cryptocurrency (USD) payments, which it facilitates through crypto wallet and credit card transactions, respectively. MakersPlace helped catapult digital art and NFTs onto the global stage, with the historic sale of Beeple’s Everydays: The First 5000 Days for $69.3 million in partnership with Christie’s auction house in March 2021 – the record price for any digital artwork. Our mission is simple: to enable a vibrant future for digital creativity.