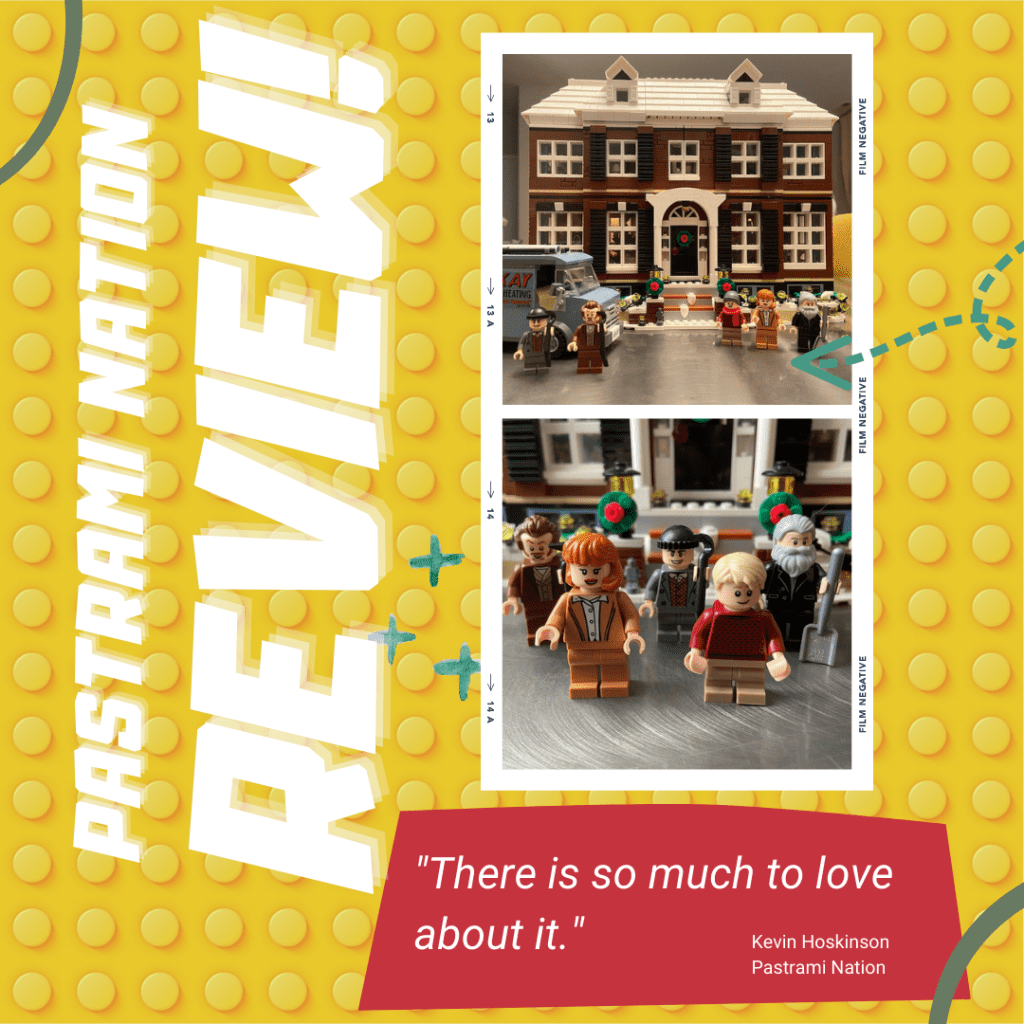 It’s a Christmas classic, and now you can play out your favorite moments when you bring home the Home Alone set from LEGO. This 3,995 piece set is a joy to put together and will fill you with cheer as you assemble the iconic house where Kevin McCallister took down The Wet Bandits for the first time.

Upon opening the massive packaging, you will find the first of many surprises. I’m not sure if it was done on purpose, but there are twenty-four steps to completing the build. If you build it in December, that is one step per day to lead you to Christmas Eve. You can wake up on Christmas morning to a fully completed McCallister house to play with after everybody opens up their Christmas goodies from Santa. It’s a small thing, but it helps make it special.

This set can be built any time of year, though. No matter the month or day, it will make you long for those cold winter days and hot chocolate by the fireplace. Every detail of it screams Christmas, and you can’t help but get nostalgic for the movie that inspired it as it comes to life in front of your eyes.

Like any house, the first thing you build is the foundation and go from there. It is two stories high with an attic space as well. Every detail is lovingly on display, starting with the first floor. Here we have the fake party scene that Kevin puts on to truck the Bandits into thinking it’s a full house. There is a cut-out of a basketball player (sadly, it’s not exactly Michael Jordan as seen in the film) as well as a mannequin torso spinning on a record player. The cool thing is that they actually move like in the movie, using a turning mechanism on the outside of the home. Here you will also find a Christmas tree, the dining room, kitchen, staircase, and basement (with a light-up furnace!).

The second floor is where the bedrooms are, and the bathroom is complete with a mirror, aftershave, and a toothbrush. In Buzz’s room, there is a collapsible bookshelf along with a picture of his girlfriend. The stairs pass through here as well, leading all the way to the attic. Up there, you will find a desk with Kevin’s battle plan laid out as well as a bed.

The set comes with five mini-figures with a few different variations. The set comes with Kevin, Kevin’s Mom, Harry, Marv, and the mysterious neighbor, “Old Man” Marley. You can bundle Kevin up with his beanie and scarf or leave him in his khakis and sweater, ready to go to war. Harry comes with a police officer hat, referencing his early appearance as a cop. It also comes with the Wet Bandit’s van and Kevin’s treehouse.

This is a fantastic set. It’s durable, and it’s very sturdy, which makes it easy to move around. If you are displaying it, the front opens up like a dollhouse; it’s very cool. There is so much to love about it, and it will make a great addition to your holiday decor or LEGO collection as a whole. It’s a fun build with a ton of surprises. Definitely pick it up!