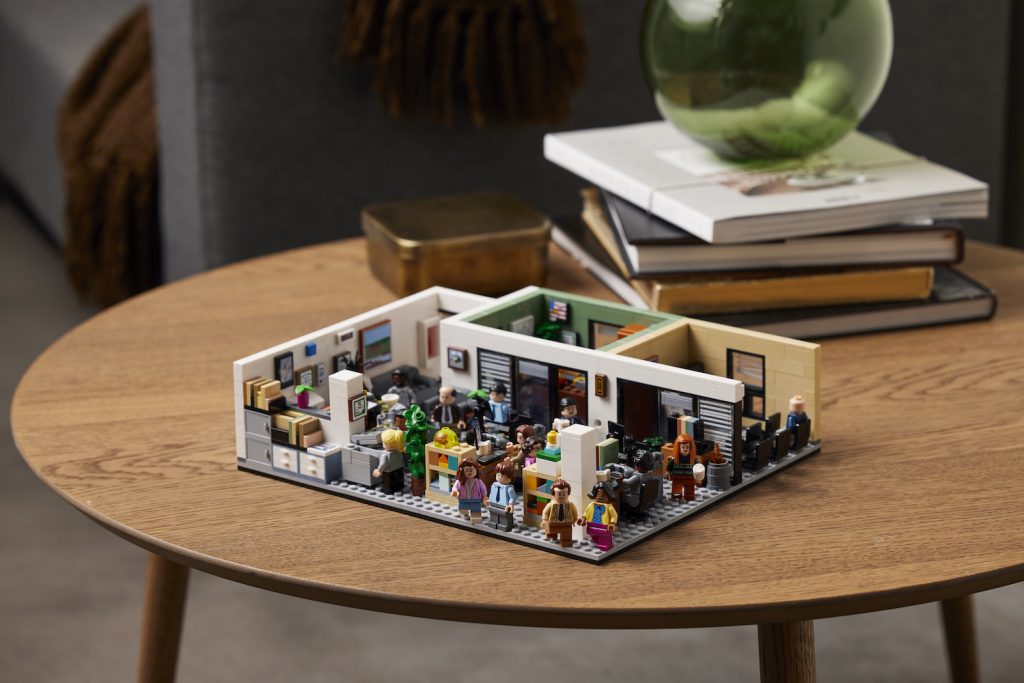 About the designers:
About LEGO® IDEAS submission designer, Jaijaj Lewis:
•Jaijai Lewis, a marketing professional from New York City, has worked on various versions of the model since 2014.
•Before this set, he submitted two other iterations, with both reaching the 10,000 LEGO Ideas supporters required to be considered for production.
•His last model is mainly based on the first seven seasons with Michael Scott as the “World’s Best Boss” before the character left Dunder Mifflin:
“For me, it’s a show I go to for comfort. It’s hilarious, relatable and heartwarming. I’ve heard from thousands of supporters over the years that during moments of hardship, they will watch it to lift their spirits. Overall, I worked on this project for nearly seven years. I used behind-the scenes photos, set blueprints and re-watched the show as references for my designs. It was a lot of fun to recreate classic moments from the show over the years. Even after I hit 10,000 votes, I continued adding new features to improve the model. One of my biggest changes was rescaling it to make the set smaller while keeping so many characters. I’m so grateful to the fans who came out to promote and vote for my latest designs, it really means a lot to me.”

LEGO Ideas Designers (and husband and wife duo) Laura and Chris Perron worked on the set as the LEGO Group’s own Jim and Pam.
•“Jaijai did a great job refining the scope and scale of the model, and we created the final layout and structure to capture as many iconic angles as possible, with room for 15 minifigures (and a cat). It was special being able to co-design this set with my wife, Laura; we felt we could play up the Jim and Pam dynamic. (Air high-five!) We didn’t want to hold back on references, so there are extra stickers and accessories to recreate your favorite moments.” -Chris Perron, LEGO Model Designer
•This project let me combine three things I love: my husband (Chris), The Office and LEGO bricks! We’re huge fans of the show and worked out a lot of the references and jokes in the model over dinner conversations at home. I’m really happy with how the reception desk turned out – its curve is very iconic, and we wanted to get it just right!”-Laura Perron LEGO Model Designer

**Where to purchase: **
The Office set will be exclusively available on Walmart.com in the U.S. (LEGO.com internationally) and is available for preorder starting July 15 and on-sale October 1.