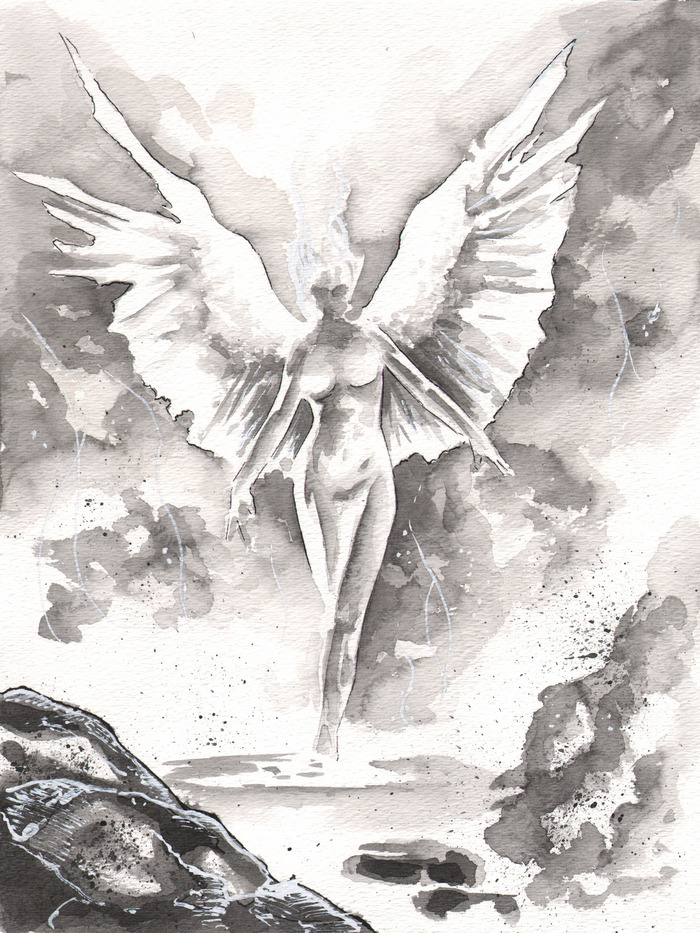 (Victorville, CA)– I often look to the crowd funding website Kickstarter for amazing new projects, and I have found some gems out there. Book of Da, God Hates Astronauts, Hex, 19XX; and that is only naming a few. Well, I think I found another massive hit waiting in the wings with Icarus.

What is Icarus? Here is directly from the Kickstarter page:

An original graphic novel from Gregory Wilson and Matt Slay about a being who falls from the sky to save a world from tyranny.

Icarus and Jellinek are, on the surface, about as different as two beings can possibly be.

Icarus is a tall, fair-skinned boy of around 17 who falls to the world of Vol from the sky with no memory of anything but his name. His is a graceful being with wings and incredible powers that he has no memory of how to use.

Jellinek is a four-foot hard-scrabble flamepetal prospector with tough red skin, a gruff disposition and general dislike of everyone around him, and a two-tailed lava-resistant creature called a “solar” as a companion.

On the day that their lives collide, everything about their world changes, and they discover that they have more in common than they can possibly imagine.

Together, Icarus and Jellinek will battle the tyranny of the Magisters, who have enslaved an entire people.

I watched the video, checked out the sketches and sequential art, and I was sold. I am proud to be a backer of it, and by the looks of the response thus far, I’m not the only one. So head on over to the Kickstarter page: http://www.kickstarter.com/projects/103879051/icarus-a-graphic-novel and see for yourself. Just don’t get too close to the sun…