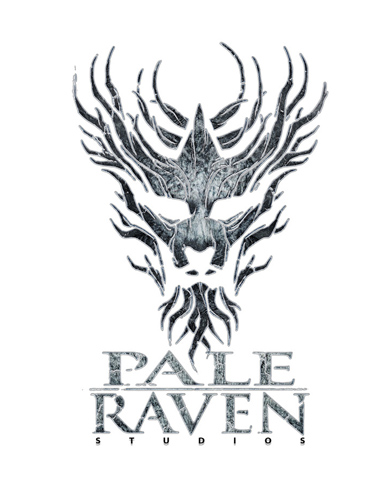 Let’s Kickstart This! The Dark Tales Of The Brothers Harrow

(Victor Valley)—It’s that time once again for Let’s Kickstart This! I love going around the crowd funding site Kickstarter and highlighting the simply amazing projects I stumble upon. Today’s spotlight is full of mystery and mind blowing imagery: let me introduce you to The Dark Tales of the Harrow Brothers.

What struck me about this project is the sheer mystery about it. Not just about the plot for both stories included (Avalon: The World Within and The Delta), but from the writers of the project as well. What is known about the Harrow Brothers? Not much, not even to the artists they are working on for this top notch project. So, what is the book about?

Here’s some info right from the source:

Volume 1 collects the first two issues of two sci-fi fantasy titles – The Delta and Avalon: The World Within. It contains over 130 pages of beautifully cinematic comic goodness.

Our goal is for the reader to experience the cinematic quality of film while merging the complex narrative styles of comics and literature.

AVALON: The World Within is a dark fantasy epic about a man who loses everything he loves and owns. And finally…loses his belief in himself. At his darkest hour, he awakens to the reality of an enigmatic fantasy world that mirrors earth, Avalon. Malcolm’s only wish is to find a way back home, but he soon finds himself at the center of a deadly conflict between six powerful entities vying for the rule of Avalon.

THE DELTA is the story of a self-righteous ex-military firefighter that awakens from a coma, twenty years after the chaos of Hurricane Katrina. New Orleans is now a dangerous post-apocalyptic nightmare and our hero fights his way through the dystopian Underworld to investigate his son’s disappearance only to discover that the answer lies in the darkness of his past.

Pale Raven Studios is a combined effort of VFX artists, writers, and illustrators dedicated to forging the future in storytelling; from comics, to games, to film and everything in between.

Levente Peterffy – Peterffy has worked professionally as a matte-painter and concept-artist at Blizzard Entertainment in the Cinematics Department. He has contributed to projects such as Harry Potter and the Half-Blood Prince, Angels and Demons, The Lone Ranger,Percy Jackson:Sea of Monsters, World of Warcraft (Cataclysm, Mists of Pandaria),Starcraft 2 (Wings of Liberty, Heart of the Swarm), and Diablo 3.

Alex Charleux – Alex is a freelance matte-painter and illustrator, who has worked on several entertainment projects such as the video game Remember Me (Dontnod Entertainment). His recent works includes illustrations for board games and video games, matte-painting for CG animations, the direction of the short film RED, as well as teaching digital painting.

Who are The Brothers Harrow? That question has yet to be answered with any fidelity. Are they trapped in a distant realm unable to return? Inter-dimensional time travelers gathering journals of their trips into the far reaches into the unknown? Dreaming hermits only able to communicate through stories? No one knows. But we do know that they have communicated with the illustrators of the stories, Alex and Levente.

The dark imagery instantly drew me in, as this has to be one of the most beautiful graphic novels I have come across. Available in paperback and hardcover, as well as in various other packages, this looks like THE Kickstarter project to back. I know I did. Check it out, and check out their links below.

1 thought on “Let’s Kickstart This! The Dark Tales Of The Brothers Harrow”