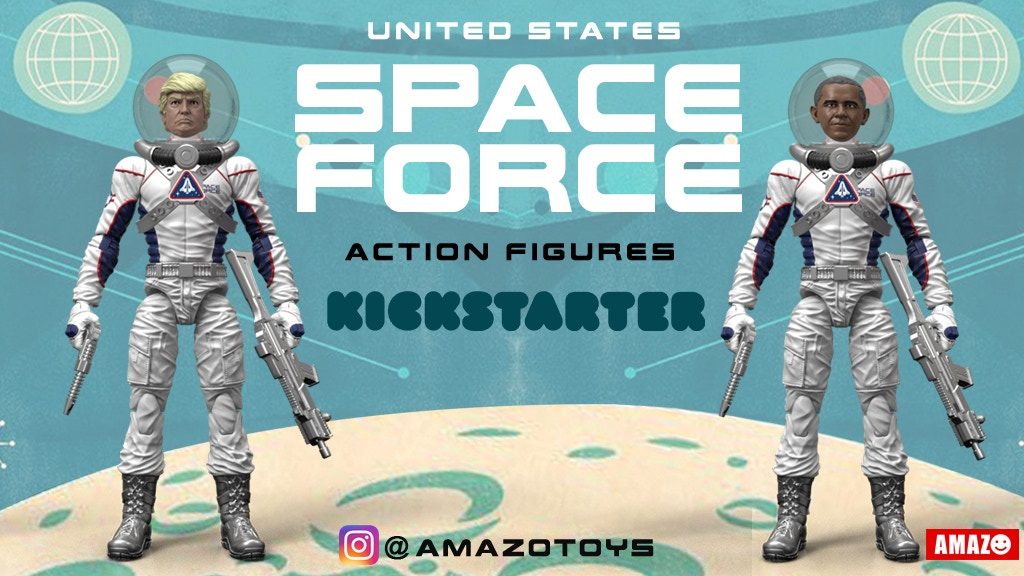 It has been far too long since I took a moment to shine the light down on a well-deserving crowdfunding project. Spotlighting Kickstarter projects has been a staple here at Pastrami Nation for years, and it will continue to be! Whether its comic books, video games, action figures, art, you name it- if there is something amazing on Kickstarter, we want to help bring it to life. So let’s do this, the first Let’s Kickstart This! of 2020 goes to the United States Space Force Action Figures by Amazo Toys!

Now, these figures look absolutely amazing! They are 4” action figure with over 14 points of articulation, including multiple accessories and 2 interchangeable heads. Want some info straight from Amazo? Here is the synopsis from the Kickstarter page:

Now how cool does all that sound? Wait, you want more? How about stretch goals that include MORE Presidential power? Like Teddy Roosevelt, George Bush JR and SR, George Washington, and the ghost of Ronald Reagan! Yes, the ghost! Plus your own agents wearing black suits like that famous movie and comic book!

This lineup has so much fun in it, you just know it will be funded. Hats off to Amazo Toys for the well thought out, well-planned Kickstarter project, and spot on sculpts! Fans of G.I. Joe, Eagle Force and more should be all in for this! I know I will be backing it! Check out the project at https://www.kickstarter.com/projects/amazotoys/united-states-space-force-action-figures/.