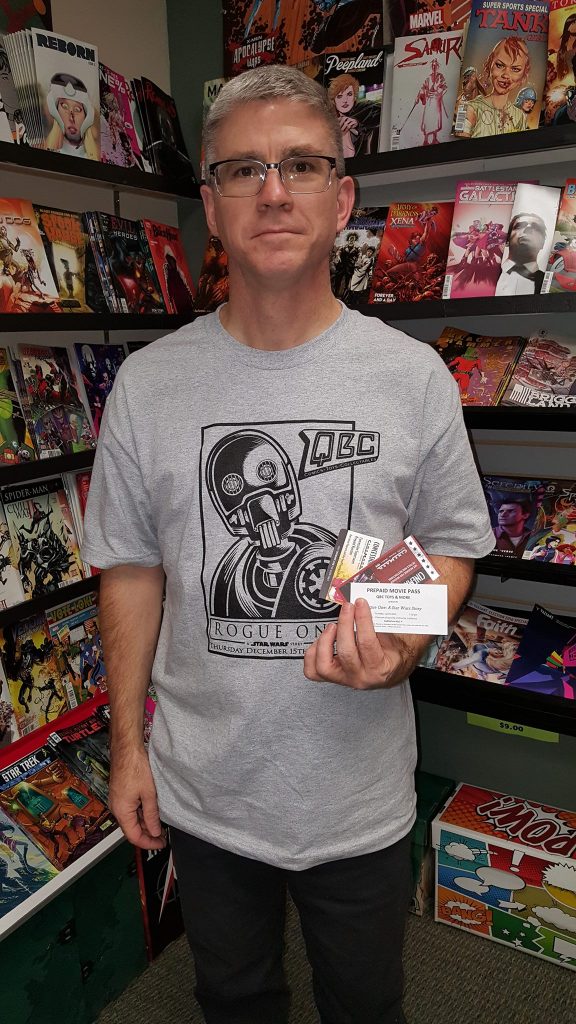 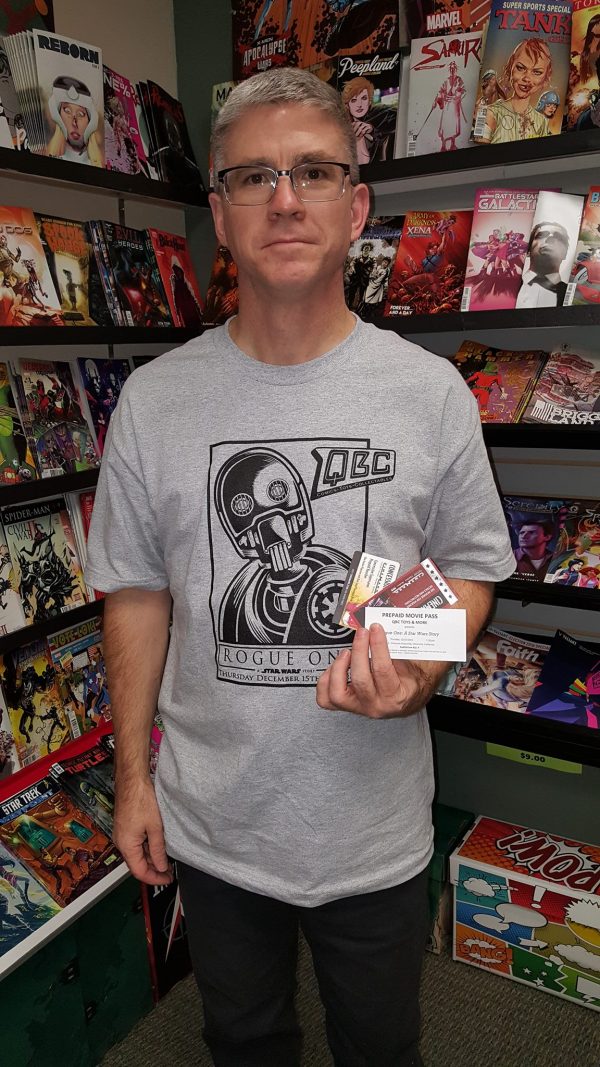 QBC Toys and More Rings In Rogue One: A Star Wars Story in Style

(Victorville)– This Thursday, theaters across the United States will be premiering the latest chapter in the Star Wars franchise when Rogue One: A Star Wars Story releases. For QBC Toys and More, a comic book and collectible store in Victorville, the movies release was the perfect opportunity to have the store’s first ever private screening.

The film is set to take place after the prequel trilogy and before the iconic film, Star Wars: A New Hope. With a seemingly much darker tone to it than what we have seen in with the two trilogies, Rogue One has the world buzzing on what exactly happens to a small band of rebels on the hunt for the blueprints to the all powerful Death Star. Throw in everyone’s favorite dark clad villain, Darth Vader, and this is easily a film not to be missed.

“As for the excitement level, on a 10 point scale, it would definitely be a 11,” said QBC Toys and More Owner Robert Lamphere. “Many of Star Wars fans come to our store knowing that we the owners are huge Star Wars fans. Fans are excited for this movie because it is different from previous movies and yet has a lot of the old style Star wars that many of us grew up with.”

The comic book shop will hold a private screening of the film on Thursday at the Cinemark 16 Theaters, located inside the Mall of Victor Valley. The screening, which sold out weeks before the actual release date of the film, will have an audience comprised of Star Wars fans from across the Victor Valley. QBC was able to secure a private screening due to the long time negotiations with Cinemark Theaters, as the comic shop had been in contact with the theater since the movie was officially announced.

“Ever since we heard about Star Wars Rogue One, Crystal (Owner of QBC Toys and More) immediately started contacting the local High Desert movie theaters asking about hosting an event for the movie,” said Lamphere. “Cinemark Theaters quickly responded and gave us up to date information about getting us a theater. Being Huge Star Wars Fans we decided to keep the age group for teens up to adults and especially not knowing what the rating was going to be. A lot of our wonderful customers were happy to hear about this special event.”

Along with the movie ticket, QBC also created custom made Star Wars Rogue One T-shirts, with artwork by local Apple Valley artist Justin White and Apple Valley T-shirt designer Frank Newton. The showing will boast not only a room filled with die hard Star Wars fans, but trivia, prizes and more.

For more information on QBC Toys and More, visit their Facebook page at https://www.facebook.com/QBCToysandMore.