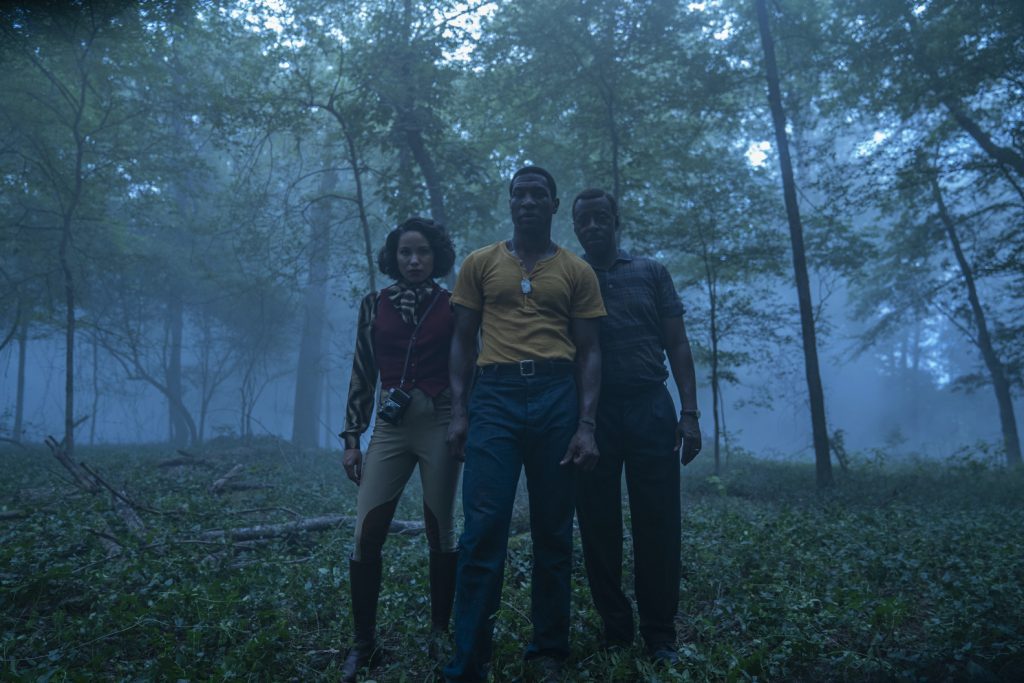 If the first episode of Lovecraft Country set up the story, the second one set up the tone and weirdness to come. It digs deeper into the mythology of the world, and it gives us a glimpse into the psyches of our main characters, and how they are struggling with their past regrets.

Finally leaving the road behind them, Tic, George, and Leti find themselves at the mysterious Braithwaite manor. A former slave plantation, they are welcomed by Vinklevoss (Jordan Patrick Smith), who works at the mansion. They seem to be welcomed with open arms, but Tic has the distinct feeling that something isn’t right with the whole situation. We meet the living members of the Braithwaite family, Christina (Abbey Lee) and the current patriarch, Samuel (Tony Goldwyn).

It’s from this point on when things start to get really weird. They know that Montrose (Tic’s dad) is on the grounds somewhere, but where? And why? They learn about the sordid past of the manor and about a pregnant young slave named Hanna (Joaquina Kalukango) who escaped before the original mansion burnt down decades prior. Their time staying there slowly turns into a psychological hell house, and they quickly learn that nothing is as it seems. The only way out might be Tic’s mysterious heritage, but they must work together to make it out alive.

The second episode of Lovecraft Country is as inventive and creative as the first. Beginning the episode with the classic theme song from The Jeffersons “Movin On Up,” you get a sense right away that something isn’t right. They went through hell the night before, there is no way everything could be as happy and shiny as it seems. And not to spoil anything, but nothing is happy or shiny in this place. The house knows them, knows their desires and regrets, and it uses it against all of them. This place is magical and full of secrets, but not in a good way.

Directed by Daniel Sackheim, the episode moves at a brisk pace while also giving plenty of time for the story to breathe and develop characters. Between the magic, monsters, and secret societies, there is a story about learning who you really are and facing your past. There is a lot to unpack, and when you introduce a storyline about slavery, it’s not to be taken lightly. But the creatives behind the show tell the story in a very respectful way without getting too heavy. It’s astonishing how they are able to balance the real-life terrors of the time with Lovecraft lore to create a thought-provoking, gripping, and entertaining story.

“Whitey On The Moon” is an excellent episode of television. The leads are wonderful as usual, the soundtrack is great, and it looks amazing. So far, Lovecraft Country has two solid episodes, and I hope the momentum can carry through the whole series.