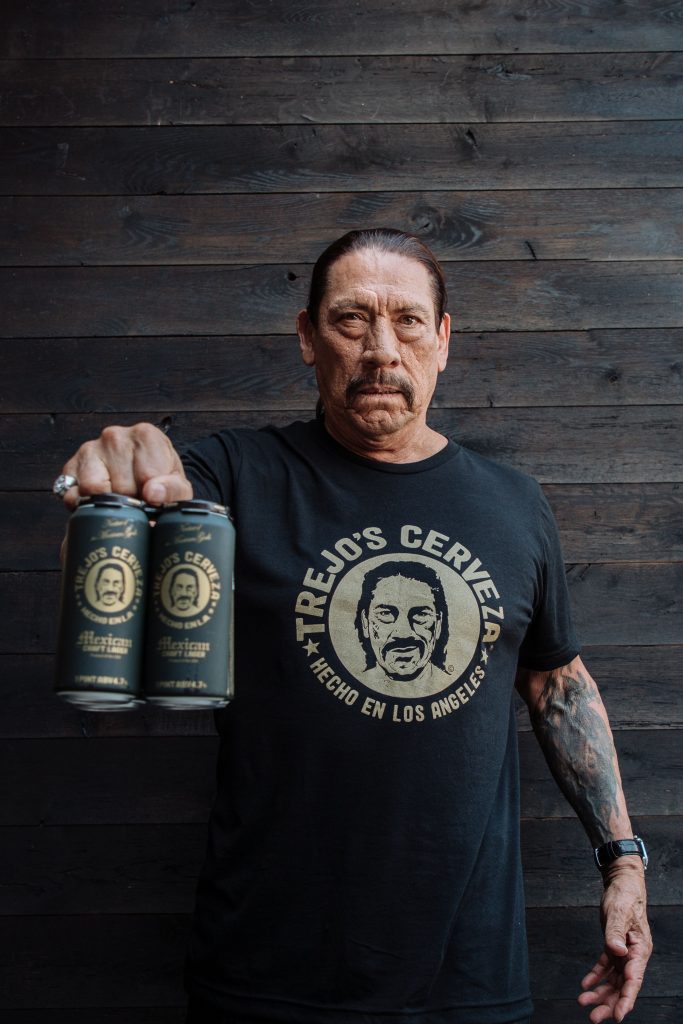 Actor and humanitarian Danny Trejo announces the statewide launch of his Mexican style lager, Trejo’s Cerveza. Prior to this expansion, Trejo’s Cerveza was only available in the Los Angeles area through retailers including Bevmo, Whole Foods, Ralphs and Total Wine.

Trejo’s Cerveza is as unique as its namesake. The crisp, Mexican style lager perfectly represents El Jefe and LA culture. With its bold, cool, and distinctive taste, it is designed to pair with food, but is also great when enjoyed on its own or in a michelada. Per Trejo and Burbank’s Lincoln Beer Company, the hops have been dialed back to make the beer smoother and less bitter than most Mexican style lagers.

“I’m excited to share the taste of Trejo’s Cerveza with Californians everywhere,” said the Trejo’s Tacos Founder. “We’ve been working on increasing our production capacity and it’s been enjoyed all over LA. But the time has come and we’re ready for so many more people to give it a try.”

With its distinct black and gold packaging, Trejo’s Cerveza is distributed across California by Wine Warehouse in 16 oz. 4 pack cans. It is also available in Arizona by Arizona Beer & Cider.