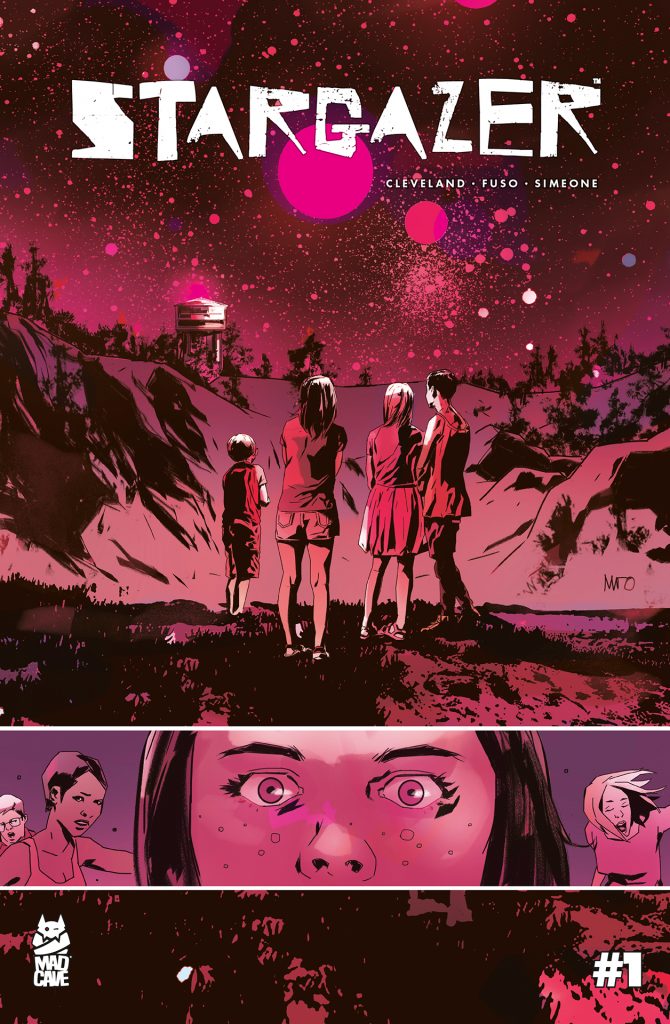 What if four children were abducted by a UFO and implanted with stolen technology capable of destroying an ancient alien race? What if twenty years later those same aliens want what was taken from them? Find out in Mad Cave’s intergalactic new series: Stargazer.

Mad Cave’s Editor-in-Chief Chris Fernandez explains about the new title: “From the moment we started playing with the idea of Stargazer, I knew this was going to be a special book. Whether you’re into coming of age stories like Stand by Me or UFO classics like E.T. the Extra-Terrestrial, Stargazer has something for you.”

“I truly enjoyed crafting the personal stakes for each character in comparison to the massive cosmic conflict going on above their heads,” said writer Anthony Cleveland. “What comes from that is an emotional story that I can’t wait to see readers respond to.”

“Anthony Cleveland does an amazing job blending the feel of a vintage blockbuster with all of the impact of a modern-day sci-fi thriller,” said artist Antonio Fuso. “You’ll love this book as much as I love working on it.”