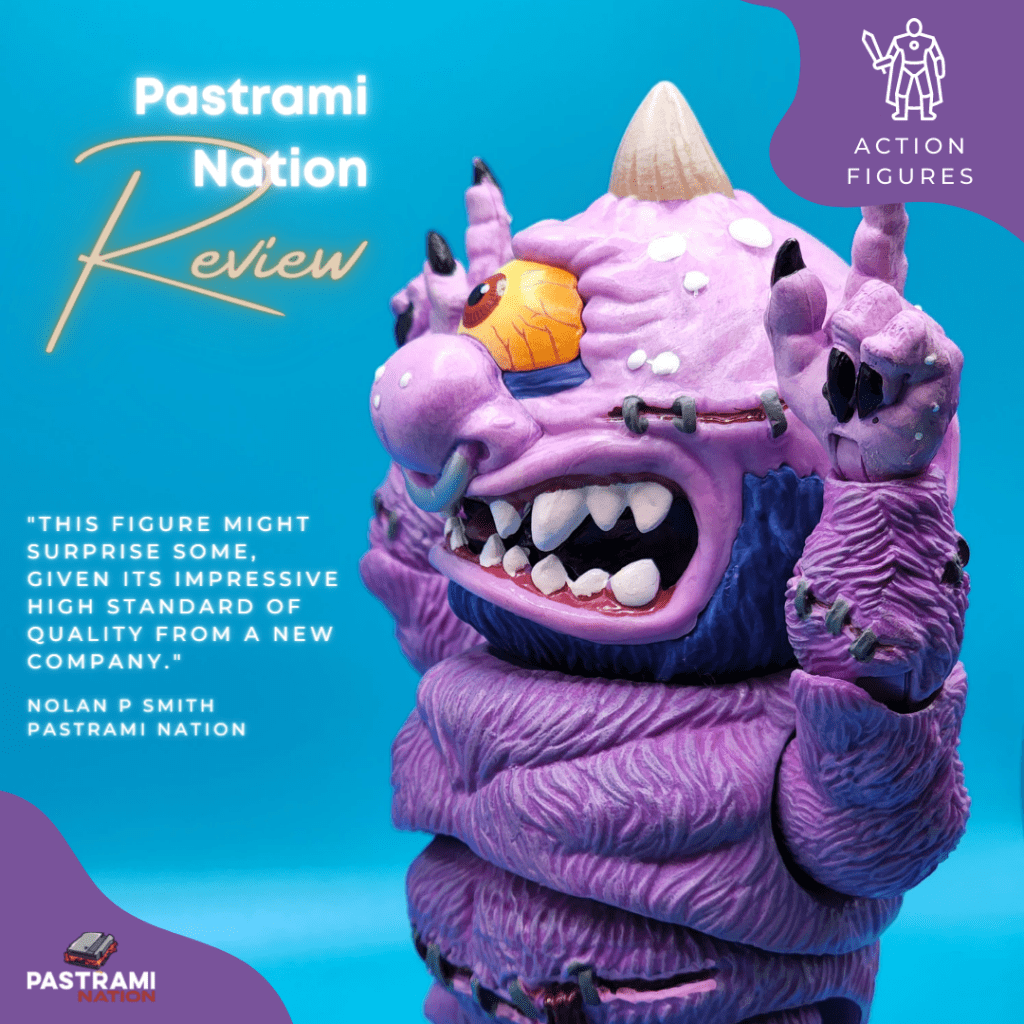 Madballs were all the rage when I was a kid. The disgusting squishy balls that struck a balance between putrid and perfect were a hit. Now, in 2022, the Madballs have returned as action figures thanks to the new toy company Premium DNA Toys, and I am doing my first ever Madballs review on my favorite from the lineup- Horn Head.

These six-inch figures are exceptionally well done- with 25 points of articulation and easy to snap off and interchangeable limbs with other Madballs figures (MADular technology, as it’s called); these are extremely well thought out, well-executed figures. Horn Head is quite the piece to behold in person: it has a solid weight, yet with joints that can hold the figure upright despite the girth. The figure comes with six extra hands and a turkey leg, club, and mace.

This figure might surprise some, given its impressive high standard of quality from a new company. This figure can look great in the 1/12 scale display, 1/18 scale, or just on its own. The paint apps are meticulous, and it shows- a fantastic paint job. From the figure itself to the detailed accessories, the paint applications here make the piece shine even more. I am incredibly impressed with Premium DNA Toys’ first outing with Madballs. Horn Head rises to the top of unique action figures in my collection.