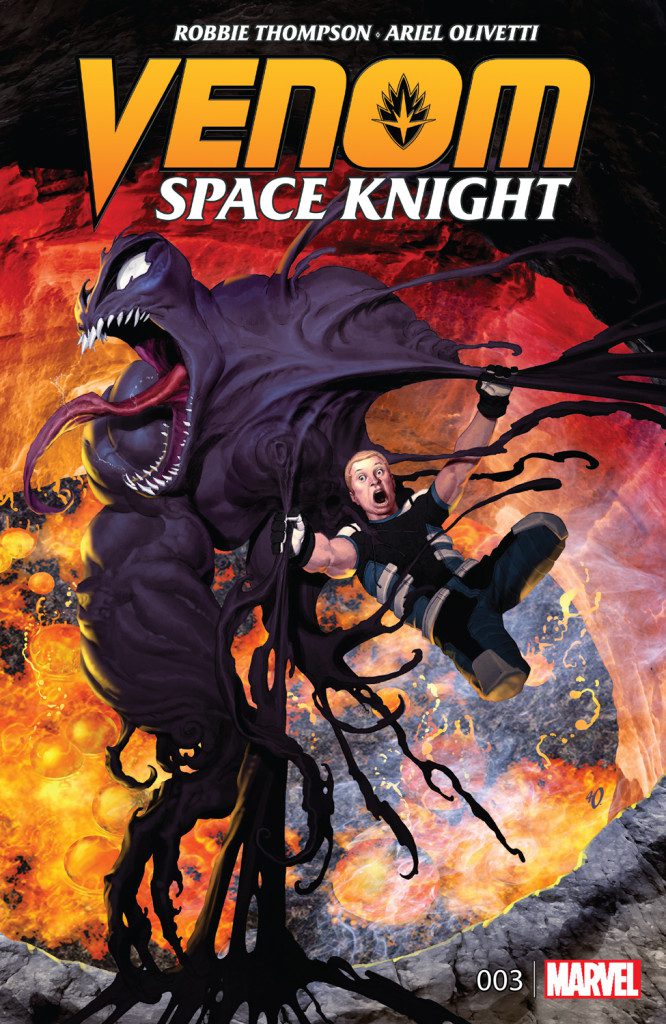 This spring, a special Marvel Comics storyline will delve into the trials, perseverance, and eventual triumph of wounded veterans aided and informed by one of the leading non-profit organizations dedicated to these wounded service members – Wounded Warrior Project® (WWP). The upcoming arc of Marvel Comics’ VENOM: SPACE KNIGHT will take readers through a powerful story that sees Flash Thompson abandon the alien suit, which has afforded him the ability to walk, to receive prosthetic legs.  Writer Robbie Thompson consulted with WWP spokesperson and double amputee Dan Nevins to portray an eye-opening look at the everyday struggles and incremental victories that wounded veterans face as depicted through Flash Thompson’s rehabilitation process in the story.

“Working with Wounded Warrior Project has been an invaluable part of the process of writing Venom: Space Knight,” says writer Robbie Thompson. “Dan Nevins’ insight was inspiring, generous and deeply moving, allowing us to create a more realistic character and story for the book. I’m forever grateful for their ongoing help and guidance.” Venom fights the most dangerous threats to the universe alongside Marvel’s Guardians of the Galaxy, but now host Flash Thompson is about to encounter his greatest personal challenge to date. He’s breaking free from the alien suit that provides him with not only immense power, but the ability to walk, despite the loss of his legs during the war in Iraq. Flash will face major physical and mental adjustments during the rehabilitation process that other veterans and service members like him go through every day in the real world.

“Marvel’s team has put so much time and consideration into the development of the Flash Thompson character as he faces this physical and emotional battle that many combat veterans have faced and are facing right now,” says Dan Nevins, WWP spokesperson, who consulted on the Venom: Space Knight script. “While the story itself is clearly sci-fi/fantasy, this storyline will bring awareness to the very real struggle of the obvious and not-so-obvious challenges in having lost limbs in combat, and to ultimately showcase the fortitude and resilience of the warriors Flash Thompson represents.”

This storyline continues a tradition of Marvel characters facing real-life obstacles and adversity. In collaboration with Wounded Warrior Project, VENOM: SPACE KNIGHT’s Flash Thompson will overcome co-dependency in the cosmos and navigate through his mobility limitations beginning within VENOM: SPACE KNIGHT #3. 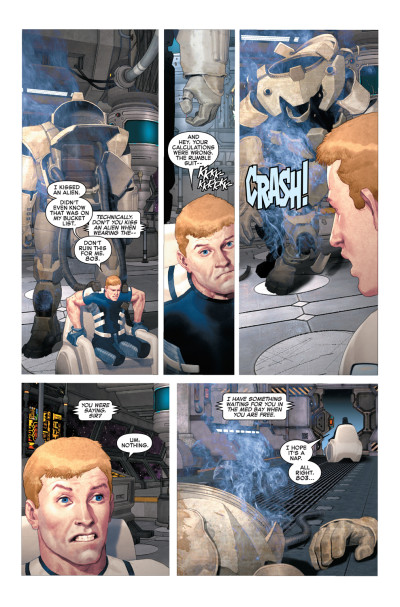 Marvel Comics, a subsidiary of The Walt Disney Company, is proud to continue the efforts that Disney has been tirelessly contributing towards to recognize and support those who have provided military service. Disney has hired more than 6,500 veterans since the launch of Disney’s Heroes Work Here program, and an additional 10,000 veterans have found jobs with companies who have attended Disney’s Veterans Institute, a one day no-cost program that helps companies build their own veteran hiring initiatives.

Join Flash Thompson as he sets foot on new and foreign ground, the Marvel Universe’s first ever collaboration with Wounded Warrior Project with VENOM: SPACE KNIGHT #3!

Marvel Entertainment, LLC, a wholly-owned subsidiary of The Walt Disney Company, is one of the world’s most prominent character-based entertainment companies, built on a proven library of more than 8,000 characters featured in a variety of media over seventy-five years.  Marvel utilizes its character franchises in entertainment, licensing and publishing.

The mission of Wounded Warrior Project® (WWP) is to honor and empower Wounded Warriors. WWP’s purpose is to raise awareness and to enlist the public’s aid for the needs of injured service members, to help injured servicemen and women aid and assist each other, and to provide unique, direct programs and services to meet their needs. WWP is a national, nonpartisan organization headquartered in Jacksonville, Florida. To get involved and learn more, visit woundedwarriorproject.org.

Supporting the U.S. Armed Forces has long been a Disney tradition, and Disney’s Heroes Work Here continues that proud legacy with a companywide initiative to hire, train and support military veterans. Disney introduced the program in March 2012 with a commitment to hire at least 1,000 veterans by 2015. Having exceeded that goal in the first year alone, with 1,300 veterans hired, the company announced in March 2013 that it would create opportunities for another 1,000 former service members over the next two years. To date, Disney has hired more than 5,000 veterans through Heroes Work Here.

The third component of Disney’s Heroes Work Here initiative is philanthropy. Disney’s philanthropic support of veteran and military organizations has exceeded $1 million since the launch of Heroes Work Here, and through the Disney VoluntEARS program, employees have engaged in several service projects with veterans organizations in communities around the country. To learn more, visit disneyveteransinstitute.com.