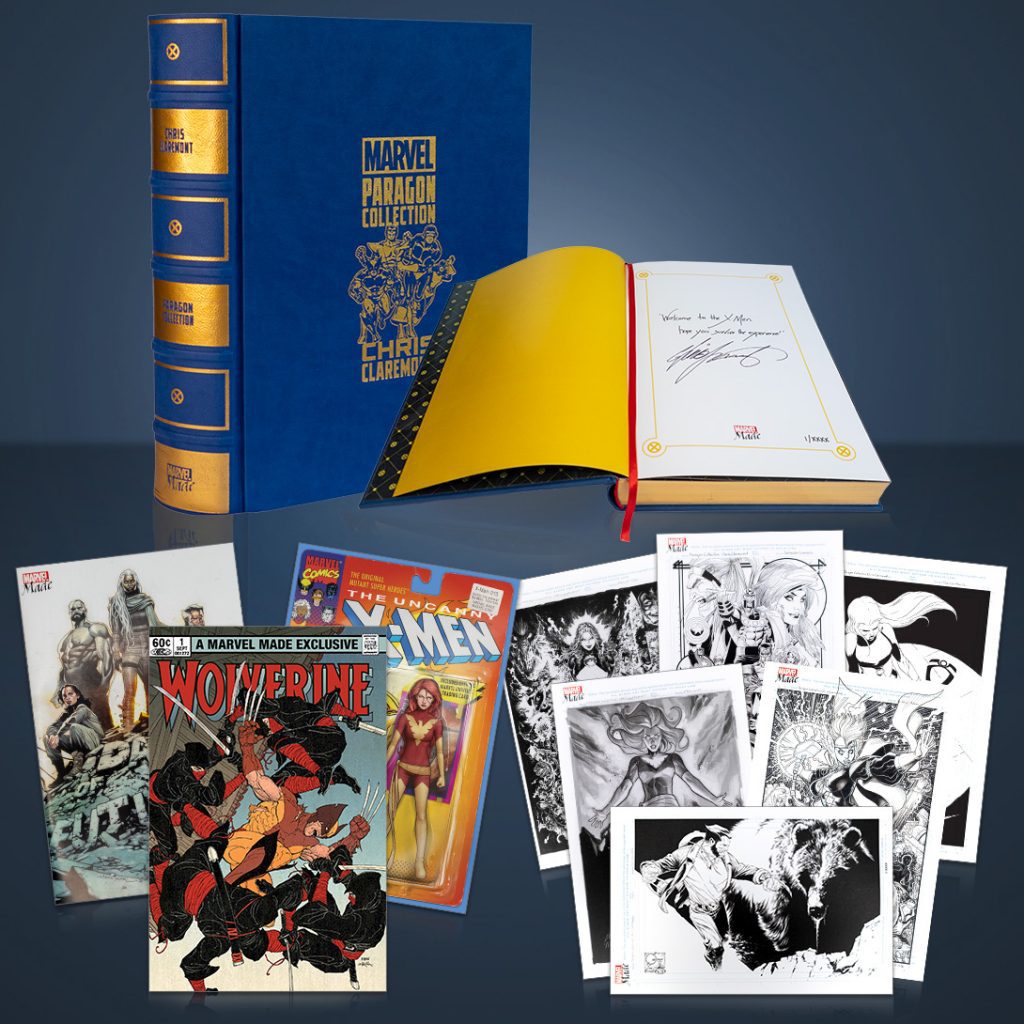 Written by Chris Claremont exclusively for the MARVEL MADE platform, the new Wolverine comic will tie directly into the days of his legendary 1982 Wolverine limited series with Frank Miller. Check out the beautiful cover for the new comic, drawn by iconic artist Steve McNiven!

“Time passes—unnoticed—and the hours I spent pitching to Frank in a mid-summer I5 tailback (that’s a ‘traffic jam’ for everyone on the west side of the Pond) became a 4-issue triumph,” said Claremont. “Not so long after that, those issues were joined by a two-part sequel to become—something even better. For me, it was a chance to work with Frank Miller & Paul Smith—two of the finest storytellers in this business, then & now—to create a story that reads as well today as it did then. Action-a-plenty, sure, but most satisfying of all for me, characters that were visually alive and emotionally vital. And those characters are who we’ll be seeing again in this exclusive new book.”

The new comic will only be available as part of the MARVEL MADE PARAGON COLLECTION: CHRIS CLAREMONT PREMIER BUNDLE. Bundles will begin shipping in March 2021.

Lauded as “one of the most impressive offerings this holiday season” by The Hollywood Reporter, the MARVEL MADE PARAGON COLLECTION: CHRIS CLAREMONT PREMIER BUNDLE is presented in an archival-quality oversized slipcase, which includes a gorgeous faux-leather, hand-numbered hardcover that collects mutant epics including The Dark Phoenix Saga and Days of Future Past; all-new lithographs from renowned artists such as Joe Quesada and Art Adams; and an exclusive variant comic book cover of Wolverine #6 by Olivier Coipel! And to make the hardcover one of the most rare and sought after collectibles for all X-Men fans, each copy will be signed by Chris Claremont and include one of four iconic X-Men quotes handwritten by the author as well as the world-debut of an exclusive 20-page prequel story for Days of Future Past, written by Claremont and drawn by Larroca!

The MARVEL MADE PARAGON COLLECTION: CHRIS CLAREMONT PREMIER BUNDLE ($199 + tax and shipping) will include:

The MARVEL MADE PARAGON COLLECTION: CHRIS CLAREMONT BUNDLE will not be sold anywhere else, so don’t miss your chance to own a stunning chapter of Marvel Comics history!

MARVEL MADE is Marvel Entertainment’s new online platform, powered by ReedPOP, that will offer an exclusive line of prestige Marvel products made to superserve Marvel’s biggest fans. Driven by demand from Marvel’s fan community, each new MARVEL MADE product will be released on a limited-time basis throughout the year. These products, all inspired by Marvel’s most iconic Super Heroes, will be made in collaboration with Marvel’s top industry partners and will be available for purchase through a mix of limited runs, flash sales, and minimum pre-orders.

To learn more about MARVEL MADE, visit marvelmade.net.