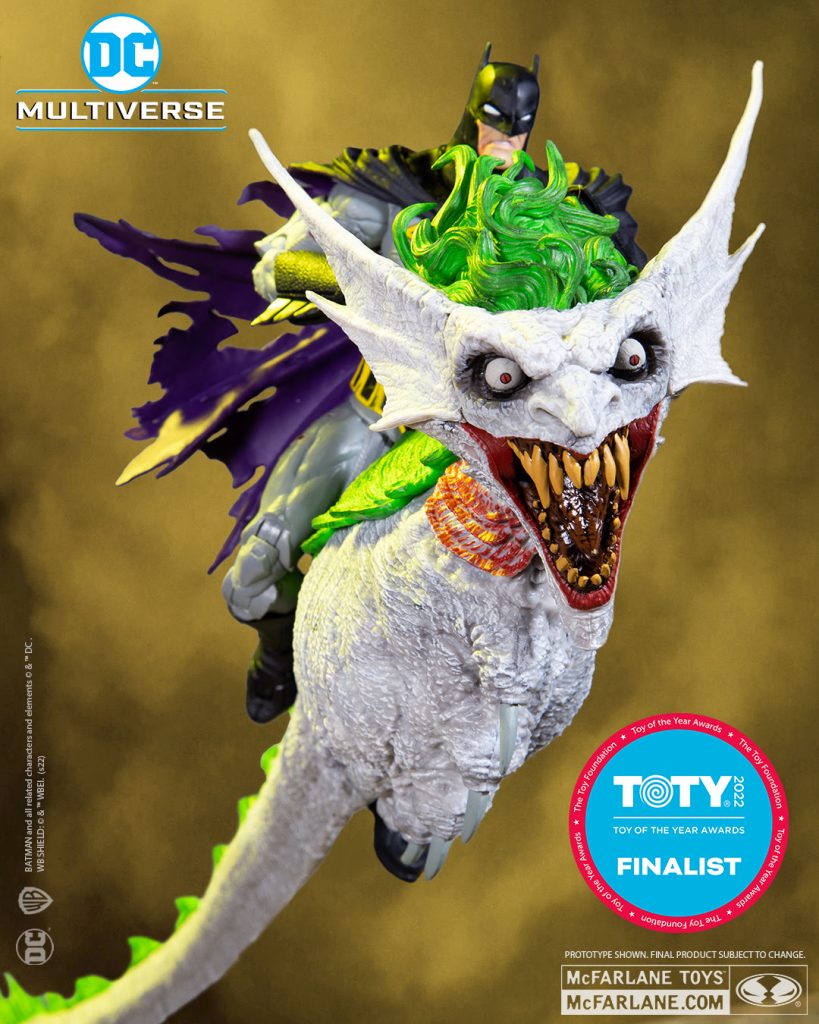 McFarlane TOY of the YEAR Nominee

Today, The Toy Foundation announced its finalists for their Toy of the Year awards. Finalists are selected by a panel of judges who factored in the design, quality, originality, creativity, and play value of each nominated product. There are 19 different categories capturing a wide range of products for people to vote on.

McFarlane Toys was honored with a nomination in the Vehicle category, which considers Toy cars, trucks, trains, and other vehicles in all scales, including R/C vehicles but exclusive of ride-ons. The figure nominated for this award was the McFarlane Joker Dragon (shown above).

Expanding on the DC Multiverse collection, the Joker Dragon was released in spring of 2022. The figure is based on the Dark Nights: Metal character, with a McFarlane twist. This incredibly detailed figure includes a bendable tail, movable jaw, and clear base. In addition, the dragon includes a collectible art card with figure photography on the front, and a character biography on the back.    “Nobody knows the exact origin of these beasts from the Dark Multiverse, but what is known is that they do the bidding of The Batman Who Laughs wherever they appear. During the invasion of Earth-0, the Bat-God known as Barbatos summons these great dragons to help his Dark Knights destroy the world, but they’re ultimately defeated by Batman and his allies. These ghastly beasts are as deadly as they are horrifying, and a powerful addition to the army of darkness that threatens to engulf the entire DC Multiverse.”