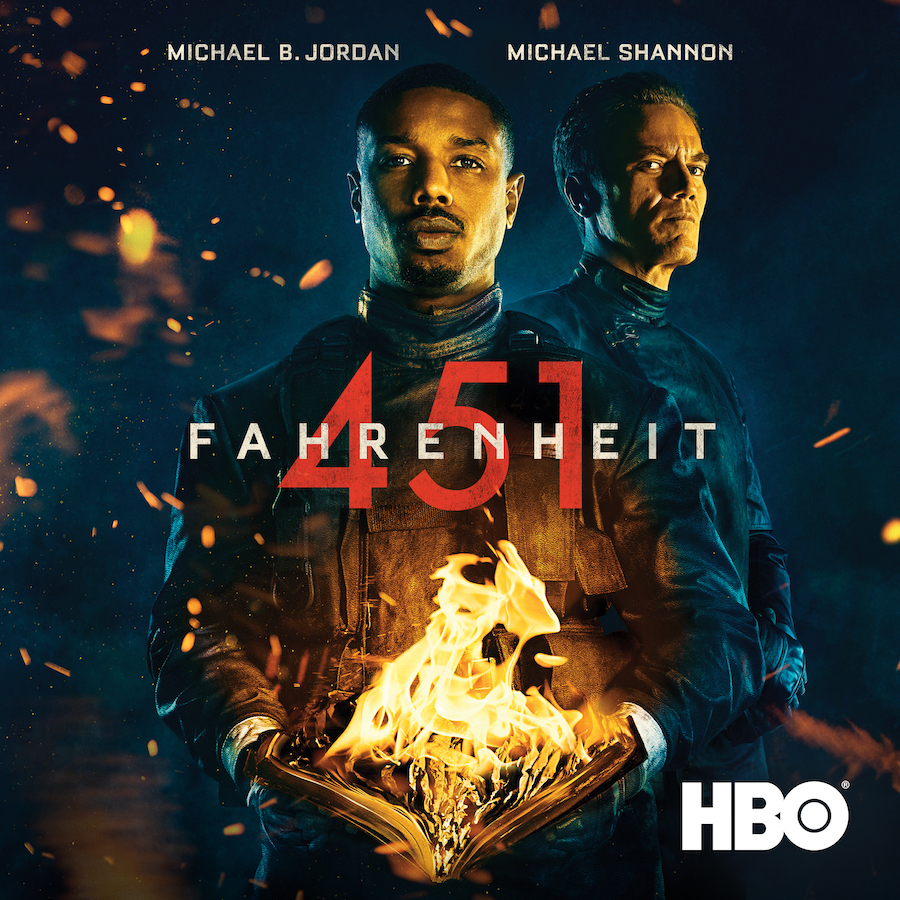 Imagine a society where books are outlawed and “firemen” have been tasked to burn and destroy any remaining literature, erasing history right before our eyes. This is the reality in Fahrenheit 451, a jaw-dropping new HBO Film starring Michael B. Jordan (HBO’s The Wire, Black Panther) and Oscar® nominee Michael Shannon (Shape of Water), available on Digital Download June 18, 2018 and Blu-ray™ and DVD September 18, 2018.

Based on Ray Bradbury’s classic sci-fi novel of the same name, the thought-provoking parable depicts a frighteningly plausible future where media is an opiate, history is purged and dissent is outlawed. The dystopian thriller centers on Montag (Jordan), a young fireman who forsakes his world and struggles to regain his humanity as he battles his mentor, fire captain Beatty (Shannon).

About HBO Home Entertainment®
HBO Home Entertainment develops, distributes and markets an extensive array of critically-acclaimed and groundbreaking programs in three formats—Blu-ray, DVD, and Digital HD—throughout the world.  Releases include the global hit Game of Thrones®, the #1 selling TV on DVD/Blu-ray title in major territories throughout the world over the past four years, in addition to current hits and classic favorites including True Detective®, Girls®, The Sopranos®, Sex and the City® True Blood®, The Wire® and Entourage®. The company’s catalog contains hundreds of titles including multiple Emmy® Award-winning mini-series The Pacific® and Band of Brothers®, which holds the record through 2014 as the all-time best selling TV on DVD/Blu-ray title in the US; provocative programs from HBO Documentary Films including The Jinx: The Life & Deaths of Robert Durst and The Case Against 8; innovative movies from HBO Films including Game Change and The Normal Heart; hit Cinemax® original series including BansheeSM and Strike Back®; and comedy specials featuring stand-up performers like Bill Maher and Billy Crystal.  Launched in 1984, HBO Home Entertainment has offices in New York, London and Toronto. The company’s releases are sold in more than 70 territories around the world and are digitally distributed on a transactional basis across an expanding number of territories and platforms.