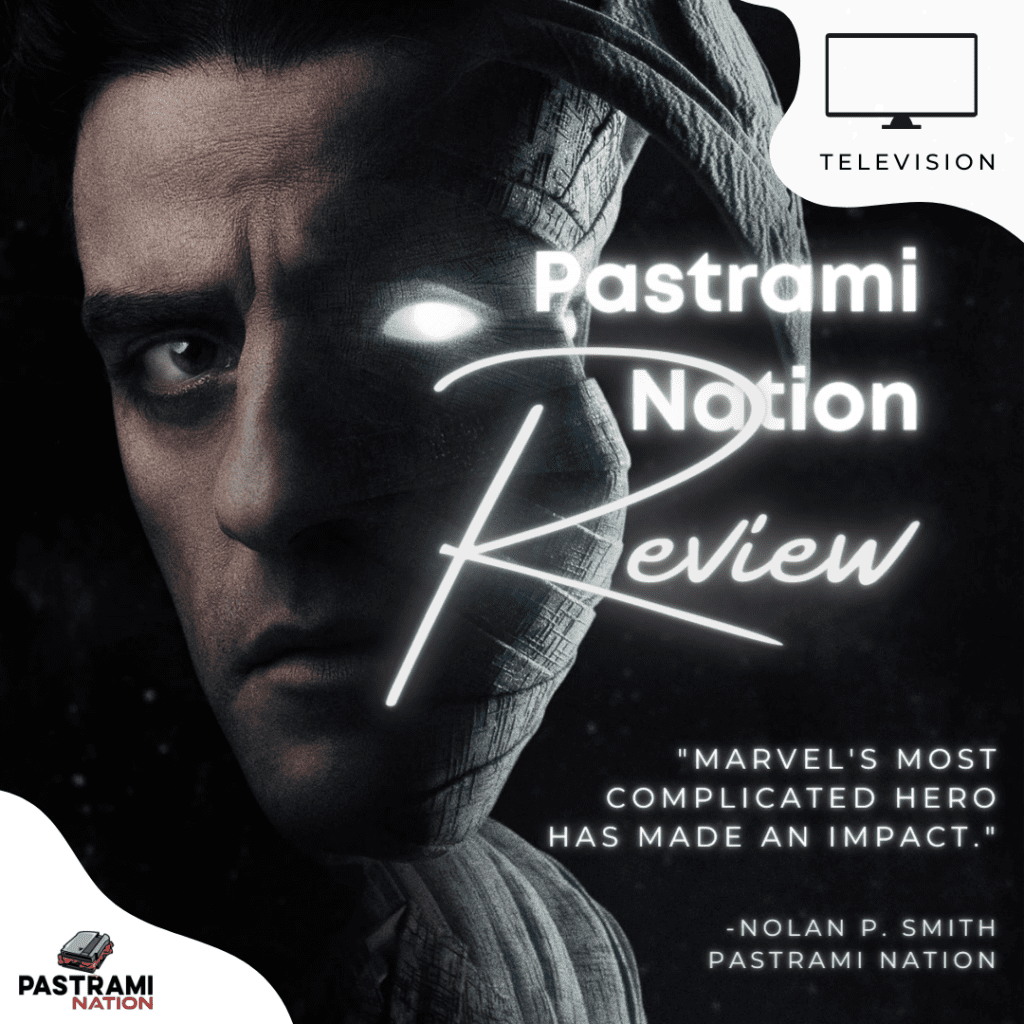 If you ask me who my favorite superheroes are, Moon Knight is always on the list. I have been a fan of the character since I was a kid, so to see this series become a reality has blown me away. But, in my opinion, Disney doesn’t always hit a home run with their series, as Hawkeye missed its mark for me (another of my favorite superheroes). So I was excited and nervous at the same time for the debut episode.

After watching it, I was blown away.

The series follows museum workers Steven Grant, played by Oscar Isacc. Or does it follow Marc, played by Oscar Isaac? The mind trip of an episode is made to perfection as we follow Grant through wild cut scenes and a mysterious voice in the back of his head. Steven wants a normal life, a shot at romance, and has some puzzling bedroom routines for security. When he wakes up in a distant land, tracked down by a mysterious stranger (Ethan Hawke) with ties to an Egyptian God, Steven finds himself in a world of trouble… and then the next moment, he’s fine.

It all boils down to a showdown one night at the museum, where the mysterious Moon Knight appears in one of the best Cinematic introductions to a superhero yet. Directors Mohamed Diab, Justin Benson, and Aaron Moorhead have created one of the best debut episodes I have seen in a series. The story, the music choice, the design of Moon Knight- it’s all absolutely amazing. Isaac gets the center stage and shows how incredible an actor he is.

Moon Knight is such a complicated character, with multiple personalities fighting for control, that it can be hard to translate from the comic book page to the small screen. Yet this episode makes it look effortlessly. Marvel’s most complicated hero has made an impact; I can only hope he’s here to stay in the MCU.