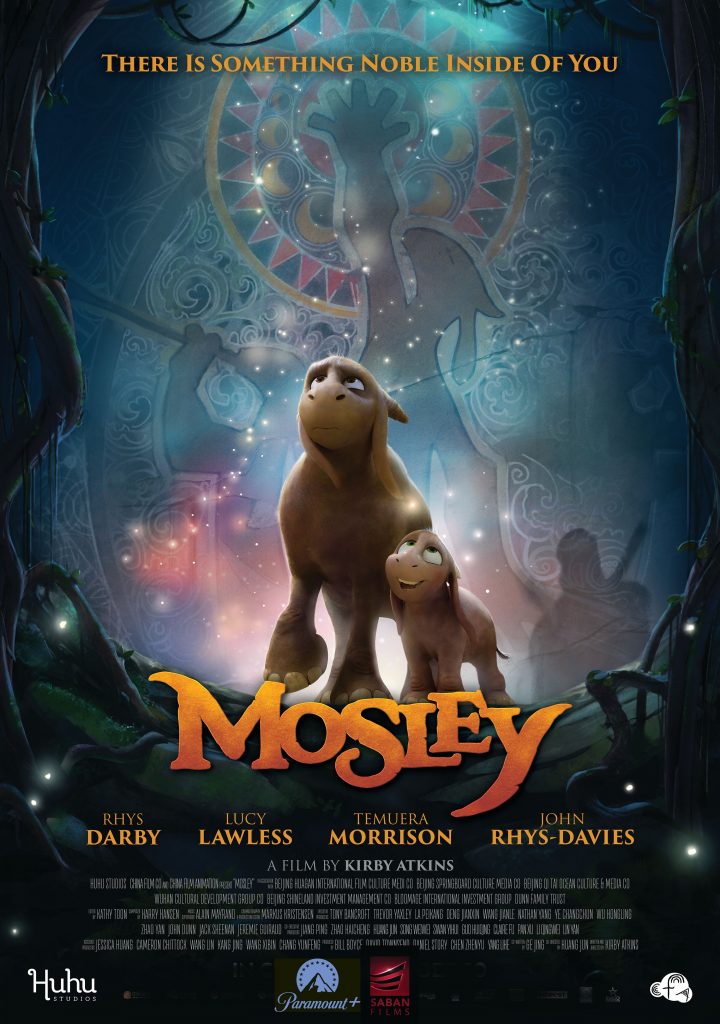 Mosley: A Journey Into The Unknown-An Interview with Kirby Atkins

From director Kirby Atkins, the new film Mosley is a decades-long labor of love. About 20 years ago, Kirby began developing the story, which was partly inspired by his time spent as a child on his grandparents’ farm not long after his mother’s death. The themes of the film are about coping with loss and learning to walk upright, learning to be your own person. After spending the next few years storyboarding the whole film, his daughter Leah, who was six years old at the time, became very familiar with the world and started becoming interested in the project herself.

Soon after this, Kirby had an idea to bring his daughter into the process. With the storyboards completed, he needed voices to bring the characters to life. Kirby decided to record his daughter and himself playing out a few scenes as the characters Rue and Mosley, which helped them become fully realized and gave them their personalities. This is where the project began to take shape, and these performances are the ones you hear in the film’s final version.

What started as a dream project finally became real when the film made its premiere in 2018 as the first New Zealand and China co-production of an animated film. The movie is about creatures called “thoriphants” who have been forced to live a life of servitude and have become beasts of burden. A family of four of them work on an isolated farm ran by a bitter farmer named Simon. One night Mosley and his young son Rue discover a cave with ancient drawings showing creatures just like themselves, only these have hands and are walking upright. Even though he’s not fully convinced they exist, Mosley’s mate Bera convinces him that the stories may be true and it might be worth trying to find them. This leads Mosley to embark on a harrowing journey that puts him in the sights of a brutal hunter hired by Simon named Warfield while also racing against the clock to save his family. It’s a beautiful story about how far you will go for your family and discovering your true nature along the way.

The voice cast includes Atkins himself, as well as Lucy Lawless (Xena: Warrior Princess), John Rhys-Davies (Raiders of the Lost Ark, Lord Of The Rings Trilogy), Temuera Morrison (The Book of Boba Fett, Moana), and comedian Rhys Darby (Jumanji, Flight of the Conchords). The film is a Huhu Studios production and will be distributed by Paramount and Saban Films on December 10th in theaters and Paramount+.

In the meantime, check out the interview we did with director Kirby Atkins about the movie, his process, and what the film means to him. It’s a great conversation, and we hope you enjoy it.

Kevin Hoskinson
0
Tags :
Mosley: A Journey Into The Unknown-An Interview with Kirby Atkins