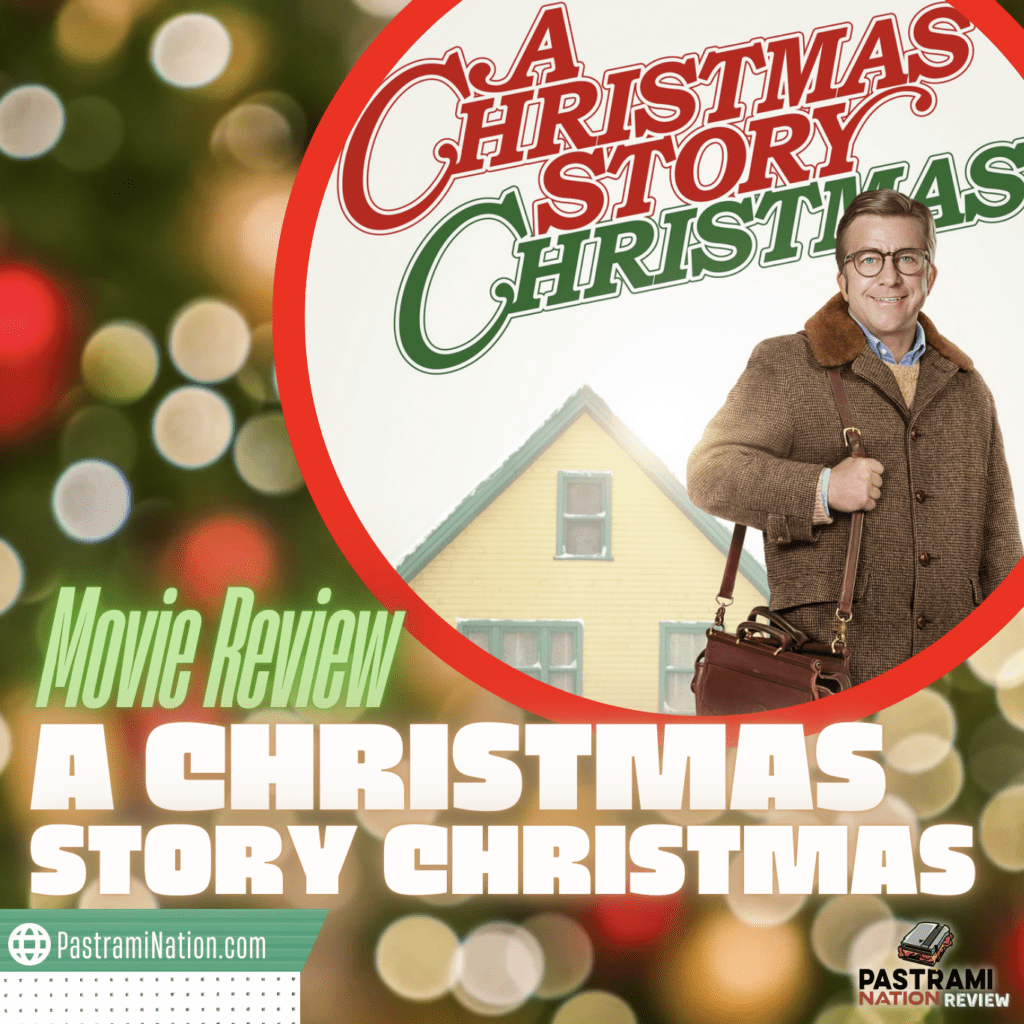 I am not afraid to admit it: I was never the biggest fan of the original “A Christmas Story” film. Maybe it’s because it was rerun all December long during my childhood years. Or perhaps it’s because of the somewhat unlikable characters- it was hard to connect with any, to be honest. But when I would rank the top Christmas movies of all time, this never made the list. So when it was announced that we would be getting a sequel that takes Ralphie into adulthood and fatherhood, I wasn’t super excited. So my wife and I decided to rewatch the original and jump right into A Christmas Story Christmas: what was the result?

Still, I wouldn’t say I like the original, but A Christmas Story Christmas is a Christmas miracle from Hollywood.

Directed by Clay Kaytis, A Christmas Story Christmas has everything I felt was missing from the original: heart, a likable father figure, and a story of redemption and family. Ralphie (Peter Billingsley) is now a family man- which his wife Sandy (Erinn Hayes), son Mark (River Drosche), and daughter (Julianna Layne), the family heads home for the holidays under the worst of circumstances: Ralphie’s old man had died. This takes Ralphie from the life of a failed writer back home as he tries to honor his father’s memory in an obituary, be there for his mom (Julie Hagerty), and face down a bully or two along the way.

This is how you do a sequel- with enough characters and connections to bring you right back to the good old days but with a smart, witty script that keeps the laughter and emotions rolling all the way through. Billingsley is fantastic as the leading man and man of the house as he tries to find his calling while balancing being a good husband and father- which he does exceptionally well. Layne and Drosche are great new additions and don’t fall into the “annoying kid” category we often see in Hollywood. Hayes is a great fit to counterbalance our now grown-up Ralphie, and the returning cast were a joy to see. Especially Zack Ward, returning as the raccoon cap-wearing bully, Farkus.

A Christmas Story Christmas is exactly what I wanted for the holidays. A film that makes you feel good, laugh and live in the nostalgia for a great hour and a half. You can watch it on HBO Max: it’s better than a Red Rider B.B. gun, and you won’t shoot your eye out here.